Social media: You can run, but you can’t hide 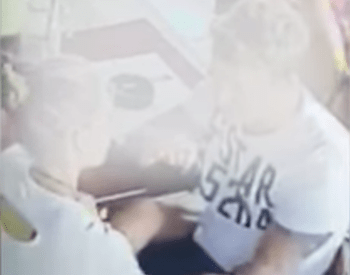 I remember the early days when I was first persuaded to join Facebook. That was in 2007 when we’d post about the mundane minutiae of our lives.

“Bettina Moss is waiting for her brother to fetch her. He is always late!” We were all innocent and naïve on social media back then. We’d send our Facebook friends virtual flowers for growing gardens and virtual fish for our aquariums and it all seemed a bit pointless, but harmless fun.

As the platform developed and rolled out more sophisticated features such as location tracking and check-ins, many people were concerned about privacy issues. Others welcomed this – it was an opportunity to show off about the fascinating places they’d visit. Like the gym, or the latest fancy restaurant, or the ski slopes of Val d’Isère.

Facebook offers a great source of intelligence, especially from the unintelligent. I remember reading some years ago about an Israeli soldier who posted and boasted the details of an upcoming mission on his Facebook wall – which obviously alerted the enemy and had to be cancelled, resulting in the soldier being dismissed.

While millions of egos are running rampant on the platform, artfully creating and curating their timelines to reflect how they want to appear in pursuit of validation from their followers, it has amplified the best and the worst of human nature and exposed it for all to see.

Recently someone posted on the Atlantic Seaboard Crime Watch, a closed Facebook group, about a pitbull having attacked their dogs on the Sea Point beachfront. This would not have escalated to the point that it did, had the woman who owned the pitbull not behaved so badly. He posted a photo of the woman and her dog on the group page and immediately received a whole lot of responses from other dog owners whose dogs had been attacked by the same pitbull, and who had received the same disgusting treatment from its owner.

The owner turned out to be an advocate of the Cape Bar. She was named and shamed on Facebook, including a post by a member of her family who corroborated what a terrible person she was and said she wouldn’t have anything to do with her. The dog has now been removed from the owner by the authorities and is currently being rehabilitated.

Warren Buffet said, “It takes 20 years to build a reputation and five minutes to ruin it”. Social media has the power to amplify this instantly in real-time. When the world is watching, you can run, but you can’t hide.

You can pretend to be anyone you want to be on ‘Fakebook’ but you’d better behave accordingly because your actions can easily sabotage and undermine that glamorous image you’ve worked so hard to create.

The ‘dine and dash’ phenomenon of people not paying their restaurant bills has also resulted in some recent naming and shaming on social media, with one Cape Town restaurant posting the CCTV footage of an offending couple leaving the restaurant. After the post went viral, the woman returned to the restaurant to settle the bill.

In another recent dine and dash, a restaurant in Cape Town published a post on Facebook, asking the public to “please help us find this man”, after he hadn’t paid his bill and had blocked them on his phone. This post also went viral, with members of the public, including some of his “friends” and colleagues baying for his blood. The public was quick to shift into vigilante mode and pointed out that he could be found at that particular moment as he’d checked in to another restaurant on Facebook.

The fact that this particular person had attended the best private school in Cape Town, and had worked for one of the top real estate companies in the country (both indicated on his Facebook profile) was also highlighted and brought into question, thereby casting aspersions on the brands he had aligned himself with as well.

With mountain fires being a serious risk during the Cape Town summer there are always numerous posts about people who have thrown lit cigarette butts out of the window, including photographs showing their car registration numbers.

In the era of social media ‘personal branding’ and ‘online reputation management’, your personal conduct can make or break you a lot faster and in front of a much bigger audience than ever before. Now more than ever, you can expose yourself and your life to the world, but you’d better make sure to keep your own proverbial nose clean.

Warren Buffet said, “It takes 20 years to build a reputation and five minutes to ruin it”. Social media has the power to amplify this instantly in real-time. When the world is watching, you can run, but you can’t hide.