The insanity of advertising regulation 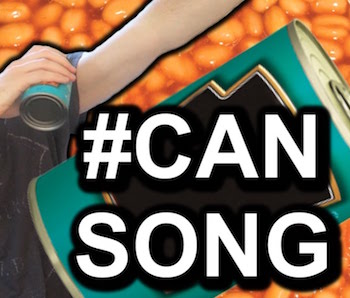 OPINION: I really don’t know whether they still do it, but whenever South Africa’s Advertising Standards Authority came under fire in the past, they always tended to claim that they were in sync with many other regulators worldwide, most specifically the ASA in the United Kingdom.

Which is pretty idiotic when you think about it because the ASA in the United Kingdom has long been under the spell of the quite ludicrous tsunami of political correctness sweeping Britain.

For example, this week the ASA in the UK banned a Heinz ad that has taken the internet by storm, featuring youngsters happily singing their hearts out to the accompaniment of instruments made out of tin cans.

The reason for the banning? Children might cut themselves on the tins. This decision falls into the realms of other insane examples of health and safety political correctness such as the banning in Kent of the use of a certain type of perfectly legal security glass in garden shed windows because “burglars might injure themselves when breaking in”. This is not a joke. It’s true.

Back in South Africa our own bastion of intolerance, the ASA, has banned a BMW advertisement because it was deemed to be misleading with regard to claimed fuel consumption figures.

The ad was banned on the strength of one consumer who found his new Beemer’s fuel consumption was way higher than claimed in the advertisement.

Anyone with half a brain knows that fuel consumption figures can vary enormously depending on who is driving the car. They also know that car manufacturers do their fuel consumption testing under ideal circumstances. As is the testing of every product on earth.

I have no doubt that the car belonging to the complainant could be tested by at least a dozen people and the resultant figures would be found to be very different – some even better than the claimed figures. I have proved that myself, time and time again. It is quite possible to improve on the published fuel consumption figures of just about any motorcar on the market. And just as easily come up with terrible figures.

Frankly, South Africa is already a society of burgeoning intolerance and we certainly don’t need an advertising regulator to add fuel to that fire.

Two things really worry me about this. The first is that once again the ASA has resorted to banning an advertisement on the strength of one complaint. Secondly, I would not be at all surprised if the ASA is really hoping that BMW will appeal the ban because that means BMW having to cough up about R70 000 in advance to get the appeal process going. And should they win the appeal, not a cent of that will be refunded.

Quite apart from the moneymaking potential involved in the way the ASA operates, it really worries me that they are making it easy for the public to complain about advertising that many people have been known to just complain for the fun of it. Which in turn, is actually encouraging the public to become intolerant of advertising that might be perfectly legal but which might offend them in some way or the other.

And there is no risk to the consumer. A stupid complaint such as that involving the fact that the red ball in a dishwasher tablet wasn’t a ball but only half a ball, cost the company concerned hundreds of thousands of rands. The company won the case and the complainant walked away without any form of recourse whatsoever.

Frankly, South Africa is already a society of burgeoning intolerance and we certainly don’t need an advertising regulator to add fuel to that fire.