Posted By: Terry Murphyon: January 17, 2017In: Out of Home
Print Email 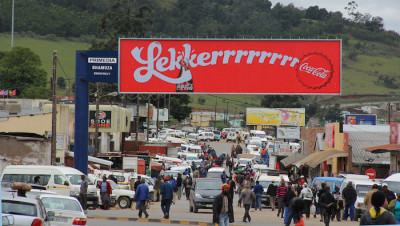 Changing a payoff line like ‘From Ow Ow to Wow Wow’ to ‘From Eish Eish to Sharp Sharp’ can make all the difference when it comes to making your out of home message resonate, writes Terry Murphy.

South Africa is home to a multitude of cultures and languages. As such, many advertisers and marketers have adopted the use of local languages and dialects as a tactic to engage on a more personal level with their audiences. However, the majority of out of home (OOH) advertising is executed in English, even though this is not the first language of most South Africans. (English is in fourth place, after IsiZulu, IsiXhosa, and Afrikaans).

For a number of reasons, using English may not always be the best approach.

To begin with, communicating with people in their home language facilitates a better understanding – especially when your target audience may have limited second language proficiency, says GG Alcock, managing director of Minanawe Marketing, an expert advisor to Primedia Outdoor. Using the right terms can be crucial in getting your point across, as Minanawe’s work for Adcock Ingram painkillers has demonstrated: When a target audience just didn’t get the original outdoor text – ‘From Ow Ow to Wow Wow’ – changing this to ‘From Eish Eish to Sharp Sharp’ made all the difference.

Talk to the heart

Moreover, “When talking to your audience your message will be more impactful if you deliver it in the audience’s home/spoken language,” says MediaCom strategist, Estiaan Robbetze. “As Nelson Mandela said, ‘if you talk to a man in a language that he understands, that goes to his head. If you talk to a man in his language – that goes to his heart’. It also creates the perception that your brand is talking to the consumer on a personal level, rather than to the broader public”.

While the difficulty and cost required to reach people in their home languages can be prohibitive when using other visual media (television, for example), incorporating local languages on billboards is easy. And because a billboard is location specific, reaching people with the appropriate language is simpler.

Its geographical nature means that OOH enables marketers to incorporate regional dialects and nuances into the creative and copy of their campaigns, based on provincial or regional parameters, with great precision. For example, in Limpopo, Tsonga is spoken in central areas, while Venda is predominant on the outskirts – a regional variation that OOH can accommodate.

However, as Alcock points out, in some areas a mix of languages is used, and selecting just one can risk alienating the rest of the community. This is especially true for urban areas where a mix of people converge from differing cultural and language backgrounds, but there are a number of ways around this.

Use phrases that reach across communities

DStv is a brand that has created OOH advertising incorporating local languages. According to Arabang Makaza, head of media for MultiChoice, “DStv Compact uses a tonality that is humorous and taps into the aspirational nature of the middle market. The creative is executed in various and common languages, making clever use of colloquial slang and symbolism. This ensures that the message resonates well and is familiar with this audience. The tonality and this direction have been well received by the market.” 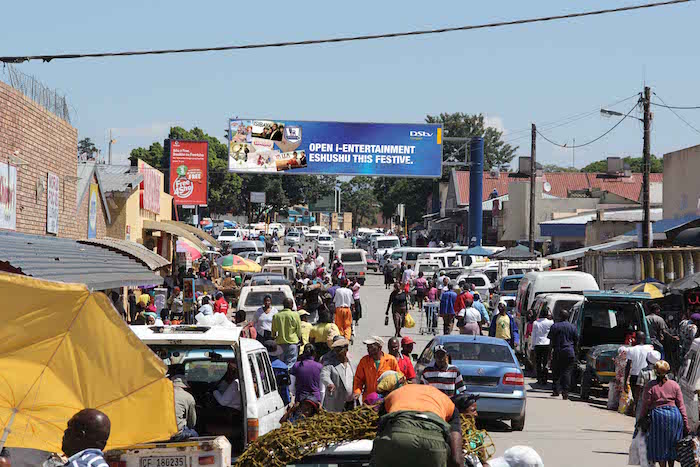 However, it’s important to use humour and slang that is current, notes Alcock. “Using the formal language is often done but is incorrect, as it is not common or familiar,” he says. Moreover, “slapping on a local language with no attempt at creativity, humour, play on words etc. can fail, as it’s seen as tokenism. And often a cool term is out of fashion by the time the advertiser uses it. It’s important to be topical to be relevant.”

Coke is another brand that has successfully navigated the challenge of incorporating local phrases into their OOH advertising. “For our 2012 campaign on Primedia Outdoor’s Bhamuza network, which reaches out to rural communities, Coke used two vernacular phrases – Lekker and Nca,” says Jodie Bailey-Norris, senior communications manager: Connection Planning for Coke. “These phrases reach across communities, rather than being specific to a given language. It doesn’t matter who you are, you can understand them” (provided that you’re South African, of course).

The campaign was very successful. An informal poll found that vastly more people recalled the Coke ads than those of the brands displayed on the reverse sides of the billboards. However, using these phrases marked a departure from the norm for Coke. “If we use text on outdoor creative for brand campaigns we generally use English, as this is the global business language of the Coca-Cola Company,” says Bailey-Norris. “But with the launch of our global ‘Enjoy the Feeling’ campaign our direction has been to utilise beautiful imagery that connects with people, no matter what language they speak.”

Using imagery is of course, another way to communicate across languages – and somewhere between picture and language, is the ubiquitous emoji.

Emojis are a powerful evolution of language that have been embraced by the digital world, and are now making their way onto OOH.

Locally, MTN has incorporated emojis in their marketing campaigns, for example by using ones on their N1 LED to playfully converse with their audience, for example expressing frustration with the traffic or sharing the Monday blues.

“The use of the emojis was intended to appeal and speak to a public audience across LSMs and markets in what has almost become a universal language,” says Pratiksha Jekison, senior manager: brand, communications and media for MTN SA. “Emojis have become a way to communicate across generations. They have become an expression of how individuals feel regardless of their age or gender and are used more frequently in responses than a full sentence or word.”

“We felt it best to create a set, not just as a communication element for a period in the year when people wind down but extended to include key milestones on the calendar, such as New Year, Back to School, Halloween, and Heritage Day etc. They also give effect to a feel-good nature, to bring some light-heartedness to individuals no matter the state of mind, and bring on a smile. Universally it is an emoji that anyone would recognise. These emojis create a feel good and fun approach to advertising.”

In short, incorporating local languages (or even contemporary developments of language, such as emojis) into advertising, enables better communication and may have more emotional impact. And OOH offers one of the simplest media types with which to do this.

Terry Murphy is the former marketing and marketing services executive for Primedia Outdoor.

This story was first published in The Media magazine’s Out of Home Annual. Read the digizine here.