EXCLUSIVE: MA(SA) to revitalise its efforts for marketers 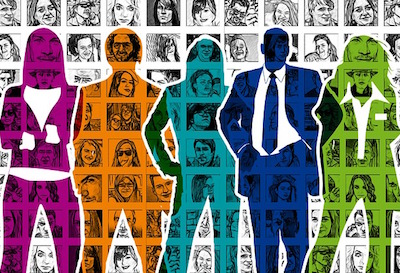 The Marketing Association of South Africa (MA(SA)) is on a drive to revitalise its efforts to represent marketers. Michael Bratt spoke to current executive director and CEO, Greg Garden, to find out more.

There will be absolutely no change in MA(SA)’s mandate to act as the representative voice for organisations and individuals in the marketing industry, but it is committed to “upping the ante”, the organisation’s head says.

“It’s not a change in strategic focus at all and it’s not a change of direction, it’s really upping the ante, revitalising our efforts and putting more resources behind those efforts and creating a drive to give marketers a better understanding of essential common issues and to get them more involved,” Garden stressed.

The association’s role is to provide leadership, mentorship, and support and guidance to the industry, and it promotes the concept of self-regulation, independent and credible consumer research, and professional and ethical marketing practices. It is also actively involved in influencing national policy, legislation and strategy on marketing and related business issues.

Garden says day-to-day operations will undergo restructuring and that it is vital to ensure the right people are in the right place to make it more effective. In addition, the association is embarking on recruitment drive with a major effort to make membership more representative.

“MA(SA) is not in any denial that it can be more effective and be a stronger and better version on behalf of marketers,” Garden says. “And as I have indicated we have revitalisation plans and strategies to do just that. At the same time MA(SA) can only be as impactful as marketers want it to be and allow it to… marketers need to participate to help further their profession. Come on board, have your say and be critical, but constructive. Let’s get industry issues being addressed with more action and more focus than they have in the recent past.”

Garden admits that there has been criticism levelled against the organisation’s effectiveness, but counters this with the observation that it is not easy to get marketers to unify and rally around common interests as MA(SA) represents such a diverse group that is “far from homogenous, representing the entire spectrum of commerce and industry in South Africa”. He compared this to other industry bodies such as, for example, the National Association of Broadcasters (NAB), which represents broadcasters that all have common work and purposes.

To counter this reality, MA(SA) currently has two primary areas of focus, which it believes are vital to all marketers, each as important as the other. The first one is the professionalisation of marketing as a profession.

To this end MA(SA) is working on several initiatives including upping the levels of its designations, introducing a new designation, and creating a whole new way of managing these designations so that they people in the industry become more aware of them and the designations themselves become more valuable and sought after. Garden says communications with current designated members are already underway, and that announcements of the changes and new initiatives will be made shortly.

The second area of focus for MA(SA) is industry affairs. This includes the promotion of self-regulation and quality industry research. Garden cited MA(SA) helping the Advertising Standards Authority (ASA) to raise funds as an example of just one of the many industry issues that the organisation is involved in.

“We are quite critical of how the ASA has been managed at an operational level but we are very clear on how effective it has been and the impact it has made,” he says. He also believes marketers have dug deep into their pockets to assist the ASA and wasn’t prepared to lay the blame with anybody for the financial position the ASA is currently in. “It’s a complex multifaceted issue that all stakeholders are working hard to try and resolve,” he adds. The ASA is currently under business rescue.

Garden also cites MA(SA)’s involvement with the South African Audience Research Foundation (SAARF) as another example of the organisation’s work with industry affairs. He acknowledged the media owners who have taken over some of the research that was previously done by SAARF, commending them for their professional work, and also revealed that exciting developments are happening at SAARF, including a potential new research currency to replace the discontinued AMPS which is much needed by marketers across all sectors, and which will be revealed to the industry shortly.

Speaking on MA(SA)’s involvement in this process Garden says, “The marketers have not had this strong voice that they need to rally and call together in recent times. This is a great example of a marketing industry issue that affects all marketers. It is in their interests to have a strong marketing association representing them and driving solutions, and that is why MA(SA) will be taking the lead in trying to ensure this research initiative flies and sees the light of day.”

Garden also touched on why marketers should become involved with MA(SA). “It is absolutely in the interests of marketers generically to have an industry association that is representing them and have a common view of the principles of what is responsible, what is reasonable, what still protects the right to freedom of commercial speech, and to be the voice that lobbies on behalf of the profession of marketers. MA(SA) has done that since its inception, but it is our intent in 2017 to really up our game and be much more active,” he explains.

What Garden brings to the table

Garden has had a 30 year career in marketing and has perspectives from multiple sides of the value chain, included a stint in academia.

Where does the money come from?

With what is happening in media research currently around funding, the question had to be asked about whether MA(SA) is financially secure. MA(SA)’s funding comes solely from memberships, which includes two tiers: corporate and individual. “MA(SA) is a non-profit organisation which has always had unqualified audits. It is in reasonable financial shape, and it’s more than capable of sustaining itself and keeping its operations effective and going. But if you are running an efficient organisation, you don’t spend more than your revenue,” Garden elaborates.

“So at the current level of our ability to invest it boils down to expertise. People who know their stuff and can make a contribution. The more revenue you have got to invest in those kind of initiatives the more effective you are going to be, which is why we are on a renewed membership drive. MA(SA) has been financially stable since its inception; we have never had any financial problems. But to be more impactful we need to be more representative, and we are thus calling on the marketing sector to get more involved in its industry association,” he says.