Stand by for the biggest mass media learning curve in history 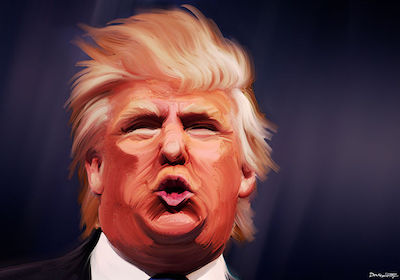 This year will certainly prove to be one of the most fascinating, complex and mind-boggling in the history of the mass media.

Donald Trump, for one, is making it fascinating, complex and particularly mind-boggling. Mainly because he is the most mind-boggling of men ever to have been declared leader of the free world.

One might have been tempted during his first few weeks in office to point out his most glaring mistake. Taking on the media. Calling them enemies of the state. But insisting that they are a necessary evil and an integral part of any democracy.

It is very difficult to recall any world leader who has won a long-term war against the media and survived. Of course, there are those leaders who simply banned the media and shut down any form of criticism. They survived for a while but in the end, the countries they led inevitably ended up with media freedom.

The thing is, though, Trump probably has more ammunition than any world leader that has gone before him in his battle with the media. He has targeted the cancer called ‘fake news’ that is eating away at media credibility among those who elect leaders. He has attacked fake news in the media by creating his own fake news.

All of which is actually just trying to put out a fire by pouring petrol on it. While the media is exposed daily for delivering fake news, so too does Trump’s fake news campaigns bite him back, continually.

Which, at this rate, will end up with him being impeached by his own party. What Trump is experiencing in the US is pretty much what Zuma is facing in South Africa. Mounting criticism from his party ranks at the highest level.

One has to ask how on earth mass media can stop fake news? A lot of it is inadvertent with checks and balances having been long pushed aside in an effort to get the news out first and fast, coupled with a general decline in not only the number of journalists but the quality of journalists and their editors.

And the root cause of diminishing numbers in newsrooms and lack of training is money. Something the news media used to make hand over fist but which now has to be earned the hard way.

For the best part of two decades the traditional mass media has had to drag itself out of its comfort zone of excess revenue, profits and arrogance and accept that the internet of things has become a massive competitor.

They tried joining the digital revolution but regrettably shot themselves in the foot by giving away their previously paid-for content, for free.

To say that newspapers, particularly, made a monumental hash of meeting the digital challenge is putting it mildly.

As their advertising revenue plummeted along with readership they resorted to vastly reducing their editorial staff complements while persisting with the outdated practice of trying to flog inefficient traditional advertising. A but like someone trying to sell bulky black and white TV sets at four times the price of colour, flat-screens.

The decline in quality journalism, not only in newspapers but the mass media in general, has paved the way for people like Trump and Zuma to fire back with evenly the most naively manipulated facts and enough spin to make even the shiny floor of the House of Assembly take spin.

And the masses in South Africa and now in the US seem to be swallowing all this counter-fakery from their leaders as though it were all the finest grade of single malt whisky. But, it won’t last. History has shown it cannot last.

So, with political leadership and the mass media suffering from massive drains in credibility, it is going to be interesting to see just who or what the greater mass of the population chooses to believe.