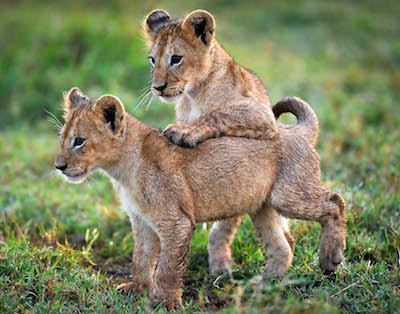 An international study titled The Real Happiness Project, commissioned by BBC Earth, has found that showing nature programming has direct impact on the mood and well being of its viewers. It was commissioned to mark the launch of the BBC’s most ambitious landmark nature series for 10 years Planet Earth II, which premiered on BBC Earth on DStv in February to nationwide audiences and critical acclaim.

The research, conducted with Professor Dacher Keltner, an expert in the science of emotion at the University of California, Berkeley, confirms that even short engagement with such shows leads to significant increases in positive emotions including awe, contentedness, joy and amusement. The study also found substantial decreases in emotions such as nervousness, anxiety, fear, stress and tiredness.

A decade ago, Planet Earth inspired an unprecedented number of people worldwide to connect with the natural world, gaining an estimated global audience of over half a billion people. Planet Earth II launched in the UK in November and has already surpassed expectations by drawing the second largest live TV audience in Britain during 2016 and becoming the most successful nature documentary for 15 years.

A global quantitative research project of over 7 500 nationally representative participants from the US, UK, Singapore, India, South Africa and Australia and a literature review of over 150 scientific studies that have explored the link between a connection with nature and human happiness and well being. To further enrich the study, the research team worked with Crowd Emotion, a pioneering tech start-up that specialises in emotion recognition, using cutting edge facial mapping technology to understand how viewers respond to video footage.

“The shifts in emotion demonstrated in the BBC study as a result of watching this powerful natural history series are significant as we know that wonder and contentment are the foundations of human happiness. If people experience feelings of awe, they are more likely to display empathetic and charitable behaviours and have been shown to be better able to handle stress,” said Keltner. 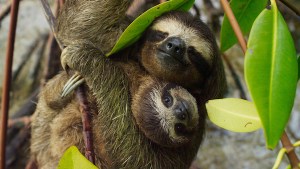 A mother pygmy three-toed sloth cradles her baby in her arms. It is around six months old and will stay with her a further six months before it leaves her.

The SABC Foundation played a key role in mobilising all the role players including specialist doctors based locally and abroad to participate pro bono in the campaign to help Wanga, an eight-year-old burn victim from Midrand, and draw awareness to the plight of shack fire victims.

“What a privilege it was to spend time with Wanga and be part of a life-changing experience. One of the things that Wanga said is that she just wants to be normal and that she doesn’t want to be teased anymore. For us to be a part of this journey was incredible and so amazing,” said SABC Foundation CEO, Iris Cupido.

In October 2016, Mike Dyoyi from the Keletso Health and Skills Development Centre made contact with the SABC Foundation, requesting assistance for Wanga to get medical treatment. Wanga was burnt a few years ago in her mother’s shack. The request was forwarded to Dr Anushka Reddy who is the Scientific Director at The Cosmetic Medicine Congress of South Africa, who got straight to work in pulling resources together to help the little girl.

Wanga will undergo a few more procedures and the committed resources will be playing their roles as agreed. 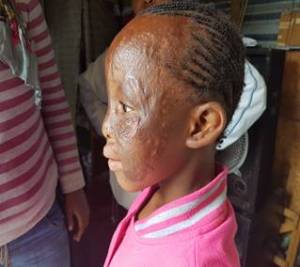 Data breaches are a part of doing business, protection lies in encryption: LAWtrust

This cost is a cumulative loss based on downtime, loss of revenue and customers, and reputation damage, Valjarevic said. A look at the past 11 years of research of more than 2 000 companies worldwide, shows that data breaches are a part of doing business, as the number of breaches has remained fairly constant over that period.

“What this tells us is that data breaches are a permanent cost of doing business,” Valjarevic said.

“Change is constant in the digital space, and just as soon as you have a new solution, there are moves being made to improve how your system can be compromised,” Valjarevic said. “It is vital for all companies to ensure they have strategy in place to address the risks where it is possible to do so.”

What Auto & General’s experience looks like in new TVC

“Like a person, our brand lives, breathes, develops and grows. In the face of challenges, we have always persevered, focusing on continually providing world class service and advice to our customers and broker partners,” says Tania Joffe, head of Auto & General Brokers.

The three talk about resilience, humility and taking risks – all things that Auto & General can identify with as a brand. Their experiences have left them stronger and wiser but never lead them to rest on their laurels. Like Auto & General, they focus on continually growing into a better version of themselves.

Their stories will be shared on social media and TV. The content will also be shared in varying mediums across a number of channels, meeting clients where they are.