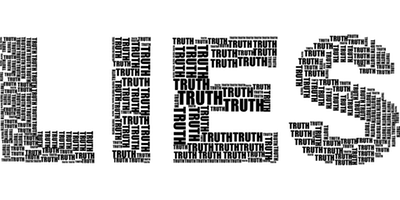 For the first time in history the mass media and marketing have converged in a diabolical partnership that will completely change the way society will absorb news.

The basic foundation of marketing and the underlying non-negotiable premise for any form of commercial communication is based on the principle that it’s not what companies and brands say, but rather what their customers want to hear.

The upshot of this has, for decades if not centuries, meant that companies preparing their advertising will more often than not, be subtly or outrageously cavalier with the truth and rely rather on creating perceptions that align with consumer desires and aspirations.

Now, suddenly, politicians and heads of state have cottoned on to this powerful marketing principle and have started applying it to their trade.

Donald Trump is a perfect example of this trend. He based his election campaign and now his presidency firmly on the basis of what he believes voters and followers want to hear rather than the truth. Jacob Zuma does this as well and so does Julius Malema. But, neither are nearly as good as Trump because they simply cannot reach his level of barefaced lying.

The big question being asked right now is, “Surely consumers in the United States and South Africa are not idiots? Surely they must change their minds once some of these highly spun ‘facts’ are conclusively proved to be wrong?”

The thing is, many of these consumers and voters so desperately want to believe the spin and fake news that they cling to it.

Once again, this denialist phenomenon is very much part of the psychology of marketing. Consumers make up their minds to believe advertising because it satisfies their desires and aspirations. And it’s convenient.

A recent example is Volkswagen being exposed as cheats by falsifying information and having to spend a fortune recalling millions of vehicles and paying even more millions in compensation. The natural conclusion was that the VW brand would suffer as previously loyal customers walked away.

Quite the opposite clearly happened because in 2016 Volkswagen, for the first time ever, became the biggest selling automaker brand worldwide, overtaking Toyota.

How often have we seen companies such as Woolworths lambasted for all sorts of things yet continue to produce record sales and profits?

Politicians and the tricks of the marketing trade

It is, in fact, extremely rare for consumers to turn away from a brand, no matter what it does, because it subconsciously suits them not to believe the truth.

And so it happens now with society’s relationship with politicians. The majority of consumers and voters – the same people actually – are selfish. Whether they are prepared to admit it or not.

Fear of things such as immigration, religion, race or changing from a brand that suits their desires, is an enormous motivator in creating a psychological breeding ground for denial.

Add to this inferiority and superiority complexes and one can suddenly understand why people continue to support lying politicians and brands that are abusive to their customers.

I have often wondered how long it would take for politicians to catch on to the tricks of the marketing trade. I knew it would happen eventually but not quite in the form of the tsunami of fakery, innuendo and obfuscation of Donald J Trump.