Snapchat beats expectations with its IPO but big challenges lie ahead 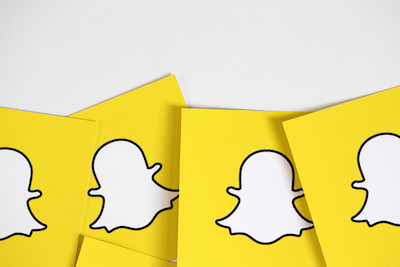 After weeks of speculation, Snap Inc, the owner of messaging app Snapchat, has gone public. Its shares were initially priced at US$17, with stocks jumping 44% to US$24.48 on the first day of trading. It brings the value of the business to US$28 billion, making it the biggest technology IPO since Alibaba made its debut in 2014 and reflects huge demand, considering the initial offering of shares was expected to be between US$14-16.

Many doubted that Snap Inc would achieve such a result. Its popularity is a given, but its ability to generate revenue is highly questionable (it is yet to turn a profit). Plus, we have become accustomed to the hype surrounding these “hot” tech IPOs and the question remains whether the valuation that investment banks come up with for these companies actually makes sense given their fundamentals – or lack of them. The valuation of high growth companies is intrinsically difficult and they are highly risky investments by their very nature.

The premises of Facebook and Twitter’s IPOs were very similar to Snap’s, but have had two very different outcomes. They offer two different pictures of the direction Snap could take.

Facebook’s IPO in May 2012 was considered by many to be a failure because the stock price nearly plunged below the offer price of US$38 at the opening of trading. Typically, there is a jump in the price above the initial offer price when trading in the secondary market starts – a phenomenon that is known as underpricing and that is commonly (and mistakenly) interpreted as a sign of the success of an IPO. 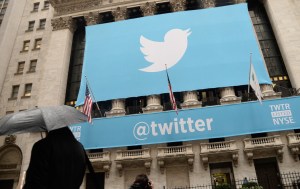 In the case of Facebook, there was virtually no underpricing, however. In fact, the underwriters had to stop the price of the stock from falling below the IPO price by buying back shares.

Facebook’s share price went on to struggle for over a year, before rising above its IPO price. Now, though, they are trading at about US$136 a share – 259% above the IPO price – and the company has actually been able to generate profits.

Twitter, meanwhile, has had a totally different story. When it went public in November 2014, like Facebook, it was also priced at the top of the initial price range (which was US$26) and on the first day of trading the stock closed at US$44.90. This 73% increase was acclaimed as a big success after the disappointing performance of Facebook a year before.

Three years on, however, and Twitter is currently trading at around US$15. That’s a 42% decline from its IPO price and the company has consistently generated losses since.

So where is Snapchat’s IPO likely to stand between its two forbears? In the short run, the rise in Snap’s shares on the first day or trading will have made a lot of people rich. That’s the “flippers” – investors who buy at the offer price and sell at the market price immediately after.

In the long run, however, it is likely to be a different story. On average, newly-floated companies are known to underperform when compared to their peers in the three to five years that follow the IPO. This means that an investor who buys shares in Snap now is likely to lose money on it in the long term.

Will the company’s strategy be successful and ultimately be able to turn losses into profits? Snapchat operates in a relatively niche fast-paced market and competition is fierce. When Instagram brought out a feature that almost replicates Snapchat, Instagram Stories, last summer, it had an immediate effect on Snapchat’s customer base, which saw an 82% decline in growth. Nonetheless, its average daily users are still at 158m, compared to 1.23 billion for Facebook and less than 140m for Twitter.

Shareholders seem to have signalled that they believe Snapchat will ultimately prevail – to the point that they clamoured to buy the company’s initial offering of shares, in spite of a significant concern. In an unprecedented decision for a US IPO – something Snap acknowledged in its prospectus – shares bought in the offering will not carry voting rights over the company’s decision making. Instead, the company’s decisions will be controlled by its two co-founders, Evan Spiegel and Bobby Murphy, who together control about 89% of the voting power.

They will need to put on a good show – it’s not just Facebook that they need to beat, but the rival start-ups that are constantly jockeying for attention on the tech scene.