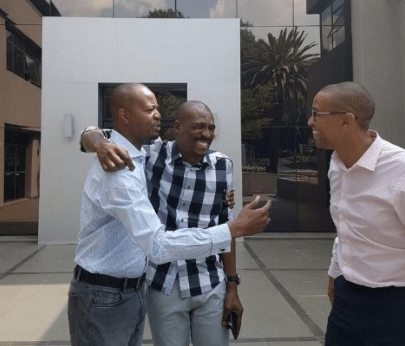 The changes were made in the context with the current status of the country, the station said in a release. “SA’s dynamism and current volatility more than ever requires a meeting of the minds. The country requires robust dialogue to challenge convention and forge mindsets for the future. Our new line-up allows us to address this squarely.”

Kaya FM managing director, Greg Maloka, added, “The changing landscape of the Afropolitan in the South African context is going to be challenging in many ways and will require deep meaningful conversations which Kaya aims to deliver with the announcement of the new line up”.

The four moves apply to Monday to Thursday programming. O’Sullivan’s broadcasting career started at Capital Radio, and took him overseas to the US, UK, Australia and New Zealand before he joined 702 in 1995. Masinga has been hosting Late Nights with Bridget since September 2016 and the station believes her move to mid-morning “will bring her flavour of the arts into Kaya’s daytime”.

Matsunyane is co-founder of T.O.M. Pictures, former editor of Oprah magazine, writer, television and radio talk show host as well as a media activist. Her co-host Ngcobo is an author, blogger, former TV host, high school maths and science teacher and best known for his book Some of My Best Friends are White. They are rejoining the station.

The station also announced changes to its Friday and weekend lineup. The Friday breakfast show will be co-hosted by comedienne Skhumba and Ndumiso. The mid-morning show will be presented by a celebrity, though a name has not been revealed just yet. Proverb will then be up at midday, hosting weekly Live and Unplugged shows. On Saturday morning Afropolitans will wake up to the voice of Jenny Crwys-Williams, with a show focusing on books reviews, podcasts on wine, arts, conservation, history and so much more. From 1 May from 14:00 to 18:00, Kaya FM is launching a Saturday mix show called Sound Supreme, made up of the Muzik, Kenzhero, Just Themba and TRS.

The most noticeable absentee from the lineup announcement was Kaya veteran Bob Mabena, who is heading to MSG Afrika Group as group head of programming for their subsidy MSG Afrika Broadcasting. He will begin working there from 1 May.

Commenting on his appointment Mabena said, “I am looking forward to working with entrepreneurs who are committed to the radio medium and who understand its power in shaping the social and business landscape of our country. I have lived radio throughout my career and believe my new role will allow me to apply my extensive broadcast experience in the boardroom”.

MSG Afrika Group chairman, Given Mkhari, touts the arrival of Mabena as a move which will “further deepen the group’s creative and operational capacity.”

He added, “A fast growing company like ours requires credible and knowledgeable professionals like Bob who can guide our talent across the markets that we operate in. I cannot think of a better person who has inspired so many practitioners and who holds such a wealth of industry experience. We are happy that Bob is now an MSG man”.

Mabena’s move was confirmed through a release by the group, along with this post from Given Mkhari on Twitter, which welcomed Mabena home. 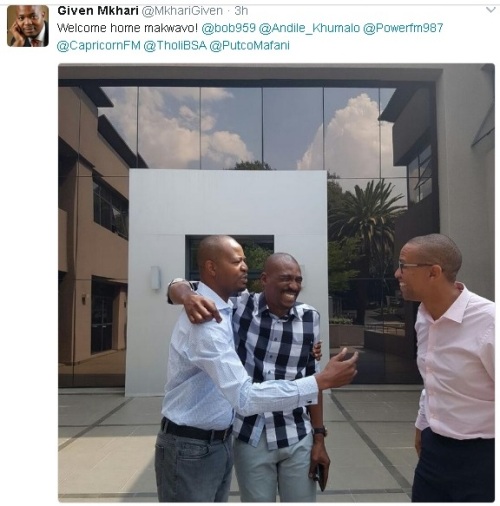 In his new role, Mabena will manage talent and content output for MSG’s four radio stations, Capricorn FM, POWER 98.7 and the soon to be launched Rhythm FM and Beat FM in the Eastern Cape and Free State, respectively. He will also assist on the commercial side, supporting the station managers in their quest to deliver value for clients.

Mabena is no stranger to radio, having been involved with both the on-air and management sides of the business since 1989. At that time he broke in at Radio Bop before moving to Radio Metro three years later, under the leadership of station manager Koos Radebe. During this time of his career he also gained more exposure through television, with shows such as Pick a Tune, and Studio Mix.

He switched to the management side of radio in 1996 when he was appointed as programme manager at Primedia owned Highveld Stereo (now 94.7). In 1999 he switched to Kaya FM adopting an on-air role as breakfast show host as well as programmes manager, before moving on to station manager. He then went back to his previous company Primedia as group business development Manager. He later moved on to the SABC as executive manager: commercial radio responsible for Metro FM, 5FM and Good Hope FM.