Advertising vs adtech – is there a difference?

Posted By: Daya Coetzeeon: May 05, 2017In: Advertising
Print Email 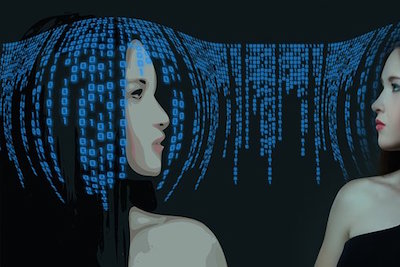 Digital has been a buzzword in the advertising fraternity for some time now. A fair portion of adspend is being attributed to digital advertising, but is it being channelled in the right direction to get the best return on investment (ROI)?

When advertisers put all their focus on getting the most eyeballs for their adspend, often through programmatic buying, they get a false sense of ROI. Online advertising includes advertising on both credible sites and on questionable sites and it is important to recognise the difference.

A quantity over quality mind-set has given rise to adtech targeting a multitude of fake news sites which often churn out un-researched, unverified content and even go as far as building audiences through click-farms, just to pilfer adspend from real news sites. Sometimes fake news sites have a more sinister intention and propaganda lies at their core. The fact that brands are willing (often unwittingly) to support these gives them credibility. Or does it?

Audiences are starting to rebel and so are brand owners. Doc Searl (from Harvard) explains this perfectly in an article on his blog. He cites examples of how “brands are bailing from adtech” and mentions that Business Insider said that more than 250 advertisers were withdrawing support of YouTube. “Google is not doing enough to prevent brands from appearing next to offensive material, like hate speech,” said Searl. “Agencies placing those ads on YouTube were shocked that ads for these fine brands were showing up next to extremist material, and therefore sponsoring it. They blame Google.”

According to an article on warc, “Regional publishers in the UK have warned of the dangers of blind programmatic ad buying as they make a play for national advertisers digital spending in the wake of the brand safety issues that have engulfed YouTube”.

Searl says that the problem isn’t just Google’s and that Google can’t fix it alone. “The problem is that brands think they’re placing ads in media, while the systems they hire chase eyeballs. Put another way, brands think they’re buying online advertising while they’re really buying adtech. Since adtech systems are automated and biased toward finding the cheapest ways to hit eyeballs with ads, some ads show up on unsavoury sites, because they’ve followed targeted eyeballs there. Google also isn’t alone at this. They’re just the biggest player in the adtech business.”

He explains that adtech did not develop from credible news brands, but that its “direct ancestor” is “direct response marketing” and before that was called “direct mail” or “junk mail”. He says that, “in metrics, methods and manners, it is little different from its closest relative, spam”. Searl questions how direct response marketing is now being called advertising and surmises that it does this by looking the same. “Online it’s hard to tell the difference between a wheat ad and a chaff one.”

Adtech often targets sites that replicate publisher sites with the core intention of securing advertising, the content is merely the stuffing that keeps the whole system from collapsing. Credible news brands are the opposite; it is the advertising that supports the quality content, although now more and more of it is the readers themselves.

Searl says, “This whole problem wouldn’t exist if the alien replica wasn’t chasing spied-on eyeballs, and if advertisers still sponsored desirable media the old-fashioned way. Let’s be clear about all the differences between advertising and adtech. It’s adtech that spies on people and violates their privacy. It’s adtech that’s full of fraud and a vector for malware. It’s adtech that incentivises publications to prioritise ‘content generation’ over journalism. It’s adtech that gives fake news a business model, because the fake is easier to produce than the real kind, and it pays just as well.”

Searl says traditional advertising is not personalised, but rather aimed at population segments that choose to consume specific media. To reach these audiences, advertisers buy space or time on media. Brand owners sponsor media based on the media’s brand value. “It’s brands supporting brands,” he writes.

“Brands will be far better served by sponsoring media they know, like and trust. That’s what produced brands in the first place, that’s still what makes brands familiar to whole populations, and what still sponsors worthy publications and the journalism they contain. Advertisers are the ones to fix it, and they can do it by firing adtech and its agents and going back to sponsoring reputable broadcasters and publishers. Simple as that. It’s the agencies’ job to show that programmatic advertising can sponsor the best content the old fashioned way. And it’s the advertisers’ job to fire adtech in the meantime,” Searl says.

Newspapers in South Africa have evolved and transformed and Ads24 titles are now digital first. These heritage news brands have loyal audiences who support them and are willing to pay for content. Brand owners would do well in sorting the wheat from the chaff and garnering real ROI by channelling their digital ad spend to credible news brands.