Posted By: Lucinda Jordaanon: May 08, 2017In: Television
Print Email

With Donald Trump’s controversial ascent to the US presidency, the battle for control of the SABC brought into the spotlight, and a contentious ANC elective conference on the cards, there’s never been a better time to keep an eye on the news. Ironically, it’s also one of the worst times for news broadcasters.

Even as traditional media battles to embrace and survive the effects of digital disruption, it now faces a new hurdle: public perception in the face of political interference and slugging matches. With President Donald Trump (it hurts to write this!) and his followers branding legacy media houses as ‘fake news’ and South Africa politicos quick to follow suit, the media is hard-pressed to meet the demand for credible breaking news.

By all accounts, our public broadcaster has been failing miserably in this mission. Reports of fraud, corruption, mismanagement, maladministration and censorship at the SABC were brought fully into the spotlight at the ad hoc parliamentary inquiry into the SABC board. The 11-member multiparty parliamentary committee wrapped up at the end of January with a damning draft report that found the public broadcaster effectively financially unsustainable, with editorial independence compromised – to say the least.

“The SABC has (consequently) deviated from its mandate as the public broadcaster… Instead, there appears to have been flouting of governance rules, laws, codes and conventions, including disregard for decisions of the court and the Independent Communications Authority of South Africa (ICASA), as well as the findings of the Public Protector of South Africa,” reads the report.

“The SABC is in the deepest state of crisis since the emergence of our democracy,” says William Bird, director of Media Monitoring Africa, who, along with the SOS Coalition and the Freedom of Expression Institute, lodged complaints against the SABC’s ban on airing violent protests with ICASA and its Complaints Compliance Committee. In July, ICASA ordered the SABC to reverse its decision. They’ve yet to do so.

“The fact that there is silence, and their despicable response to threats and attacks on their own journalists, speaks volumes to utter failure,” notes Bird. “They have no real commitment and understanding of what’s going wrong. When your own people are being attacked and threatened and your response is further intimidation … it’s indicative of utter callousness.”

Eight SABC journalists were dismissed after objecting to the censorship of the news. The ad hoc hearing learnt that the journalists received death threats – one, Suna Venter, was shot in the face with an air rifle hours after providing written testimony to the hearing.

In the firing line

Last November, after months of inaction, ICASA laid charges against the SABC for failing to comply with its order to withdraw the ban. ICASA declined to comment on the case as “the matter is now with the Hawks”, says spokesman, Paseka Maleka. Parliament’s portfolio committee on communications wasn’t gentle on the regulatory body, accusing it of not effectively executing its mandate.

[Former] communications minister Faith Muthambi also came under fire, as revelations of her meddling in board and editorial affairs, and staunch defence of former COO Hlaudi Motsoeneng – whose appointment she reportedly advocated – came to the fore.

Motsoeneng, who implemented the ban, inflated his salary incrementally and reportedly received R11.4 million for a controversial R500 million deal with MultiChoice to create SABC channels on DStv, was the central focus of the ad hoc hearing. Whether he, Muthambi or the board will be held to account is still not clear. In the meantime, an interim SABC board has been appointed to stabilise the public broadcaster.

Not so highly rated

Considering the turmoil, and the purging of senior staff who refused to comply with editorial interference, it’s a miracle that the broadcaster has managed to keep the wheels turning, notes Bird.

“There have been more flashes of good journalism at the SABC than is standard. But the damage to their credibility has been wrought over several years and is even more significant in our emerging democracy as all other new things come to light – such as fake news – it’s the worst time for a national broadcaster to be in crisis.”

It’s affected viewership figures as well. The ad hoc hearing coincided with a sharp decline in viewership of the broadcaster’s flagship news bulletin: according to figures released by the Broadcast Research Council of SA, SABC3’s primetime English news bulletin at 18h30 lost some 200 000 viewers in November. Other language news channels fared no better, with Xhosa, Zulu and Sesotho all losing viewers with Sesotho news losing its listing as one of the channels top 20 shows. AGB Nielsen Media Research showed that SABC News on DStv showed a 20.7% year on year decline by March 2016, with a 14.7% viewership share.

ANN7, the second of the three local news channels, has fared no better, with a 20.6% year on year decline that saw a meagre 8.83% viewership share by March 2016.

The Gupta-owned channel has raised questions of credibility since its launch, with constant technical glitches overriding its questioned editorial. The channel also dismissed 13 journalists in 2016: eight for refusing to attend a company meeting headed by ANCYL leader Collen Maine, and a further five for protesting against that dismissal. 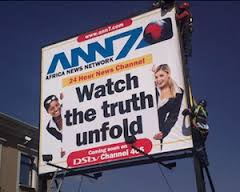 The Guptas were implicated in the Public Protector’s State of Capture report and Parliament heard that their The New Age media group reportedly tried to take control of SABC news production.

With the SABC clearly compromised and ANN7’s allegiance to the African National Congress (ANC) and President Jacob Zuma in particular an open secret, South African viewers are left with only one credible source of local broadcast news: e.tv’s eNCA.

“eNCA has a quarter or eighth of the budget the SABC does, yet is now having to carry the burden of providing credible current news, along with small, community media,” says Bird. “The SABC has gone back to its apartheid self and become a massive lever for propaganda. But this is also futile and useless, as social media takes over, undermining traditional media even more.” 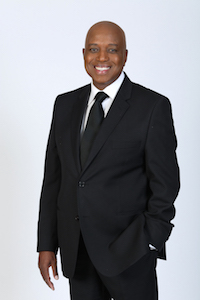 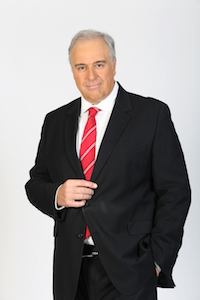 The news arm of the free-to-air TV station holds the lion’s share of local viewers and, with journalism professor Anton Harber at the helm as editor in chief since March last year, eNCA’s audience share on DStv (56%) exceeds that of all the other TV news channels combined.

Despite this, says Proudfoot, TV audiences don’t necessarily tune in to prime time news, and viewer numbers have been dwindling. “eNews Direct, a half-hour packaged bulletin at 18h30 Mon-Fri and 19h00 Sat-Sun on e.tv, has been declining in viewership with English speaking viewers, in particular, no longer making appointment viewing and accessing news through other platforms such as online on laptops and mobiles – particularly the younger viewers,” says Proudfoot.

This is just one of the factors e.tv has taken into consideration in adapting to meet the changing needs of its audience, explains Harber. “The changing patterns of television viewing in South Africa are complex and multidimensional. There remains a core audience for traditional appointment television viewing, alongside a growing pay-television audience for 24/7 rolling news, while younger viewers are accessing it through social media on their mobiles. These patterns are also overlaid in this country by language diversity.” 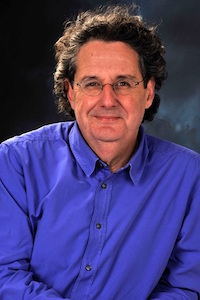 While it’s certainly helped grow audiences the channel is not immune to perhaps one of the biggest modern broadcast challenges: securing advertising revenue.

“The cost of producing television news is very high, and so we have to adapt to where and when the audience wants it. e.tv news is funded through advertising, and we have to face the reality that the English-language appointment viewing is falling away, and the advertising with it,” explains Harber. “Flexibility will allow e.tv to get the revenue it needs at prime time, and put news in a slot that serves the aims of the channel as a whole,” he adds.

And local viewers may just continue to access a reliable stream of credible news on the screen of their choice, at a time that better suits them.