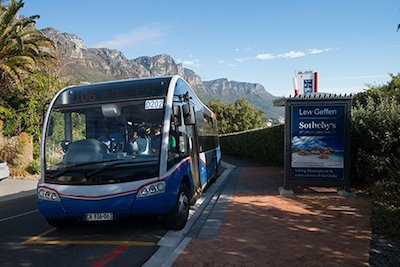 The Cape Town Chamber of Commerce and Industry has complained that a new draft by-law relating to out of home advertising in the city is too complicated, and that it appeared “control freaks” had put emphasis on “petty and excessive regulation”.

But Councillor Brett Herron, mayoral committee member for transport and urban development for the City of Cape Town, told The Media Online it was too early to judge the by-law as comments arising from a recent public comment session were still being collated and analysed.

Herron said the City had noted the Cape Chamber of Commerce’s statement. “It is important to mention that this is still a draft by-law – as such, it means that the draft will only be finalised after we have collated and analysed all of the public comments on the content and intent,” he said.

“We are committed to this process: In fact, the City has extended the period for public comment on the draft Outdoor Advertising by-law by a month – the deadline for comments was Tuesday, 2 May 2017. We have extended this deadline because of the very fact that we wanted as many interested and affected parties to comment – inclusive of the Cape Chamber of Commerce.”

Herron said the City had also hosted a special information session “to engage with the advertising industry about the intent and purposes of the by-law last month”. He said the meeting was “useful in gaining an understanding of the industry’s concerns and proposals”.

Janine Myburgh, president of the Chamber, said an example of the “petty” regulations were the regulations for neighbourhood watch sign boards. “According to the [draft] by-law the boards have to be 580 mm wide and 680 mm high. Why be so exact? Why not simply make the dimensions 60 cm by 70 cm and have done with it?” she asked. “The regulations also stated that the board could not be illuminated. Why? If any sign should be illuminated it is surely the anti-crime signs in residential areas where some of the worst dangers occur during the dark hours of the night.”

Myburgh said she was surprised to see that the council had even come up with an exact size for restaurant chalk boards. “Why? Surely this is a matter that could be left to common sense. The City would make a laughing stock of itself if it tried to prosecute a restaurant because its chalk board menu was 10 cm too wide.”

Some form of control

“We understand the need for some form of control on outdoor advertising but it is difficult to escape the impression that ‘control freaks’ were at work and that there is too much emphasis on petty and excessive regulation,” she said.

The City, to a lesser extent, is itself an out of home site owner. “The City of Cape Town does not own out-of-home sites other than the MyCiTi service (IRT) bus shelters. The City has 371 shelters on the MyCiTi network, which are available for advertising. Unfortunately we cannot divulge the details of the income derived from these sources as the City is preparing a new advertising tender and this will have an impact on the tender process,” he said. 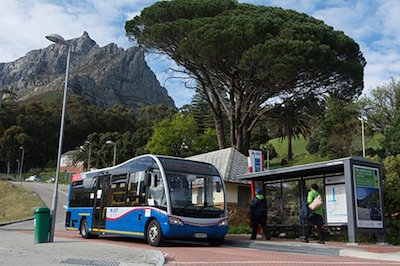 Revisiting the City’s often-controversial stance on outdoor advertising came after the City of Cape Town adopted its new Organisational Development and Transformation Plan (ODTP) in August 2016.

The City has always said the object of Outdoor Advertising and Signage By-Law (2001) was to regulate out of home advertising “in a manner that is sensitive to the environmental quality of different parts of the City of Cape Town”. It was designed, the City said, to “strike a balance between outdoor advertising opportunities and economic development on the one hand, and the conservation of visual, tourist, traffic safety, environmental and heritage characteristics on the other hand”. It was amended in January 2014.

When it committed to the ODTP, the City said that given the “huge interest” in the by-law and that it wanted the advertising industry to “contribute to the conversation about the city’s transformational agenda”, the City extended the period for public comment.

Herron said in an earlier statement that the City had “tried to make the new regulations easy to grasp and to streamline the processes to be followed when applying to the City for authorisation. The new draft is easier to navigate and it is proactive”. Herron said the draft by-law also conformed to the City’s draft Climate Change Policy as well as the draft Environmental Strategy. “For example, illuminated signs must be energy-efficient and ideally self-generated by using solar- or wind-generated power,” Herron said earlier this year.

What does the by-law recommend?

According to the City of Cape Town Transport Authority, Transport for Cape Town (TCT), the draft Outdoor Advertising By-law currently stipulates that:

It has also defined different areas of control:

It has made special provision for Non-Profit Organisations and schools. “It is important to mention that this is still a draft by-law – as such, it means that the draft will only be finalised after we have analysed the public’s comments on the content and intent,” Herron said. “That said, the draft by-law seeks to make provision for schools and non-profit organisations (NPOs) by enabling greater signage access to them, so that they might derive additional funding resources through the use of outdoor advertising, in order to support the work that they undertake. This particular clause is explicitly made available to schools and NPOs to endorse private sector support for not-for-profit industries through the use of incentives.”

Herron said he was unable to comment at this time on suggestions and complaints emanating from both the consultation with the advertising industry and the public comment process. “The City is busy collating all of the all of the comments, suggestions and proposals that we have received via the various platforms that interested and affected parties have used to submit their comments,” he said. “Thereafter these comments will be analysed. The next step will be determined by the outcome of the analysis of the public comments.”