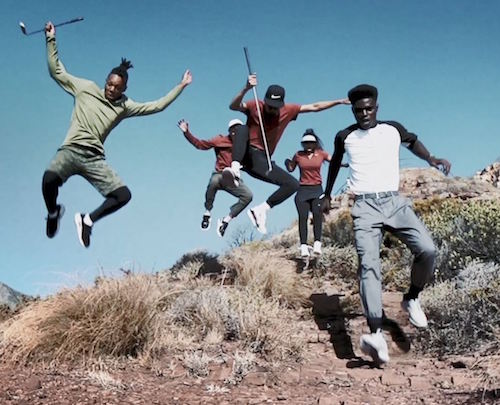 How Jacaranda FM pulled off the #MoreMusicYouLove activation. You’ll be tougher my son. Youths reclaim city through urban golf in Nike campaign.

How Jacaranda FM pulled off the #MoreMusicYouLove activation

How cool is this? But pulling off this world first wasn’t a piece of cake. The Pretoria-based station created the first ever radio simulcast live lip-sync billboard which was used to tell a live story, lip synced by actors to the station’s on air music playlist during the breakfast show.

The activation was a massive hit:

Pulling off a world first that aligns studio, stage and screen, all in real-time, takes some very meticulous planning and seamless execution, as this video illustrates:

You’ll be tougher my son…

Nobel laureate, Rudyard Kipling, was the inspiration for the FCB Joburg team tasked with curating the Toyota Hilux’s evolution.

“Kipling’s poem ‘If’ is a well-recognised and inspiring form of paternal advice in which Kipling tells his son about what it takes to be a man,” said FCB’s Brett Morris.

The ad introduces Toyota fans to Hilux’s new tone of voice and sets it up as the vehicle for those who can handle anything – from navigating challenging terrain to impressing their future father-in-law.

“But, not everyone is fully aware of its more sophisticated side. The latest Hilux is a top-quality, reliable and innovative vehicle with a rich heritage. Not to mention its serious good looks.

“As the brand that claims to be ‘tougher-er’, the Hilux creative team looked at re-interpreting this classic piece of literature and sharing an entertaining story about what it really means to be a tough guy in today’s modern world,” he said.

The commercial was directed by Adrian Garces of Velocity Films. There is also a cinema version and online versions.

Highsnobiety, Dare and ENVY Advertising have channeled urban chic to shake up perceptions of golf for a new Nike campaign to launch the brand’s new performance and style-led golf apparel.

Created in collaboration with Dare and Highsnobiety, the campaign shines a spotlight on the Cape Town-based urban golf collective redefining perceptions of the sport with its bold new energy. A breath of fresh air from the bland polo shirts and beige chinos that dominate golf-wear, the sport is reimagined with serious attitude and sartorial flare.

Tasked with imbuing the campaign film with the high-level of quality and depth of the original photography, ENVY Advertising’s Danny Wood delivered a sumptuous grade that perfectly complements the key elements of the promo.

“Matt Bolton of Dare approached us with a visually stunning look-book, so we had rich reference material to draw on. My main focus was to achieve consistency in the look and to celebrate the incredible environment that defines the film. It was important to allow each of the distinct identities – the products, the individuals, and their craft – to shine through, while uniting them visually,” Wood said.

“The clear determination and passion from Matt to deliver both a cohesive and visually captivating film and look-book were all the motivation we needed,” comments Greg White, executive producer at ENVY. “His drive to complement the core product as well as the subjects and environment was truly inspiring and made this a hugely pleasurable project for us.”