Posted By: TMO Contributoron: May 25, 2017In: Digital
Print Email 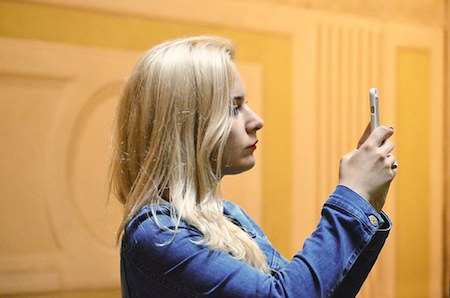 With over 350 million photos posted to Facebook every day and over 60 million uploaded to Instagram, it is clear that visual social media carries real influence in the world we live in.

Looking at user-generated content (content uploaded by ordinary people, not brands or businesses) can provide visually and emotionally rich insights into what people think and how they feel.

Due to its cultural significance and emotionally-led content, Kantar Added Value’s UK Cultural Insight Team thought visual social media was fertile ground to analyse gender bias, and so took to Instagram to see the ways in which gender bias is presented.

It began by identifying some hashtags in which it thought bias was likely to be present and collated a sample of images under each. It then conducted semiotic analysis on the sample to find patterns within the images, and quantified each to give an indication of scale.

Here are the results of their analysis of #leader, #engineer and #students.

For the 207 images with the hashtag ‘leader’, Added Value found that 94 were inspirational quotes of which only five featured or were by a women. Of the 53 images featuring individuals seen to be ‘leaders’, 30 were men and 23 were women. 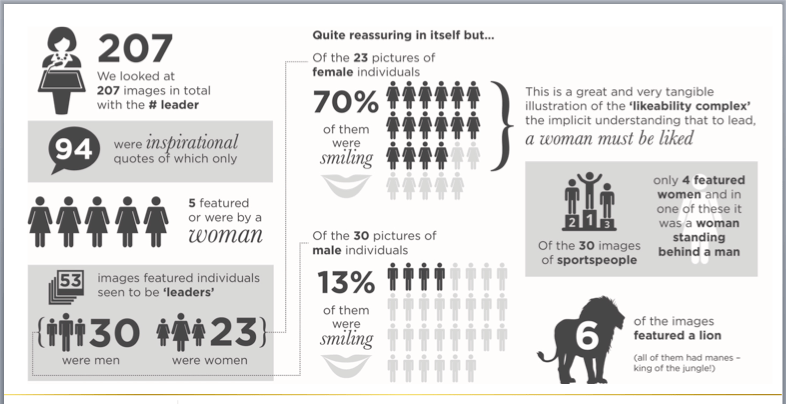 Further, of the 30 images of sportspeople, only four featured women and in one of those it was a women standing behind a man. Finally, six of the images featured a lion; all had manes.

Added Value also looked at 240 images with the hashtag ‘engineer’. Of those, 112 were pictures of engineers on site – 72 were men and 37 were women, which is probably not as unbalanced as you would expect.

However, of these 240 pictures, 102 were pictures of engineers working with machines or using technology and tools, 98 were images of ‘man and machine’ and only 4 were of ‘woman and machine’.  In fact, the remaining 26 images were of buildings or machines. 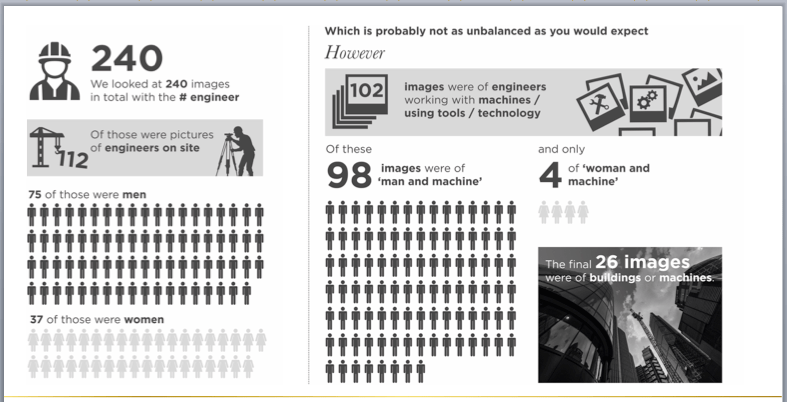 For the hashtag ‘students’, it looked at 255 images in total. Of these, 119 were pictures of books, laptops, notes, highlighters and cups of coffee; and 63 images were mixed groups of students at school. There were also several – 58 – Added Value classified as ‘procrastination’ pictures. Of these ‘bored selfies’, 45 featured women and only nine men. 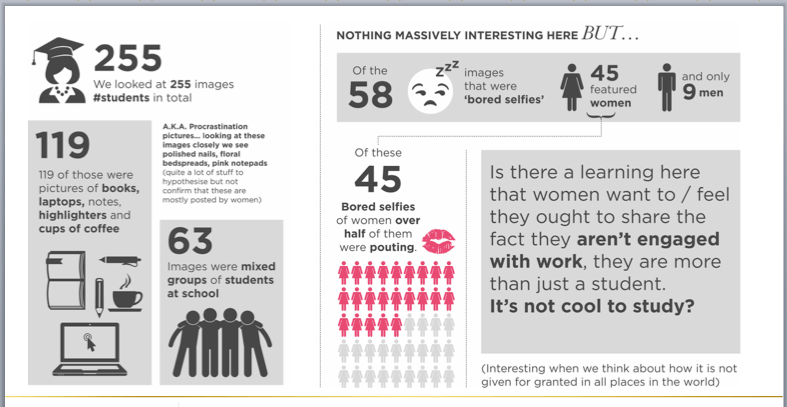 In conclusion, analysis of #leader, #engineer and #student show visual social media isn’t devoid of gender bias. On the contrary in fact, it is rather prevalent.

It also provoked several hypotheses, including the possible learning that women want to (or feel) they should show that they aren’t wholly engaged with work, or that they are ‘more than just’ a student.