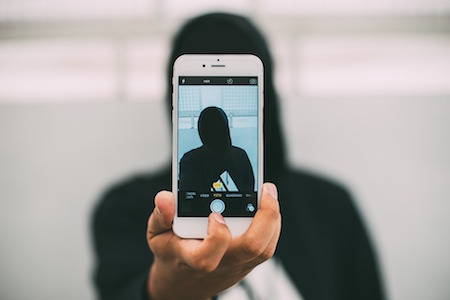 What would real transparency look like in the ad industry?

Imagine, if you will, a world in which an agency could 100% guarantee that your ad was delivered to exactly the right person you intended to show it to, and that ad was absolutely, beyond the shadow of a doubt, seen.

Let’s pretend that ad was able to be measured to determine if it truly broke through the clutter, and whether that ad had demonstrable influence over consumers’ purchase decisions. If that were the case, then everything went smoothly and you were happy.

Let’s also assume the ad was not guaranteed to be seen, for whatever reason.  We’d agree it had no measurable influence on the consumer and therefore was not an effective ad.  In that case, the agency would automatically engage in an analysis with the publisher or the tech platform that delivered the ad to determine why it was not seen.

In all of these cases, there would be some type of negotiation to either not charge the advertiser, or charge them a reduced fee that acknowledged the opportunity to view, but also recognised the view was not accurately delivered.

In this case, the agency was minding the advertiser’s money as if it were their own, reallocating funding to maximise against delivery and measurable influence.   The agency would proactively then deliver reports that included all of these stages of measurability and recommendations for what types of changes should be made to campaigns to decrease these issues in the future.
By the way – this was the dream for digital advertising.  It’s still somewhat of a dream, although a dream that may eventually come true.

The problems along this continuum are that many of these stages detailed in the delivery of an ad are actually estimated — and in some cases the results are simply not known.

That’s the good news, because many of those issues can be fixed. The bad news is the industry is not truly incentivised to do the fixing.

To fully resolve these issues requires a dramatic increase in steps toward transparency. It means many of the players have to be willing to sacrifice billions of dollars in revenue.

I would argue that both agencies and publishers would be willing to embrace these issues.
The primary issue with transparency is the wealth of small to medium-sized companies that operate at the fringe of the industry. These are the folks who represent too many of the exhibition booths at some large trade shows. They are not meeting with analysts. They are undercutting the competition based on pricing. They are reselling the wares of other companies, and too many primary companies are accepting this fact because these shadow companies are generating revenue for them.

It’s this house of cards that needs to be toppled to create a more legitimate foundation of the digital ad economy. These companies are too opaque and give the business a bad name.
As an industry interested in truer transparency, what can we do about these companies? Is there an organisation that can offer to verify those companies that operate in a customer-beneficial manner? At trade events, can we no longer accept the sponsorship of companies that are not verified as such?

What can we do to police ourselves before the consumers police the industry into a hole?  What can we do before ad blockers make the final decision for us?