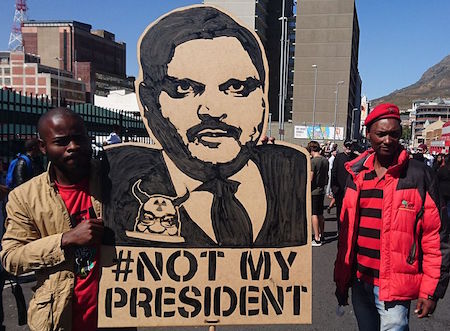 ‘To think that you can shrug it off with an apology… is really disingenuous’ – Chris Vick – PR specialist.

SIKI MGABADELI:  Now that apology that everyone has been talking about. Bell Pottinger apologised after a social media campaign accused it of inflaming racial tensions in South Africa. The United Kingdom does have laws that prohibit UK-based companies from becoming involved in activities that incite racial tension in foreign countries. But what can PR agencies get away with, and can Bell Pottinger be held to account? Do you accept their apology?

Let’s chat to Chris Vick, who is a spin doctor. Chris, thanks so much for your time today. I know you’ve been spending the past few days just talking about this with almost everybody. I think there is a lot of incredulity around the country about what has actually happened here. What was your initial reaction to the apology? 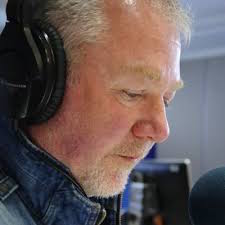 CHRIS VICK: Good evening, Siki. I was amazed that a PR company that has caused so much havoc around the world, including in Nigeria and Malawi and now South Africa, that they still think they can get away with this. To apologise a few days after you ordered an investigation by a global law firm really suggests that the stuff you are in is so deep that you are not sure you are going to get out of it.

It obviously indicates that they have uncovered or finally discovered just how dirty the dirty tricks were that they were playing. But to think that you can shrug it off with an apology I think is really disingenuous.

SIKI MGABADELI: It sounded, Chris, like it wasn’t just an arm’s length relationship. These people were here, senior executives came here to meet with members of the Gupta family. So surely they were intimately involved?

CHRIS VICK: They were in bed with them, there is no doubt about that. If you read the … report, which was released about two months ago – and it has never been denied by the people and parties indicated – there are suggestions in that report that they were trammelling money to Black First Land First who are now our resident blackshirts, and the Decolonisation Foundation.

And also I’ve spoken to a couple of people who worked at Bell Pottinger – not on this account – but it was common knowledge in London that they were having daily conference calls with The New Age and ANN7 staff. In other words they were steering their news agenda to fit the social media and boots-on-the-ground agenda that they were following. That movie’s been embedded and this notion that they were misled by somebody or some organisation or individuals that they are yet to name is also really disingenuous. You signed a contract with people in the situation, you outline in the contract what you are going to do and how you are going to do it, and your client in this case – Oakbay and the Guptas – signs off on it.

So they had full knowledge, particularly if you look at Bell Pottinger’s MO in other parts of the world – full knowledge it was going to do dirty tricks. And that requires an agreement between the organisation Bell Pottinger and the people who signed… being the Guptas. 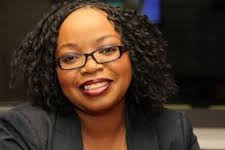 SIKI MGABADELI: When we talk about dirty tricks, how much of that is actually ‘allowed’ in the industry?

CHRIS VICK: Ethics is very much a personal issue, as you know. It applies to journalists as it does to people who do public relations. I always go by the maxim of would I like what I’m doing to be done to me and, if I wouldn’t like what I’m doing to be done to me, then I don’t do it. I think that’s the sort of maxim that should be adopted in this kind of situation, particularly because you are not talking about milk that has passed its expiry date or cigarettes that might have contaminants in them. You are talking about actively promoting racial hatred.

You saw some of the stuff that was put out on those fake Twitter accounts. The real vitriol, the misogyny that was directed at people like Ferial Haffajee, the racism that was put out about Pravin Gordhan, the nonsense about the Public Protector being a CIA agent – that’s really dangerous stuff.

SIKI MGABADELI: In the UK there is an investigation by the PR and Communications Association. Do we have such a body here, and would it be effective in investigation?

CHRIS VICK: There isn’t such a body here. There is the PR Institute of South Africa, which is effectively a training institution. That’s most of what they do. They also help you decide what sort of fees to charge. But, as far as I’m aware, there is no kind of ethical code. I don’t belong to it because I don’t think it serves much value. But I don’t think it has an ethical code and I certainly don’t know what one would do in a South African situation. I think that British industry is probably more mature and better policed. So it’ll be interesting to see what comes out of that.

Presumably there is a code of conduct against which they would have measured the whole of Pottinger’s work, but it begs the question why they weren’t doing that in the seventies when these guys were working for Pinochet, when they were working for Thatcher in the eighties, when they were trying to topple governments in Latin America in the nineties. I don’t know how punitive it is or how effective it is. It hasn’t been used against them in the past.

SIKI MGABADELI: We’ll leave it there. Thank you for your time, Chris.