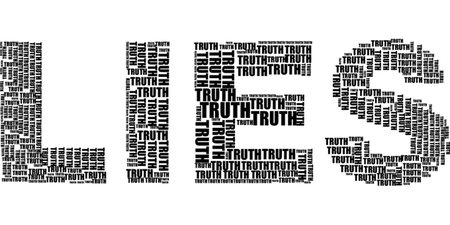 Fake news, false claims, invented opinions and online rumour can seriously burn your reputation. Disinformation has been used as a tactic in both politics and marketing for as long as we have had unscrupulous politicians and overly opportunistic marketers. But the rise and pervasiveness of social media has made disinformation – in the form of propaganda or fake news — a force that is capable of influencing elections and harming the bottom line of some of the strongest corporations.

The role of fake news in the US elections has been studied at length and is now the subject of a Senate Intelligence Committee Investigation. But what concerns me is that in the ‘post-truth era’, the same techniques of psychological warfare are being used against brands. The perpetrators? One can but guess – it’s hard to tell where these stories originate. Your competitor isn’t likely to brag about how they dealt a body-blow to your business in such an underhanded way.

Late last year both Pepsi and New Balance were the targets of consumer boycotts, due to falsified reports that misquoted both companies’ executives. Pro-Trump websites misquoted Pepsi CEO Indra Nooyi as saying that Trump supporters should “take their business elsewhere”, and pro-Democratic Party websites falsely quoted New Balance’s VP of public affairs as saying that New Balance was the “official brand of the Trump revolution”.

And they weren’t alone. Macy’s, Oreo and Ford Motors all suffered damage to their reputations [and bottom lines] when fake news stories made assertions that were clearly false, yet hard to counter.

The 18th PAMRO conference delves deeply into the issue of fake news and whether the media is perceived as being a disseminator of disinformation. How media operators, marketers and brands can guard against fake news as well as some of the means of defence against disinformation detailed below.

Your brand’s reputation is one of your most valuable assets, and directly influences brand equity. Not only is your brand equity a measurable asset on your balance sheet, it’s also a measure of the strength of your customers’ attachment to your brand, as well as all the associations and beliefs (such as perceived value) that your customer has about the brand. It’s something you’ve built up over the years, and yet one bad news story can set you right back in terms of customer loyalty and goodwill.

Rumour, gossip and bad news can spread like wildfire. It’s important to have the fire-extinguishers ready and primed as soon as there is the first sign of smoke. You can’t predict what form the attack will take, but you can still be prepared with some basic strategies.

In practical terms, what does one do to counter an attack that comes out of the blue and seems to have no rationale behind it? The following steps may seem familiar — they are essentially the same as any kind of reputational damage control.

Step 1: Examine the issue and assess the extent of the damage. Is this some isolated comment by an unhappy customer, or does there seem to be something more nefarious afoot? And let’s not discount the possibility that your competitor may have hired a ‘third force’ to launch a concerted attack on your brand. If the allegation concerns a quote by someone in your company, find out what was said, by whom, and when. Get the facts straight first.

Step 2: Plan your response. Before the crisis begins ensure your company has a solid, well thought through crisis plan for social media. When the event happens, whatever you do, don’t let emotion rule your reaction. If it’s one or two unhappy customers, deal with them on the same channel – be it Facebook, Twitter or hellopeter.com. It is also a great idea to invite them to interact on a more personal level. Get your most charming representative to call them and give them the one-on-one. Listen to the customer, relay to them that you’ve understood their problem, and find a solution.

If the negativity looks like it’s coming from a more ‘credible’ source like a fake news site that might fool the average reader, or a well-followed blogger – a quick Google search should establish how far the story has spread. Again, no matter how irritating the false accusations may be, don’t have a knee-jerk reaction – don’t ‘do a Donald’ and fire off a rude tweet. You have to smile in the face of adversity, or you’ll come off looking pompous or defensive – or guilty.

It is possible for a fake news story to die out on its own, while overreacting could have a ‘Streisand effect’ — i.e. your protestations of innocence and threats to sue the site/blogger/journalist could add fuel to the fire and draw attention to the negative message – the opposite of what you want. No, you want to charm your once-loyal customers back to the safe space of loving your brand. Much as people love to gossip, they also love the warm, fuzzy feeling of loyalty to an exclusive brand.

Step 3: Take action. The charm offensive should be carefully orchestrated with your PR team, and this is where PR can really come into its own to protect your reputation. Use the same channel to publish the facts. If the disinformation can be identified as coming from a prominent source, like a major Twitter influencer (or blogger or ‘opinionista’), direct message them, and post a calm, clearly-worded response to clear up the misconception. Appeal to their sense of fairness. Give them the opportunity to be the ‘hero’ that presents their followers with the ‘update’.

Do not call them names like ‘fake news’ or accuse them of lying. The last thing you want is a flame war, and it’s safest to work from the assumption that there has been a misunderstanding or miscommunication. Where possible [and this is tricky], use humour to defuse the situation, but only if you’re sure it won’t be taken the wrong way. Diplomacy is key. Speak to the individual as an individual, and research their writing to see if they have published other comments elsewhere. Use a little personalised and emotive language, like ‘I was saddened to read…’. But of course, don’t overdo it.

Use your good relationships with reputable news outlets to send out a positive message about your brand, to counteract the negative effect. Bad news tends to have more traction than good, so be prepared to spend a little to create a newsworthy message.

When Google executive Sundar Pichai was misquoted on the French blog FrAndroid about the security of the Android operating system, Google worked with TechCrunch to clarify what Pichai had said, and provided a full transcript of the speech for anyone to scrutinise. Due to TechCrunch’s profile, the story was repeated on sites like BG, Mashable and NetworkWorld.com – a nett win for Google in terms of good publicity.

Step 4: If you find evidence of a deliberate, malicious attack, then consider legal action. The evidence needed will have to be considerable, however, and you will have to prove damage. Invest in your advertising in terms of raising brand awareness, and use your existing channels to communicate with your customers, shareholders and staff. Having the truth on your side will give you a powerful advantage — use this as an opportunity to build your brand.

In the battle to win and retain customers, building brand loyalty is just part of the picture. It’s essential that your marketing communications strategy provides for an attack on the fake news front. In a large organisation this means that a significant attack on the brand will have to be escalated to the C-Suite, in order to ensure that a coherent, focussed message is disseminated throughout the organisation, and all channels — social media, online, and conventional media — need to provide an integrated message.

Keep a cool head, and remember that doing good business and building brand loyalty will create a closeness with your customers that will stand you in good stead in the long run.

The 18th PAMRO Conference takes place at The Vineyard Hotel in Cape Town from 27 to 30 August and addresses the theme ‘Content is king and he is one of us’. For more information please visit the PAMRO website and click on this link.