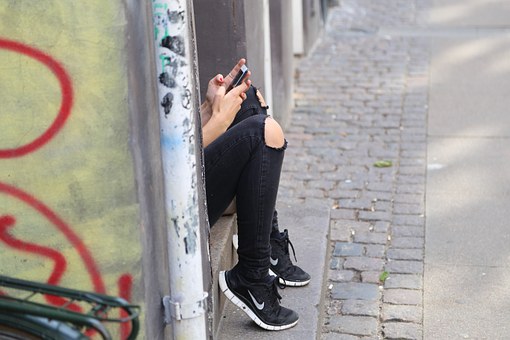 The online environment is a minefield of fake news and ill-considered public opinion that is slowly causing casualties among consumers – even those who doggedly believe everything they read.

Yes, even those who steadfastly cling to every word from people such as Donald Trump, Jacob Zuma and US sports commentators who simply cannot abide anyone but an American winning anything.

It is precisely this problem facing online publishers that gives good, old-fashioned newspapers the edge.

If a newspaper can stick to the ethos of credible, well-researched and balanced content, this will spill over to their online products and bring solace to those consumers who are becoming fed up with fakery and fictitious facts.

Unfortunately there aren’t many newspapers, here and abroad, that still have these qualities which is probably why so many of them are dying slow, agonising deaths.

Here in South Africa there are a few. The Mail & Guardian is one and another newspaper that has improved enormously in the past year in terms of quality and credibility is the daily The Times – little sister of The Sunday Times, which, I might add, could take more than a lesson or two from its younger sibling.

Business Day is another great example of print to online spill over – something proven quite conclusively with the success of its online offerings.

Naspers also appears to be improving the credibility of both its print and online products.

Regrettably, precisely the opposite is happening with Independent Media, whose former iconic titles such as The Star, Cape Times, Argus etc, are now mere shadows of their former credible selves.

There is no doubt that the future lies in the online environment, particularly video. There will come a time when no one reads newspapers or magazines in hardcopy. It is quite simply inevitable if one looks at the media consumption habits of our youth

The same spill-over principle applies to radio and television news, all of which have online offspring varying in credibility from acceptable to downright pathetic in the case of captured networks such as SABC and Guptamedia. [One can only hope the interim board’s call for a new editorial policy with public input could reverse the SABC’s slide into Hlaudi’s world of sunshine news.]

There is no doubt that the future lies in the online environment, particularly video. There will come a time when no one reads newspapers or magazines in hardcopy. It is quite simply inevitable if one looks at the media consumption habits of our youth. Right now they depend largely on their online peers for credible news. They don’t read newspapers, watch live television or listen to live radio.

When they get older they are certainly not suddenly going to change their media consumption habits.

Young people have found their own way to credible information. They’re not going to change. Ever.

Sadly, too, the majority of marketers and practically all involved in the advertising industry are in a state of denial about reaching consumers.

The ad industry continues to churn out expensive 30–second TV commercials in spite of proof the world over showing that this is, in the majority of cases, simply a waste of money.

The consumer world has moved away from one-way mass communication to two-way targeted conversations with individual consumers. Something that wasn’t possible only a decade or so ago but which is now not only easy but much more economical.

Which is why most companies in this country, according to my marketing audits, actually waste, on average, between 25% and 35% of their marketing budgets. That’s about R50 billion a year down the tubes.

Makes you think, doesn’t it? Or at least, it should…