SABC embarks on review of its editorial policies (With pics) 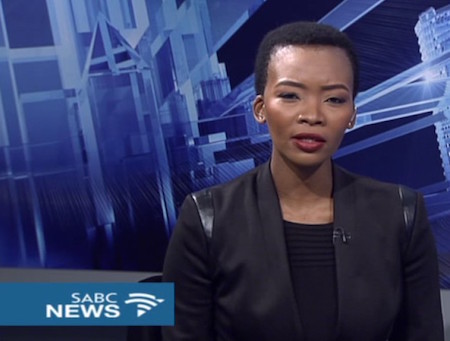 The South African Broadcasting Corporation (SABC) is calling on members of the public to submit comments about its editorial policies to help share the future of the public broadcaster. Michael Bratt attended the briefing.

The SABC is currently being guided by an editorial policy which came into effect in 2004. This after the Independent Communications Authority of South Africa (ICASA) rejected a 2013 review (finalised in 2016) stating that the amendment made by the SABC board of its editorial policies was invalid in terms of the Broadcasting Act No 4 of 1999.

But the current interim SABC board has decided that now is the time to hear what the public wants from the public broadcaster (a good thing too, as its current editorial policy is 13 years out of date).

“This project is intended to ensure that the public is properly consulted and that the final policies that will emanate from the process are compliant, legitimate and reflective of South Africa’s views and sentiments,” said Khanyisile Kweyama, the interim board’s chairperson.

The board will assess public input and then draw up amended editorial policies based on the recommendations. A final draft will then be sent out to the public to ensure that the input was captured correctly and for final public comment. Once this is done, the final amended policies will be sent to ICASA for approval. Kweyama stressed that petty things like commas not being included in the policies will not be considered. “We will consider matters of content and context, substantive input into the policies,” she said.

The broadcaster has created a multitude of ways that the public can make submissions. The SABC will embark on roadshows across the country, both rural and urban, from 31 July until the end of August, to get people’s input in person.

Philly Moliwa, general manager of policy and regulatory affairs at the SABC revealed that not just one policy is being reviewed. It is made up of six different ones, which includes programming, news and current affairs, language, universal access and services, local content, and religious programming and education.

“The big question is, what informs our programming,” he said. “That is what members of the public want to know as we go and do our roadshows. What informs the decision-making process? This process is exactly intended to gather that kind of input”. His message to the public is that the public broadcaster is going back to basics. “We want to hear the views of South Africans so we are able to inculcate them in the final editorial policy.” Moliwa said the SABC aimed to guide the editorial policy with the values of equality, editorial independence, nation building, diversity, human dignity, accountability and transparency.

The first, inevitable question asked by journalists at the briefing was whether the broadcaster would reinstate the 90% local content quota for music and 80% for SABC 3, a decision taken by former COO, Hlaudi Motsoeneng which is credited with contributing to the SABC’s dire financial situation.

“We are out there to listen to the public and hear what they say. But as we listen to the public … some things have to be practical and make sense and fit into the strategy of the SABC. So we really have to just contextualise some of the things. When we talk about 90/10 at one of the press conferences, we talked about the budget implications. So we will get submissions from the advertising community and public. We are not here to pre-empt, we are going to hear all that has been said and when it is in front of us motivate what we can and cannot do,” Kweyama said.

This seems to imply that even if the majority of the South African public wants 90% local content, the SABC may not comply with this want. But Bessie Tugwana, acting SABC COO, provided a contradictory view saying, “It wasn’t because we don’t believe a public broadcaster should not reflect South Africans. It was about how we did it and whether we were ready at the time when we did it. As a public broadcaster we are committed to reflecting South Africans and we always will be”.

The other predictable question that was asked was, due to the SABC’s dire financial situation, whether the broadcaster can afford to conduct roadshows with this project. “We have been paying salaries every month and our lights and water haven’t been turned off… We are not out of the red, but we’re not drowning as we were in the past… At this point we really are making ends meet,” Kweyama said. “We need to get more money so that we can take the SABC where it needs to go, but in terms of making sure that the everyday mandate is being carried out we do do that. So don’t worry about us. We are managing and tightening the belt. But not compromising on the necessary things that we need to do.”

The briefing concluded with a reassurance from the interim SABC board. The question of how the editorial policy would be protected from individuals who may be pushing their own agenda while hurting the broadcaster was asked.

Tseliso Ralitabo, acting group CEO, was the first to tackle it, but his answer wasn’t very assuring at all. “We are going to be depending on the integrity that we are trying to build back for the organisation. And we are hoping that the executives that will be in place will be able to comply and adhere to the guidelines and the policies… We cannot have more protection than that of placing our hope on the executives that will be coming in.”

Kweyama was much more assuring in her response. “Part of the interim board’s mandate is to restore credibility and the governance at the SABC. It’s through lack of governance that today policies can be changed without going through a proper process… Change has to be within a framework. It has to ensure that the public participates, that the necessary governances are followed in the SABC… As a board we have been tasked with establishing and ensuring that once we put the lock on that, that it can only be opened by ticking off the boxes, that the process has been followed, the public has been consulted and the shareholder has been on board”. She stressed that this framework is already in place adding, “We shouldn’t make breaking the rules the norm. So now it looks like when people do the wrong things that’s what goes. The framework for doing the right thing is there.”

To review the editorial policies people can visit www.sabc.co.za/editorialpolicy and can electronically submit input at www.sabc.co.za/news. Submissions can also be: emailed to editorial@sabc.co.za; sent through the post office to SABC Private Bag X1, Auckland Park, Johannesburg, South Africa 2006; faxed to 011 714 4508; or dropped off at any of the SABC offices in the different provinces. A dedicated call centre has been set up for this project and can be contacted on 011 714 9111/011 714 9797.