A major threat to media agencies 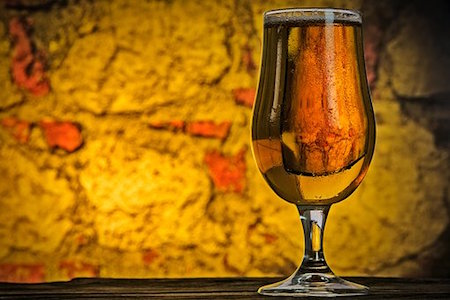 Initiative Media South Africa is set to lose 40-45% of its business after the company resigned the SABMiller/Anheuser-Busch Inbev (ABI) account, which it held for nine years. Michael Bratt investigates why and uncovers a worrying situation that may soon impact other media agencies, particularly smaller ones.

The SABMiller/Anheuser-Busch Inbev account ( SAB/ABI) is currently out on global pitch, but Initiative Media has decided not to re-pitch for it, because the alcohol beverage giant has made a change to its commercial terms. It now requests 120 day payment terms with an improvement to 150 day payment terms. To put that in perspective, Marc Taback, CEO of Initiative Media, reveals that if his company pitched for the account again and won, “it would cost Initiative Media over R20 million per annum in bank interest fees”.

Since the beginning of the review process in January 2017, Initiative Media understood from SAB/ABI that the decision would be made both on procurement driven efficiencies as well as market and data capabilities. “It’s clear that it is all about media pricing and commercial terms,” he says.

The brewing giant shared its side of the story with The Media Online through a statement from the company’s communications director, Robyn Chalmers, who confirmed it was implementing 120 day terms for “large and multi-national suppliers” and that “a preferential payment term will be applied to vendors within the small, medium and micro enterprise (SME) population”.

“The South African Breweries has for several years now worked on implementing standard commercial practices for its payment terms and payment process to suppliers,” says Chalmers. “The aim is to have an efficient, aligned and streamlined system which will allow the company to invest and grow, together with its suppliers. The work is part of an ongoing focus to ensure supplier payment terms are in line with best-in-class commercial practices, both locally and globally. SAB has made strong commitments to growing its business and investing in the economy, which in turn will help create jobs. In order to do so, it needs to ensure that it steps up the performance of the business and generates funds for growth.”

But the problem for agencies is that while an agency waits for payment from SAB/ABI, it also incurs monthly costs for payments it has to make to media owners and other media suppliers. “We would have to fund that. We are not a bank and it is just unaffordable,” Taback explains. “Being partners with SAB for over nine years, to lose the business because of procurement payment terms is just crazy.”

But Chalmers says SAB/ABI will continue to engage with suppliers to ensure that both sides are happy with the arrangement. “We will continue to work closely with those suppliers who are willing to grow with us by delivering quality service in order to reach higher growth potential, competitiveness and efficiency. For those suppliers who cannot support extended terms specifically, we will work with them on alternative solutions that make sense for both parties,” she says. “SAB remains firmly committed to the Public Interest Commitments (PIC) it entered into with government and the Competition Authorities in 2016, and has taken all reasonable care to ensure any changes made do not contravene the PIC.”

SAB/ABI is one of the largest advertisers in South Africa; consistently in the top three adspend across all mediums. If Initiative Media can’t find an account similar in size to SAB/ABI, then Taback will have to retrench a number of people before the end of the year.

This situation is not just scary and applicable to Initiative Media, but other agencies could face similar problems in the near future. Taback believes moving to these types of payment terms is “a trend that is starting to happen with big global companies which will seriously hurt media agencies globally”.

“They are treating agencies as if we are just stationery suppliers and not as true partners. True partners would realise that these payment terms are just ridiculous and unaffordable to us,” he says.

Asked whether he thinks SAB/ABI will find an agency to bid for this account, with that agency knowing the payment terms that they will face, Taback says some of the big agencies run their businesses like banks so “I’m sure some of them will be able to manage it. But the medium to smaller agencies will definitely not be able to do it. And I don’t think many agencies will… costing over R20 million rand per annum; I don’t know which agencies are going to do it for that amount of money.”

In response to this situation, Taback is calling for all agencies to stand together and discuss it and fight against “ridiculous payment terms”.

In the next couple of weeks Initiative Media will be spearheading an open discussion forum with all media agencies invited to discuss the matter.