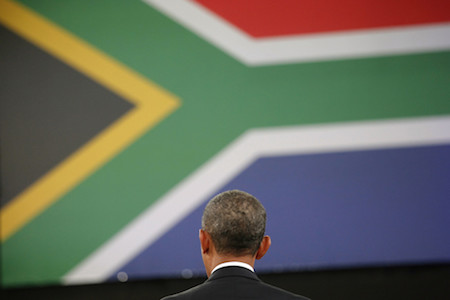 What is it about former US President Barack Obama’s record-setting tweet – it has already surpassed 1.6 million retweets and 4.5 million ‘likes’ – that has captured the imagination of the world?

No one is born hating another person because of the colour of his skin or his background or his religion… People must learn to hate, and if they can learn to hate, they can be taught to love… For love comes more naturally to the human heart than its opposite.

Judging by the replies and comments, the tweet seems to have offered some respite to the rapid depletion in social morale in the US after the recent Charlottesville violence. White supremacists gathered in the Virginia town for a ‘Unite the Right’ rally on 12 August to protest against plans to remove the statue of the Confederacy general, Robert E Lee. The violent extremists chanted racist and pro-Nazi slogans.

One of them, James Fields (20), allegedly rammed a car into anti-fascist demonstrators, killing activist, Heather Heyer (32).

Then came the current US President Donald Trump’s press statement that effectively legitimised the racism as perpetuated by the rightwingers:

We’re closely following the terrible events unfolding in Charlottesville, Virginia. We condemn in the strongest possible terms this egregious display of hatred, bigotry and violence on many sides, on many sides.

Why did the Mandela words resonate now?

Amid incredulous scenes of flagrant neo-Nazism – incredulous, that is, in an era of progressive human rights – and the inevitable and necessary protest against the rally, the words of Nelson Mandela resounded with a gentle wisdom and a kindly warning.

It was not so much a case of Obama simply not being able to find the correct words to respond to such a loathsome occurrence. After all it’s not uncommon to use someone else’s words or sentiment to make a statement on social media. I too have done this on occasion.

In this instance, however, the use of Mandela’s words was calculated. Strategically speaking, it was a stroke of genius.

Articulating the poignant message as a “direct quote” tweet enabled Obama to pass on a discreet message saturated with meaning because of its content and because it was attributed to its originator.

But, as we have seen on Obama’s timeline, the direct-quote tweet was given added meaning because of who had sent it, and its timing.

The Nelson Mandela Foundation sent out the same quote as a tweet on 29 July. But it enjoyed just over 1 100 ‘likes’, 18 replies and 737 retweets. While this is obviously related to the number of followers, the point is that the overwhelming global resonance with the quote via Obama’s Twitter timeline, is not simply because of its content, as profound as it is.

In this case, Obama may have chosen these words precisely because they offered some distance from the political space in America. Had he tweeted a strong and powerful message in his own name or using his own words – which he is clearly skilled at doing – the message may have been regarded as merely playing the opposition card, or indeed, more likely, the race card. Either of these two imaginary readings would inevitably have been shut down either by political loyalists or increasingly courageous racists.

By using Mandela’s quote as a response to Charlottesville, Obama maintained a sophisticated balancing act, while offering a few poignant messages of his own:

Perhaps that is why the echoed words of Mandela caused such an outpouring of support and resonance among twitterati. It said what progressively-minded individuals wanted to say, but simply couldn’t find the words.

I think the tweet raises another interesting sociological point about moral authority. In a context in which there is such a deflation of morale – such as the violence in Charlottesville and the blatantly irresponsible responses from Trump – any sound-minded progressive individual might hope, or even pray, for some kind of voice of reason.

Under normal circumstances, and especially in a predominantly Christian society such as the US, this voice of reason may be found in the Bible. But the right wing rally-goers had traded its life force for a narrative of exclusion that supported their bigotry. Invoking the words of the venerated icon Mandela, then, offered the necessary kind of gravitas or moral weight.

I can’t help but consider how Mandela’s legacy continues to offer respite to the world, though sometimes in quite different ways. In one case, it is Obama’s political wisdom that prompts him to use the words of Mandela to balance out rising social discontent, and to challenge racial hatred.

In another case, just under our noses, the African National Congress (ANC) with its increasingly dishonourable political leadership, invokes Mandela’s legacy to balance out rising social discontent about its own moral bankruptcy. Perhaps Mandela too, is, tragically, a man for all seasons. 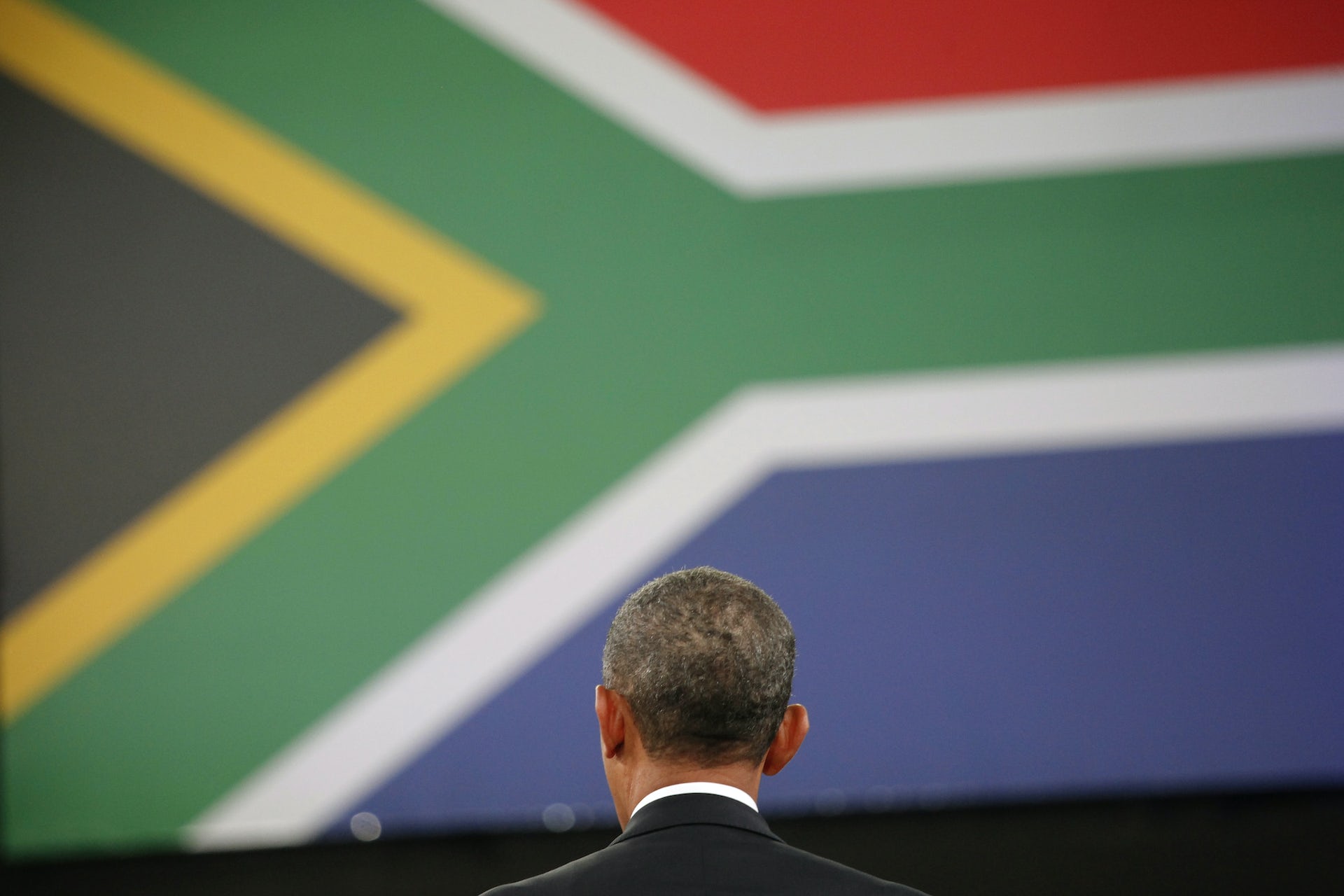 Barack Obama on a 2013 visit to South Africa.
Kim Ludbrook/EPA