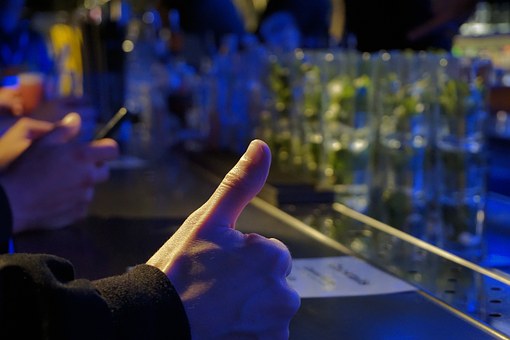 CYBERTORIAL* Coca-Cola has dominated the Top Companies Reputation Index for the past six years, but this year, the global beverage maker has been been challenged more than ever before.

Some interesting surprises at the top are in store in this year’s TCRI research, which includes a company that hasn’t even made the top 10 over the past six years. Some new contenders are making waves in the top three, some are faltering while others excel.

Plus94 CEO Sifiso Falala believes this research is imperative because reputation is important for business sutainability. As he says, it is particularly relevant this year “where you have seen it can get ruined overnight, in instances like Bell Pottinger and KPMG. Literally you could lose the soul of your business overnight!”

Covering the top 50 South African companies by advertising spend as well as industry leaders in different categories, an overarching theme emerged from the research. “Consumers expect companies that they interact with to have the highest reputation because they are most affected by those companies,” Falala explains, “… So if you are in any of those sectors and your reputation is damaged, the likely impact on you is probably huge because a lot is expected of those companies which interact daily with consumers.”

A sneak peek into the findings

The Media Online was given a behind the scenes look at some of the findings of the latest TCRI research.

Similarly almost all the average scores for each category experienced a decline, with the Alcoholic Beverages category, the Short-Term Insurance category and the Personal Care category being the hardest hit. The Household and Home category bucked the trend with its average score rising by just over two points, along with the Online Classifieds category, which is up by just over half a point.

Commenting on the drops Falala said, “It will probably pull us more in line with the rest of the world… The consumer is becoming more informed and also because we have been dealing with an economy that is not growing, consumers expect their rand to go further so they tend to be more alert and they get more information about the people that provide them with products so they are more strict… Also with the growth in social media we are now part of the global village so our standards are sort of blending in with how the rest of the world judges things”.

Some companies will be shocked to see how much their scores have dropped, especially Eskom whose score is significantly lower than in previous years and Standard Bank, which has been in decline since 2013. Others will be pleasantly surprised by their performance this year including OLX which saw a jump in its score from last year; Locanto, which showed the biggest riser of all the companies, and Media24 in the Media and Entertainment category. There was a standout winner in the Investment and Insurance Companies category, while the Banking category was the most hotly contested again this year; a category which has seen volatile reputation scores for all the banks over the years.

TCRI research also tracked the real world impact of reputation on companies, with two facts standing out. In 2011, 74% of respondents deliberately bought goods or services from a company because it was perceived to have a good reputation. This year that number has risen to 81%. Conversely, in 2011 44% of respondents stopped buying goods or services from a company because of its perceived poor reputation. That number is now 58% this year. “We are a nation that is sensitive to corporate reputation and we prefer to deal with reputable companies,” Falala said.

Familiarity levels are high for many of the brands covered in the research, the question being asked so that respondents only rate companies they are familiar with. But Falala cautions that awareness is not reputation. “You can be the most well known company, but that doesn’t mean people rate your reputation highly,” he said.

Added extras in the reputation research include figures on the usage of social networking platforms, the frequency of their usage, as well as the frequency of commenting on the various platforms. Some surprising trends emerged including WhatsApp’s dominance, and a smaller usage of Twitter than expected. Explaining how this ties in with reputation Falala said reputational damage took place on social networks, as did building opportunities.

A consistent measure of reputation

Since its inception in 2010 the methodology of measuring reputation hasn’t changed, so year after year the results can be compared. “Reputation is not just about public relations. It is the sum total of associations with your company as a brand by interested stakeholders and people that are impacted upon by your brand,” Falala explained.

The research used nine pillars to measure how well a company has performed and it was interesting to see which attributes, which make up the nine pillars, were the most important in terms of judging a company’s reputation. The simple answer is that it differs from company to company.

For Coca-Cola, which has reigned at the top for the past six years, it is mostly about its innovative products and services, the workplace environment and corporate governance. For Pick n Pay, which has performed consistently, it was more about vision and leadership as well as black economic empowerment (BEE). Plus94 is offering each company covered in the research its own individual report, at an affordable price, which explains the attributes which make it successful reputation-wise and which areas it needs to improve in.

All about the respondents

Plus94 uses a robust sample for its reputation research with 2 628 urban respondents from across South Africa, who fall into LSM 5 – 10. For this year’s research, an income and spending propensity weighting was introduced to make it more representative of an LSM group, along with demographic weighting.

The findings of the Top Companies Reputation Index will be revealed at an Awards event on Thursday evening (28 September). To find out how your company did in relation to your competitors, not just in your sector but across all of South African industry, you can get your individual company report from Plus94 by contacting Oscar Tshifure at Oscar@plus94.co.za or nubiz@plus94.co.za.