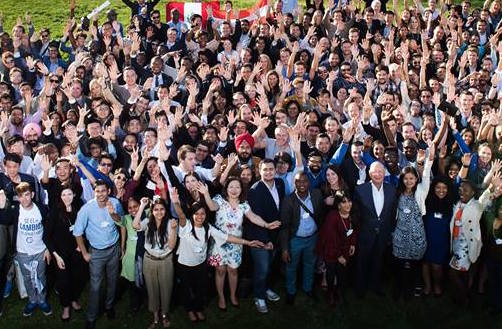 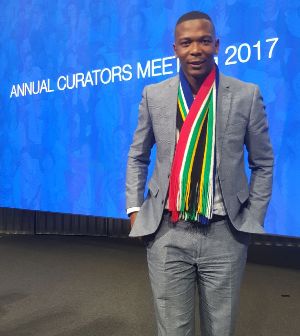 Ngwenya (left) is managing director and founder of SchoolMedia as well as the curator of the Johannesburg Global Shapers Hub. He travelled to Geneva, Switzerland recently to share ideas and network with his global counterparts.

His view is that media could be playing a bigger role, creating more platforms to assist young people in driving dialogue, action and change. “Communities don’t get much of a platform … You get a lot of dialogue happening that is not covered by the media, but the stories that they do cover do have an impact on society,” he explains.

He adds that only a few organisations are recognised by the media for driving dialogue and change because of their credibility. This includes the World Economic Forum Global Shapers but there are so many more not receiving attention, particularly at ground level.

“Dialogue in the communities where a lot of, not just what we talk about at a higher level, but ground dialogue where people are affected the most, the media is not playing a big role in covering that,” Ngwenya adds.

He also says that this sentiment was shared by many of his foreign counterparts at the meeting, indicating that this is not just a South African problem, but a worldwide phenomenon that needs to be addressed.

The one exception is social media, seen as the tool most commonly used by young people to express their views and debate the hot topics. Ngwenya cites an example presented to him by his counterpart from the Addis Ababa hub at the meeting. He was told that if the Ethiopian government sees something on Twitter that they don’t like, that criticises them or is something that will affect them, then they switch off the internet.

“Social media has such an impact and does play a big role because a lot of young people are there. And in all the African countries it dominates the media… That is how people connect at the end of the day, on social media,” Ngwenya explains.

The biggest takeaway from the meeting

When asked what the biggest lesson was that he learnt from the meeting, which he can now apply to the Johannesburg hub, Ngwenya replied, “All our challenges are very similar across the world. And the world has been made very small through social media… So the lesson is, it’s a small world, everyone has similar challenges and everyone is willing to help each other solve these challenges. Working together, we all want the same thing.”

Despite the similarities, each of the hubs also has their own priorities. The Denmark hub for instance, raises money for children to go on holiday. While Ngwenya says South Africa should be looking to implement these sorts of schemes, he explains that in African hubs, elements like education and infrastructure should be prioritised.

Global Shapers is a network of hubs across the world led and developed by young people driving dialogue, action and change. Hubs are city-based teams of shapers, united by common values, inclusion, collaboration and shared decision making. Together, shapers create projects and positive change for their communities.