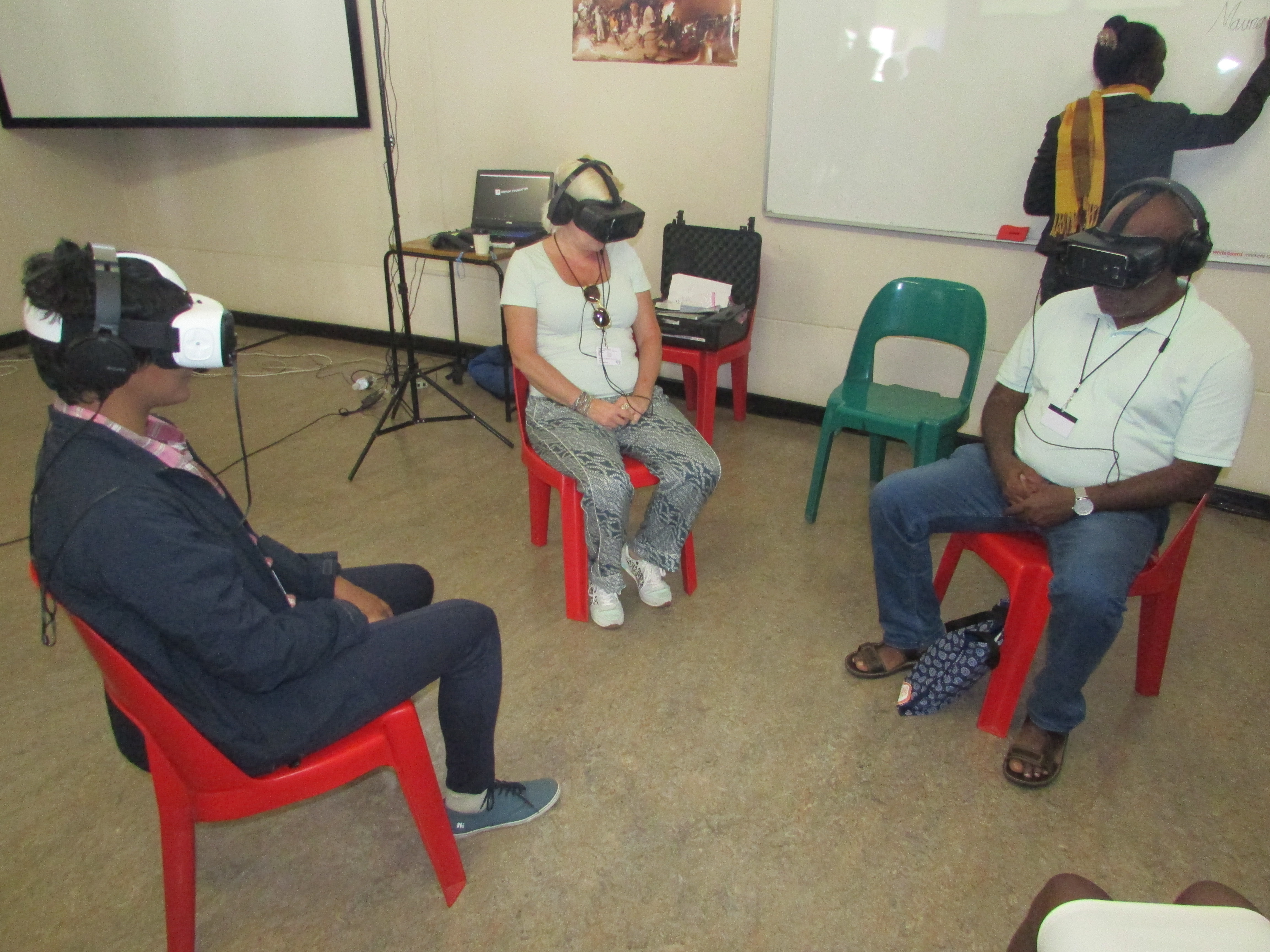 The immersive nature of virtual reality makes it a powerful tool for news storytelling. It can take people to worlds they may never have access to.

Such was the case at the 10th Global Investigative Journalism Conference held at Wits University recently. A virtual reality display showcased its potential in reporting investigative journalism stories.

One story on display, After Solitary, saw users transported to a solitary confinement cell in a US jail. A previous occupant recapped his time in the cramped space and compared it to now being a free man. It was a project of independent producer and director Cassandra Herrman.

“It’s a completely different way to experience a subject or issue,” she said, explaining the power of VR. “You have a sense of immersion, you have a sense of embodiment. You can take subjects that have been well covered in the media and give them incredible new life through this technology.”

From solitary to Sudan

The other story on display, We Who Remain, took users to the mountains of Sudan, telling the tale of citizens living in a war torn area. Director Trevor Snapp explained that VR was used to tell the story because it allows viewers to care about the story being told and empathise with it.

“We’ve been trying to tell the story in a lot of different ways. It’s quite difficult because a lot of people have trouble connecting to it,” he said. “We wanted to find a way to empathise with people who are living through a difficult situation but also to show the resilience the people have in this context.

“VR allows people to travel to other places and meet people in ways that feel a lot like real life and that makes it easier to care about the story and the memories and the statistics.”

Not as expensive as perceived

Advances in technology and decreasing prices have led to an increase in the popularity of VR storytelling. “There are now cameras that are as small as iPhones that have quite high production value,” Snapp said. “You can buy VR cameras that stitch all the footage together internally allowing you to edit quite cheaply.”

For the past five years only people with access to expensive cameras could embark on such projects.

Herrman stressed that there are different types of VR with some being more expensive to produce than others; 360 degree video is more affordable in terms of the cameras and editing software, but for a volumetric walk around (which was the type used for After Solitary) the technology is more expensive. A public grant of $500 000 was used to produce After Solitary, along with two other virtual reality experiences. “These types of pieces have a lot of heavy lifting in terms of engineers and technology, but what you get from it is something incredibly impactful. It’s cheaper than a full length documentary,” said Herrman.

With greater access, VR is being utilised in news storytelling. However, headset adoption has not been as fast as companies thought it would be, seen by those companies dropping the prices of their units. Perhaps more popular is mobile with new smartphone releases which contain an AR kit. “In AR we will see more of mass adoption. 360 cameras have also gone down enormously,” Herrman said.

There have been questions around the ethics of VR in terms of the people who are being represented and tying that in with distribution. “Often the communities portrayed are not having access to this technology, it is still a very privileged space,” Herrman responded. “Also distribution is very difficult. 360 video can live online but with a volumetric walk around, it’s coming up at festivals and conferences, but you don’t have community spaces where it can play.

“A major challenge is how to get more people to experience it and a diverse range of people, economically, racially and socially”.

AR is the future

One could argue that augmented reality has more of a future than VR as, not only does it not require infrastructure like a headset, but it is tied in with mobile, which continues to boom.

Snapp will be involved with a virual reality Hackathon with local filmmakers in Kenya next month, which he is very excited about. He admitted that use of VR is not widespread across Africa at the moment, but believes it will become easier in the coming months and years. “The important thing is making it accessible, making it easy for people to do, making it easy for people to access it, otherwise VR will be just a fad.”