LATEST NEWS
Home Awards MOST Awards Not an ‘out of the box’ media man; there is no box (with video)

Not an ‘out of the box’ media man; there is no box (with video)

Posted By: Michael Bratton: November 01, 2017In: MOST Awards
Print Email 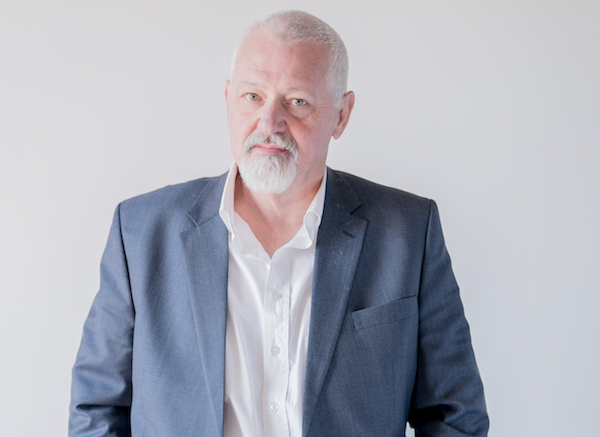 
It wasn’t hard to find many people with complimentary things to say about Gordon Muller, this year’s winner of the MOST Shepherd Award. We spoke to colleagues, associates, acquaintances and friends to find out what makes Muller so special and why he is the deserving winner of this year’s award.

The Shepherd Award is awarded to someone who not only has a significant presence in the media industry, but also selflessly gives back to it. Muller is the perfect fit for this award, having contributed to numerous industry bodies as well as to the development of media teaching in the country.

Virginia Hollis (who has known Muller for many many years) wrote what seemed like an essay, entitled ‘Sports enthusiast, convivialist, media maven, quaffer of good food and wine, and my friend’. She says, “I am in awe of his professionalism and how people engage (and revere) with him, which is a true gift… He loves it when people ask questions, and is ever patient when asked the same question again and again. He’s highly respected by the marketing and media industry for his candour; you might not like what he says, but he is rarely wrong.”

Muller’s wicked streak “sneaks out on occasion”, she says, recalling the times he plonked a cream pie on the late Alan McClarty’s head at a MASA workshop for no other reason than because McClarty had done it to him many years before, and hiding under a table with him and a few others at a cocktail function to avoid boring people.

His contributions to AMASA

Cinevation’s Karen Bailey served with Muller during his last stint on the board of the Advertising Media Association of South Africa (AMASA), something which he has done numerous times having been involved with the industry body since it was formed in 1970. “Since I started in media he has been a man that I have admired for his knowledge and continuous passion for our industry. He doesn’t just talk a good game, he delivers with his contribution being enormous … I personally found his contribution to AMASA to be insightful, relevant and practical.” Away from work, Bailey says Muller is good company. “… he is loads of fun and knows how to have a drink… or two”.

Hollis says Muller has given more than most to this industry, hours and hours of lecturing at AMASA workshops and the AAA School. “And I’m sure that most people have forgotten that he wrote the first South African media textbook which was 20 years ago and a second version which was published in 1999. A labour of love and bloody hard work, and a thankless task. I don’t think I know anyone in the media industry who would take on that challenge.”

Ken Varejes of Nfinity Media Group has known Muller for 27 years, and calls him the de-facto Pablo Picasso of the media industry. “Gordon has not only always adapted to change BUT he has led the process in most instances. His knowledge of media in South Africa is unsurpassed and he has consistently been the leading charge in terms of educating the up and coming media men and ladies year after year in his erudite fashion.”

Lyn Jones, regional manager of In Touch Media, has nothing but praise for Muller. “Gordon is a lateral thinker. Forget ‘out the box’ with Gordon – there is no box. His lectures, particularly, are entertaining and he has the ability to simplify complex subjects and issues with wry and creative wit. He is blatantly honest, and not afraid to call the proverbial spade a spade. Gordon, aside from delivering succinct and innovative strategies and plans for his clients in his professional capacity, is exceptionally generous with his knowledge and acumen. He’s not afraid of a party, he works hard and plays hard.”

Muller runs his own media consultancy firm, GSM Quadrant. One of his clients is NATIVE VML. The company’s head, Matthew Arnold, says of the partnership, “Gordon’s passion for media is incredible. He is always looking for new ways to reinvent the way media is planned and executed. This desire to innovate is what brought Gordon and NATIVE MEDIA together, providing an opportunity to rethink the way media works. It is exceptionally rare to find someone with his experience that is so focused on driving change within our industry.”

Varejes and Hollis summed it up best with their conclusions. “I have no doubt that the industry would be in a poorer place if Gordon Muller was not the buzzing entrepreneurial educator he always has been and I have no doubt will continue to be for many years to come. This man is a larger than life human being who has touched so many people in such a positive way and there is no one more deserving of the accolade of the Shepherd Award. I am also honoured to just have him as a mate,” says the former.

And Hollis reckons, “Gordon will retire at some point and when he does his legacy as teacher and mentor, and damn fine media planner will live on for many, many years, and unfortunately for us and in the words sung by Pete Langschmidt, ‘One Gordon Muller, there’s only one Gordon Muller’.”

1971 – 1975 – Attended the University of KwaZulu-Natal. Graduated with a BA HED in Psychology and Education.

1979 – Attended Damelin School of Management. Graduated with a Diploma in Marketing Management.

1992 – Obtained a Diploma in Service Industry Management, and Business Management through the University of the Witwatersrand Graduate School of Business.

Other positions and accomplishments

Past board member of the Levy Collection Agency (LCA) and the Audit Bureau of Circulation (ABC).

Served on the executive of the Marketing Excellence Council, the MAC Charter Council (Media and Advertising Transformation Charter), and AMASA.

For two decades his book, Media Planning – Art or Science was the prescribed text for a broad cross section of tertiary institutions in South Africa and Africa, including IMM (Institute of Marketing Management) and AAA School of Advertising. His book was awarded the Media Director Circle’s Media Innovator of Year award for 1996.

Represented KwaZulu-Natal at U21 level for both rugby and tennis, and has run over 70 marathons and ultra-marathons including four Comrades Marathons.