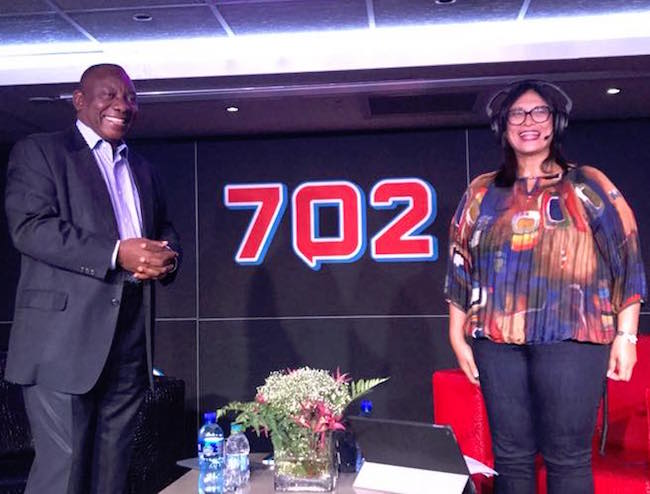 Journalists in all good faith threw their hearts, minds and pens into this chorus and backed “a man of the people”, “a humble man”, an “unpretentious and simple man”.

Some powerful types proclaimed there would be “blood on the floor” if Jacob Zuma did not become the next president.

As quickly as populist alliances form so do they unravel, according to Ernesto Laclau’s political philosophy theory. True to theory, Zuma does not have his alliance friends who brought him to power, anymore: Zwelinzima Vavi, then in Cosatu, Blade Nzimande from the SACP, nor Julius Malema then heading the party’s Youth League. His fair weather friend Gwede Mantashe flip flops to the extent that there is now a verb in the local lexicon, “mantashing”.

Then look what happened. I won’t mention what everyone knows, but for public enterprises minister Lynne Brown’s benefit: The political and corporate corruption with the Guptas, at the nexus with international companies McKinsey and KPMG, among others, is explosive. This has been exposed in the Gupta leaks: the capture of the state and law enforcement agencies, starting with the disbandment of the Scorpions.

The country, minister Brown, is struggling with a shocking unemployment rate, a hideous current account deficit, and junk status ratings. Meanwhile politicians, all over the world, are known to attempt to mislead with disinformation and even bribe journalists to get the nod in the media.

If journalists accept money from politicians they are equally complicit in corruption.

The South African National Editors Forum (Sanef) held its last council meeting for the year on Friday (24 November). Among other issues, ethics and reporting in the run up to and at the ANC elective conference was discussed and a statement was released appealing to journalists to heed the Press Code’s clause on Independence and Conflicts of Interests. This states:

2.1. The media shall not allow commercial, political, personal or other non- professional considerations to influence or slant reporting. Conflicts of interest must be avoided, as well as arrangements or practices that could lead audiences to doubt the media’s independence and professionalism.

2.2. The media shall not accept a bribe, gift or any other benefit where this is intended or likely to influence coverage.

The code of ethics is clear and simple. And let’s be frank: It’s not journalists’ business to be backing anyone for president of the ANC, or the country, nor any candidate’s slate. But it is their jobs to speak truth to power, hold the powerful to account which they do by exposing corruption, including politicians who are or have been involved with unsavoury dealings.

Take, for instance, Nkosazana Dlamini Zuma and the tobacco dealers.

It is for journalists to help the public connect the dots to remind us that she was responsible for the anti-smoking legislation, hence the irony. Then there was the Sarafina debacle which no one is mentioning these days. It is also for journalists to remind the publics that Cyril Ramaphosa has the Marikana blot on his landscape, including interesting facts about his buffalo bill.

The judiciary, opposition parties, civil society organisations and journalism are all playing their roles in this democracy, but with the ANC elective conference drawing near, journalists needed to be reminded about how easy it is to be led up many different garden paths.

Journalism as we know it is dying

We are living in an age where we are confounded by disinformation, propaganda enabled by digitisation, throwing the future of journalism into doubt. This phenomena exists parallel to the rise in populism and nationalism.

In this age, we just had confirmed for us at the Global Investigative Journalism Network conference hosted by Wits Journalism this month, that only investigative journalism will survive but the rest, for example, “content” may in the future be produced by robots who gather beforehand algorithms and analytics from your data. This is enabled by growing monopolisation of Facebook and Google, who have captured 50% of digital revenue globally.

The future for journalism as we know it is bleak; it’s dying. While investigative journalism will grow there isn’t a business model for it and probably never will be. It will probably continue to be funded by crowded sourcing and philanthropic sources such as George Soros, Open Society and Bertha foundations, among others.

There will be more collaborations especially cross border and international ones. This is the future for journalism – while print continues to die. The latest victim being The Times which will be online only after December this year.

This is the context of journalism as we think of the ANC elective conference on 16 December, and reflect on journalists backing presidents and slates. So is Ramaphosa the least rotten from a bunch of rotten apples? Maybe, maybe not. I heard one media company is backing the “unity candidate” Zweli Mkize. Maybe this is misinformation, so I won’t mention the name of the company.

Leave backing horses to comment and analysis. However, because business models are collapsing, unfortunately opinion, comment, analysis and reporting are getting mixed up. It’s hard in the current journalistic environment to get everything right.

You can’t give equal time to everyone, and you can’t be completely free of bias and subjectivities, but you can connect the dots, provide context, history, use your eyes and ears.

However, you can’t over connect dots as though the readers and audiences are idiots. It’s a delicate and difficult balance.

Start with the premise that all politicians want something from journalists, stick with the Press Code about conflicts of interests. If you still in doubt, look at the Constitution, the rest will follow. 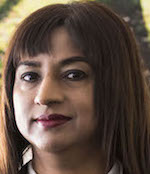 Glenda Daniels is associate professor of media studies at Wits University. She also chairs the ethics and diversity sub-com at Sanef, but these are her own views.