Did stations lose listeners after the big drive time reshuffle? 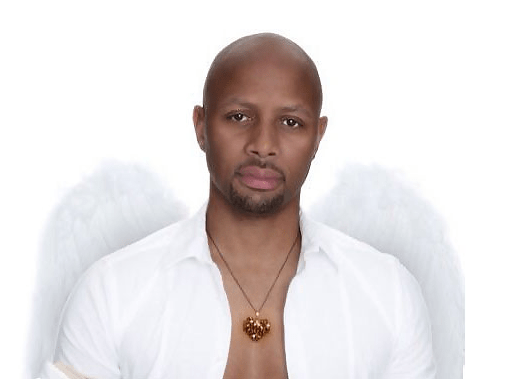 
With the great radio reshuffle of 2016/2017, drive time shows were thrown into turmoil. But did this impact on listeners? Did some stations lose out when they changed up their line-up?

I cannot recall a time when the world of South African radio talent was in such turmoil: Presenter resignations, redeployments and retirements have disrupted listeners’ expectations. In response, listeners have complained vociferously, both on social media and in real life.

That is not surprising. Radio broadcasters promote the unique and intimate relationship that listeners have with their stations. In the UK, the Radio Advertising Bureau, went so far as to prove, via the Radio: The Emotional Multiplier study, that consuming radio doubled happiness levels and quadrupled energy levels in listeners. And now, local chatter suggests that when their chosen companion changes, unhappiness rises.

But there has always been a line of thought that even though listeners complain, they are not likely to migrate to another station. The argument here is that for most listeners, their radio routine is a matter of well-established habit, and their loyalty is to format – for example, talk is the marmite of the radio waves. Important, too, is music genre, even if listener classifications of songs seldom neatly coincide with those of the programmers. It is also suggested that for many listeners, radio provides the soundtrack to launching into their day: With so many things to attend to, looking for another station is simply a low priority.

I thought it would be satisfying to lay this debate to rest once and for all, and turned to the BRC RAM data to do so. Of course, the first point of which I had to take cognisance was while the diaries are released on a quarterly basis, each report reflects a rolling six months of data. The three months of new data is averaged with those of the last three months of the previous report. (Put simply, imagine that a new presenter takes over a breakfast show on the first of July and thoroughly alienates the audience, halving it. The first April to September report will reflect a 25% percent loss. It is only when the July – December data comes out that the full impact will be seen.

Thus the response to any changes will be ‘damped down’ in the report, and really only play out in the following one, when all, or most of the data, is drawn from a period after the changes.

Before the industry conspiracy theorists leap on this as an indicator that the broadcasters have designed the research with their best interests in mind, it is important to remember that a primary requirement of any research study is that the sample be sufficiently robust to produce reliable results. There is international precedent for it: In the UK, in terms of the Radio Joint Audience Research (RAJAR) data, only the main London stations and the other large regional services report on the basis of a completely new sample each quarter. Smaller stations report on a latest 12 months basis. (This annual approach has been adopted in the BRC RAM data to facilitate reporting on community and small base stations).

The first example I chose to explore was Phat Joe’s arrival at East Coast Radio. A week after his arrival, an outraged Durban mother established an online petition for his removal, and social media was ablaze. Complaints to the Broadcasting Complaints Commission of SA (BCCSA) followed, as did time off air, and a fine.

Phat Joe started at the station on 15 August 2016. As this was roughly a quarter of the way into the July – December report period, one could reasonably anticipate that some change would be discernable. Failing that, then one could anticipate that a comparison between the April – Dec 2016 period (before his arrival) with Oct – March 2017 (in his tenure) would show audience movement. But the graph on page 13 shows only a very slight movement, with a slight uptick in the Jan – Jul 2017 period. (His departure from the station was announced in early July 2017). 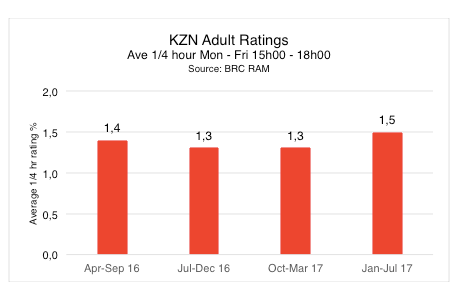 Many of us research users tend to treat the data as if this were exact measures of truth, and forget that because the entire population is not being interviewed census style, there will be a margin of error. The BRC has gently reminded us of this at recent data launches, providing tools on its website to calculate confidence intervals, and to test whether audience change is truly significant. Conscientiously, I decided to use the latter tool to check whether these changes were.

There is a caution that must be borne in mind with this tool: You can only test the data of two independent samples, not back to back rolling samples. Having tested all the permutations possible, it was clear that change in listenership was not significant at the 95% confidence level.

The retirement of radio icon, John Robbie, after 30 years with 702 certainly deserved an investigation, I decided. As he hung up his mic on 15 December 2016, and Xolani Gwala began his tenure in January 2017, it would be appropriate to compare the Jan – Jun 2017 data with that of Jul – Dec 2016. (Gwala, unfortunately, had to leave the show due to a medical emergency in September). Once again, the change in listenership between those two periods was not substantial. However, a notable drop did occur in the July – December period 2016 compared with April to September 2016, and then the data is relatively stable. 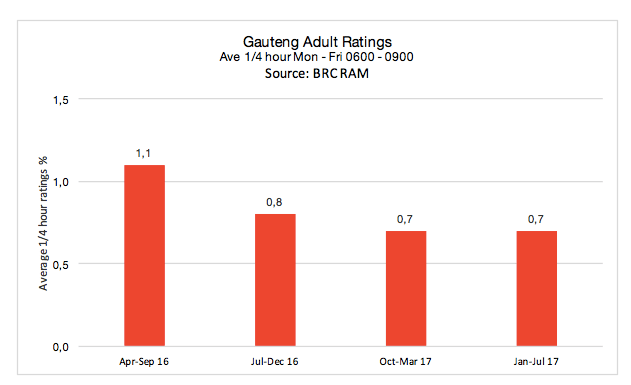 The ambitious Tbo Touch resigned from Metro FM in June 2016. A comparison of the Jan – Jun 2016 report with the July to Dec 2016 report showed that the Mon – Fri 15h00 average ¼ hour Black adult rating dropped from 1% to 0.8% – a significant shift. Of course, we should probably be cautious about attributing the shift entirely to the DJ’s departure. There was a broader background of turmoil at SABC; Hlaudi’s high-handed rule was in full swing, and the 90% local music rule was introduced. (Although it is important to remember that not all listeners were as against this as the non-SABC media suggested).

These three examples cannot conclusively tell us to what extent listeners are loyal to presenters and DJs, but they do highlight the parameters we need to bear in mind when we try to track the impact of programming changes.