The magic of creativity in OOH advertising

Posted By: Michael Bratton: January 31, 2018In: Out of Home
Print Email 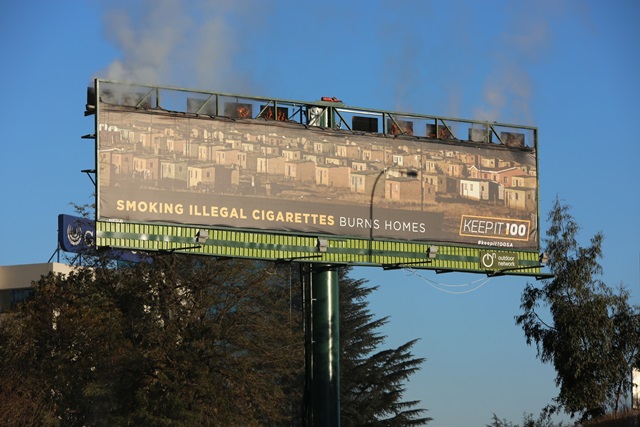 In the cluttered world of out of home advertising, outstanding creative can set a campaign apart and make it shine. What is the state of creativity in South African OOH advertising and work that made a splash?

Not only is great creative beneficial to clients, who get eyes on their offerings and an advert that sticks in a consumer’s mind, but also for owners of the site, who can demonstrate practical return on investment for their clients.

Provantage CEO Jacques du Preez says, “Creativity will also lead to word of mouth and memorability… and that will ultimately lead to enhanced brand equity and increased ROI” while Michele Munro, founder and managing director of MMAP, believes “creativity is THE most important aspect of OOH advertising as it then tells a story as opposed to just a magazine advert being flighted on outdoor platforms and the impact then becomes exciting for both advertiser and consumer”.

For Lyn Jones, regional manager for In Touch Media, creativity goes beyond simply making a campaign to stand out. It helps audiences connect more with the messaging. “The cultural, language, religious and regional nuances that shape each country in Africa shape the receptivity and responsiveness to creativity. How one communicates to these variant target markets is therefore of utmost importance, and relevant creativity and messaging is key,” she explains. “Out of home creativity has become more of who you reach in the right place and time than simply a homogeneous creative message that one hopes will hit the mark.”

All the industry players we spoke to have a common answer to this question. Key traits are simple design, which is a must, and the ad should be easy to comprehend. Out-the-box thinking is needed and big, clear wording and imagery is essential. Messaging should be in line with audience insights and the ad must be colourful and surprising.

“Award-winning creativity for OOH needs to deliver an appeal to both the heart and the head in a cleverly simplistic way,” Buckham says. Munro agrees. “Try to do something that hasn’t been done before. Try make use of various alternative creative options – use cut outs, extensions, spangles, LED lighting, reflective vinyl, electroluminescence and 3D imaging.”

Du Preez and Jones stress the need for creative to connect with the audience.

“Creativity is built on the base assumption that you understand the medium and the consumer. It is then also critical to understand how the consumer relates to the brand and how they relate to the OOH media type,” says Du Preez.

Jones adds, “Innovation for the sake of innovation doesn’t cut the mark unless the creative message and imagery is borne out of incisive and relevant insights about a target audience, and more importantly, assists in achieving the objectives of the campaign.” Creative directors should take guidance from research and media teams who provide insights that will determine how, when and where consumers are targeted, and with what creative message.

OOH vs. other mediums

There is one major difference between OOH creative and that of other media types: the time the audience has to take in the message. Passersby often only have a few seconds to engage with an OOH advert, so the idea is to either create a campaign that will make them want to stop and take in the message for longer, or something that is instantly memorable for them, ensuring the message stays with them long after they have left its vicinity. “With only a few seconds to make an impression, outdoor advertising design requires a disciplined and succinct creative approach,” comments Buckham.

Each of the industry players was asked to name a campaign that they believe demonstrates outstanding creativity. Munro picks a DStv one advertising the latest season of Prison Break and one for Eastgate Shopping Centre, commenting on the former, “The application of the creative is very clever and they have used the billboard in an extremely creative fashion – it really tells the ‘Prison Break’ story with few words.”

Du Preez names the burning billboard, done by Outdoor Network for British American Tobacco, as a standout saying, “It was a very clever creative idea using a billboard and radio to generate incredible awareness and word of mouth and reach”. It was so effective, illustrated by the activity it generated on social media, because it went beyond being a simple billboard and became an activation with a smoke machine and special effects.

Buckham picks a campaign done by Dialdirect as her choice. “By making use of strategic sites, the creative addresses traffic on the road based on the location. The simplistic and cleverly reductive creative is not only intriguing to audiences, it also requires cognitive participation from audiences to fill the gaps,” she explains.

A creative implementation, brought up by Jones, was a campaign for beverage maker Coo-ee, which saw different flavours of the product being progressively revealed one at a time on a billboard. A great way to keep commuters engaged as they were eager to see what was coming next.

Looking at the winners in the OOH category at this year’s Cannes Lions Festival of Creativity, one that catches the eye is a campaign by Lego, in which children built life-size outfits of different professions out of the bricks. Very colourful, eye-catching, but simple at the same time. 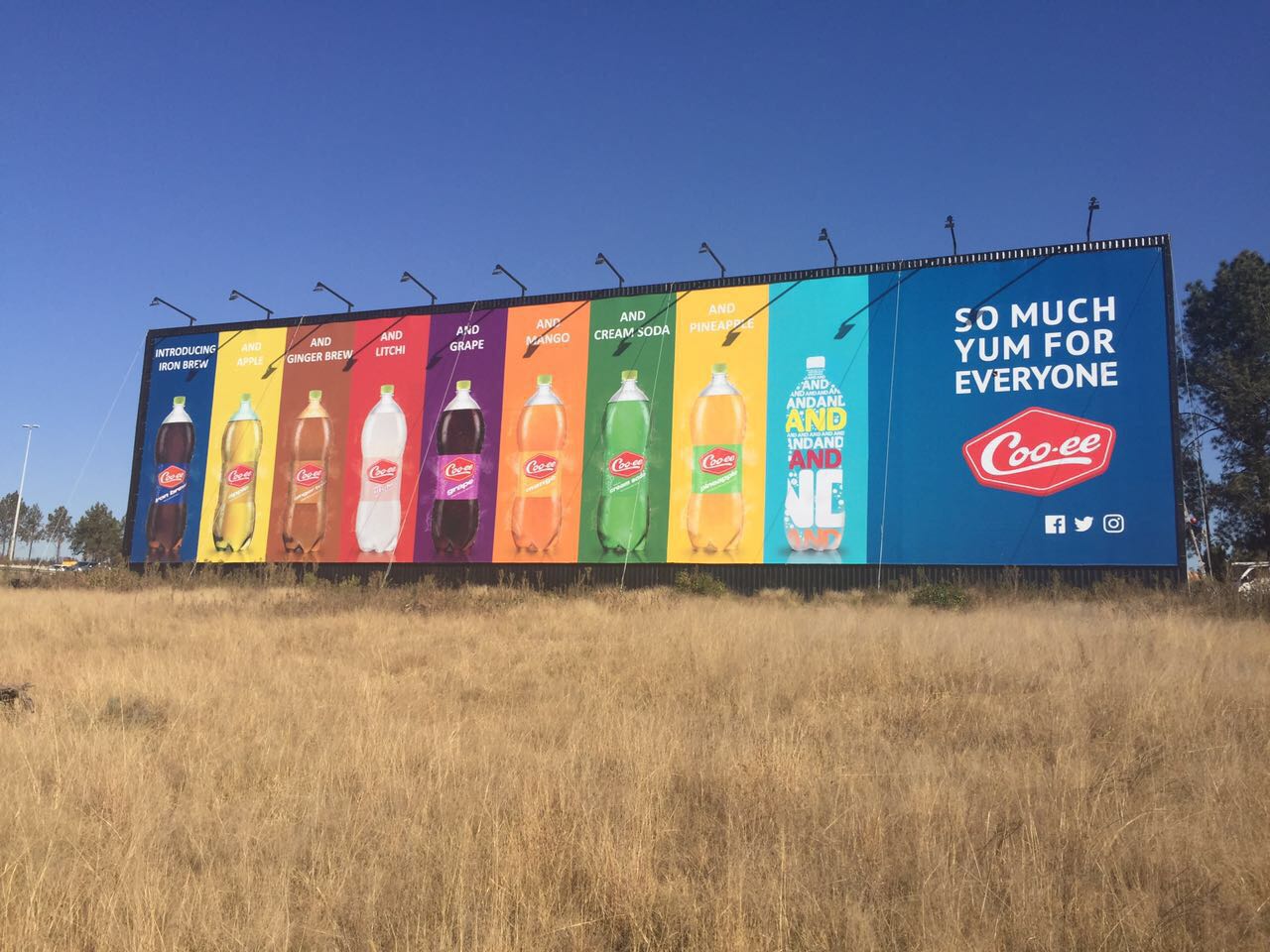 Not everyone is as positive about the state of creativity in OOH advertising. Pepe Marais, group chief creative officer of Joe Public, points out a worrying fact: “80% of marketing spend is allocated to the cost of purchasing media space; 20% is allocated to paying for and producing the idea that goes within the space. It is quite alarming to see how little effort goes into the thinking of the mediocre communication that adorns the majority of our out of home spaces around South Africa and Africa.

“Ninety eight percent of all advertising is wallpaper, and in a country where 30 million people don’t have jobs, this waste of money should be deemed a criminal offense,” he reckons.

While Marais says “great creativity increases media value and poor creativity literally wastes that money”, he sees very little of the former in the South African market, which he says is an indication of the poor state of OOH advertising. “We tend to judge ourselves by the 1% of our work that wins awards when 99% is what actually turns the wheel of our industry.” He can only name three examples over the years; Chuck drives an Isuzu, which was around when Chuck Norris jokes were constantly doing the rounds; a Nedbank one where a solar billboard supplied power to a community; and the burning billboard also referenced by Du Preez.

Buckham believes the nature of OOH creative is constantly evolving particularly in an age where digital OOH is becoming so prominent. “With the integration of technologies and the emergence of smart cities, we also foresee that creative OOH advertising will embrace an increasing utility function, improving consumer’s lives while they perform their daily activities,” she says.

“With the growth of digital, we are seeing a different level of creative demands. The right type of creative thinking and skills will become increasingly crucial to ensure that digital executions are effective.”

The focus of any OOH advertiser should be the way their advert is structured and will be received by the public, and whether it is even relatable to them. But one thing that cannot be debated is the need for outstanding creative in campaigns, and the impact that it has for both clients and media owners. •

This story was first published in the November 2017 issue of The Media magazine. Click on the cover to read the digital magazine.