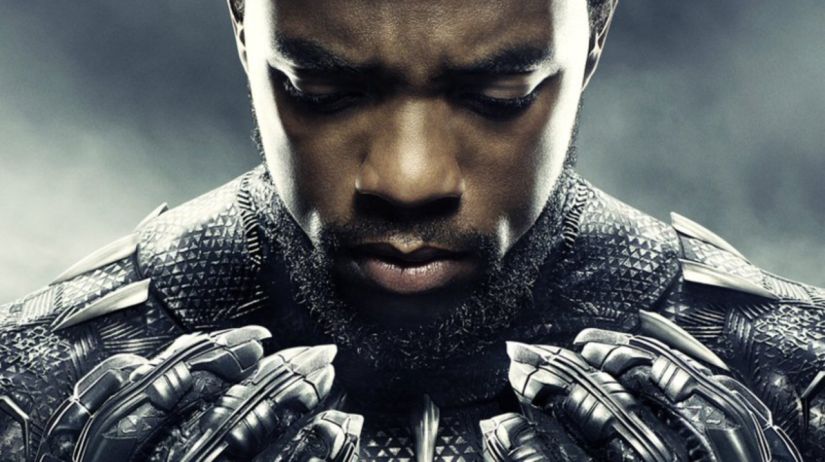 It also brought in plenty of revenue for cinema houses, not just in South Africa, but globally, with an estimated $235 million generated in its opening weekend (Thursday night to Sunday night) in the US alone. Adding in global markets, that figure rises to an estimated $400 million. The reception of the film makes it the fifth-largest movie opening of all time, behind other Disney properties including The Avengers, Star Wars: The Force Awakens, and Star Wars: The Last Jedi.

We spoke to some celebrities who attended the local première to find out why they believe the film is important for the movie industry and Africa, and why it is special to them. They included Pan African media proprietor Rosie Motene, comedian Donovan Goliath, musician ProVerb, and actress Masechaba Ndlovu.

Why is the Black Panther movie so important for the movie industry and African culture?

Rosie Motene: It is such an important movie for a number of factors. There has never been a film that portrays black people as action heroes, who represent positivity and goodness. The film highlights the beauty and splendour of Africa through the beautiful mise en scène that it created when we were shown Wakanda land. The costumes represented many of the African tribes. The narrative drove very important agendas, such as acknowledging colonialism and what it did. The narrative pushes the principle of black pride and power. The fact that we cannot allow colonialism to happen ever again, was also driven through the narrative. I loved the use of Xhosa within the film and the film is an only black cast and the majority are of African origin. This is the first film where Africans have been revered as royalty and who run kingdoms.

Donovan Goliath: It is important for the movie industry because it celebrates the viability of films rooted in the culture of people of colour, which is a success that is not that common in the film industry. Imagine a kid watching this movie and seeing someone who looks like them represented as strong, brave and a hero. It’s really powerful. It is based on an African story, with a large cast of African actors, directed by an African-American film director/screenwriter. If you combine that with the latest in Film and Video Technology, it is something that you’ve never seen or experienced in the film industry before – and that thrill lives throughout the movie.

Masechaba Ndlovu: The importance of the movie for me goes far beyond the visual decadence, the treat of actually seeing our own kind, our reflection of our traditional garb, our cultures, our language. Language is a very critical aspect of the preservation of our culture as any people in the world. It’s about legacy because at the end of the day when we look back on movies, especially worldly feature films that have taken the world by storm, Africa features a one-sided story. We often see the struggles and the suffering that are intertwined with our history and less of portraying our people as superheroes. And to be part of a new movement of these Marvel films is important. I am a mother of two children who are into Marvel movies. We buy the figurines that are inspired by Marvel characters and for the very first time there’s a Marvel film that my sons can look at and be inspired by, because the superheroes are black and an entire world where black people live who are strong and powerful and epitomise all the things black children need to see.

ProVerb: The movie dispels a lot of stereotypes, because we’re always in inferior roles. To finally have a superhero who would usually be the underdog and is so very proudly African, the locations that they chose to the outfits, to the language used in the film, you can’t help but be filled with pride. And to see some of our own actors doing so well. And women who are very strong in their roles, you just come out feeling very proud.

You attended the movie’s première, what was the atmosphere like?

Donovan Goliath: The ambiance at the premiere was great! Most people who attended were garbed in traditional African clothing. For me, it was beautiful to see how African culture merged so well with Western culture on the red carpet. Some of the world’s biggest stars in Hollywood, like Lupita Nyong’o attended, which somehow affirmed the atmosphere to be fit for a world-class event. The energy in the room was electric. The audience erupted and applauded every time one of the South African actors appeared on screen. Was a huge moment to be a part of.

ProVerb: The atmosphere was very celebratory, a lot of pride. Everyone came out in their gear and their regalia, a lot of African prints and Dashikis. It was wonderful to see and we were all just celebrating what we feel largely is ours.

Rosie Motene: Absolutely enigmatic. I am still vibrating. I have been on a journey of self-discovery for over a decade now, trying to get in touch with my Africanness, so seeing people celebrating us and wearing or beautiful traditional attire, was phenomenal.

What are your views on the movie, having watched it?

ProVerb: I came out thinking ‘it’s definitely our time now’. We have arrived and I really hope there will be a lot of spinoff movies as a result with characters breaking away and doing their own leading roles. I had one or two issues with the storyline but that was a minor issue for me. The bulk of it I thought it was an incredible movie, nicely done and we continue on this path.

Donovan Goliath: As a creative I was blown away by the art direction and styling. I was so impressed by how they managed to fuse so many different prints, textures and styles from so many different cultures together. From a cinematic point of view, it was a classic Marvel movie. Action packed, mind blowing VFX and witty humour. My favourite thing about the movie is how Woman were represented. They were the strong, brave, smart, badass ones and that theme carried throughout. Loved it! The movie was enjoyable, interesting and action-filled. The storyline was intriguing and very creative. The way in which T’Challa’s character as both king and Black Panther gets tested throughout the movie was exhilarating to watch.

Goliath recommends and encourages that everyone watch the movie saying, “Yes it’s an action-filled, superhero movie but it’s so much more than that. There are so many powerful messages and not so subtle undertones. It’s direct, it’s strong and it’s going to move anyone who watches it.”

Motene applauds and salutes the cast and crew and Disney “for starting to produce content that puts us in a beautiful and realistic light”, while ProVerb also adds his thanks, but has an additional message to South Africans. “I encourage everyone to also support movies that are produced locally, that may not necessarily have the big budgets and publicity and premieres. We have a lot of proudly South African movies that don’t enjoy as much support. I hope from here we can also support a lot of our own smaller budget films, actors and actresses and take pride in our art … the wheel is turning, but I think it’s turning too slow. So we need to put our foot on the pedal a bit,” he says.

Here are some of the best tweets around the Black Panther SA première, which revolved around the conversation, #BlackPantherSA: 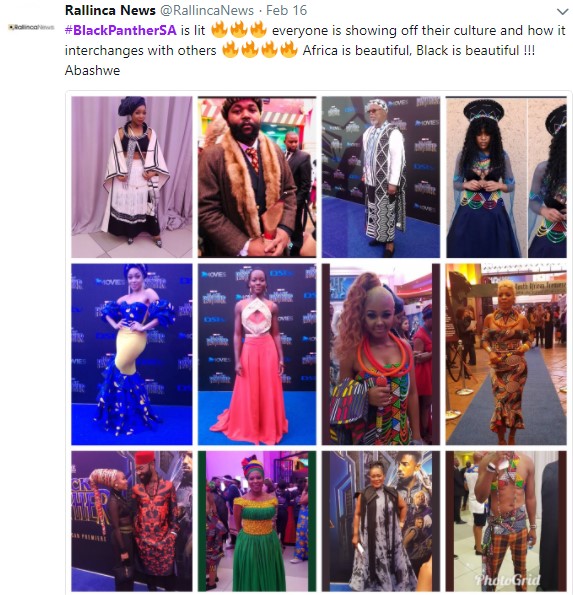 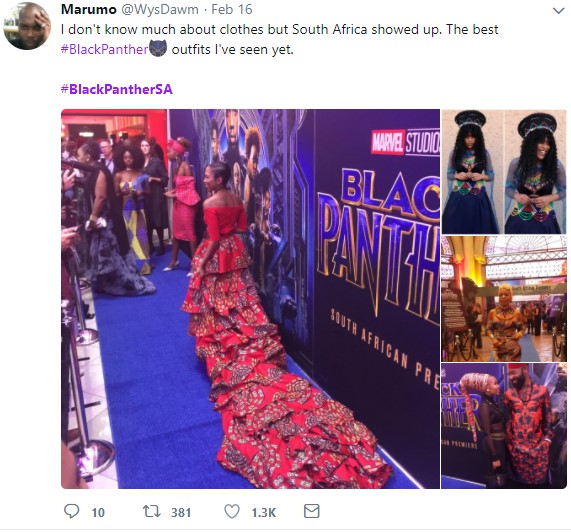 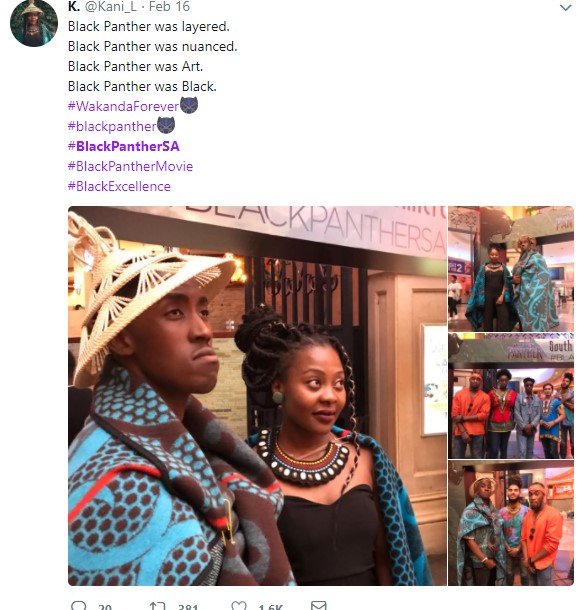 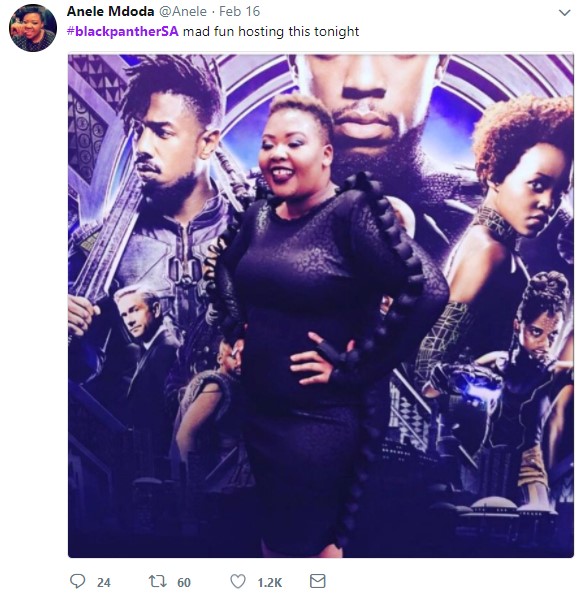 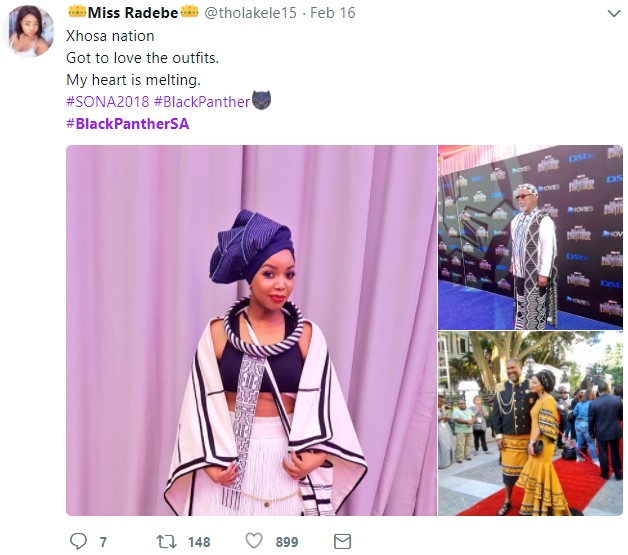 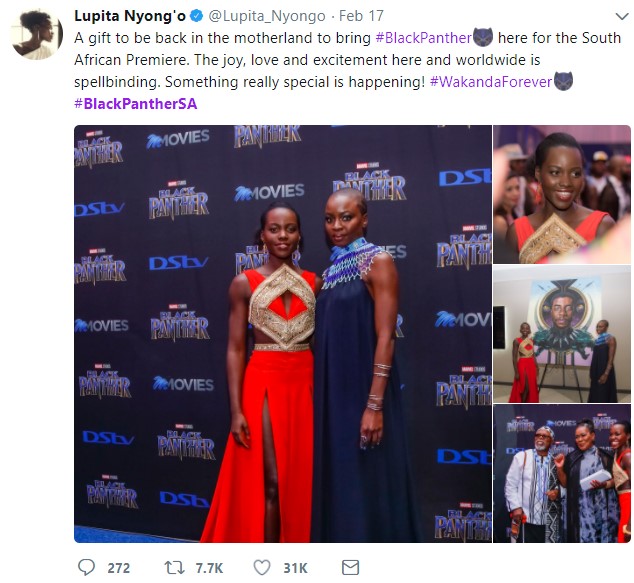 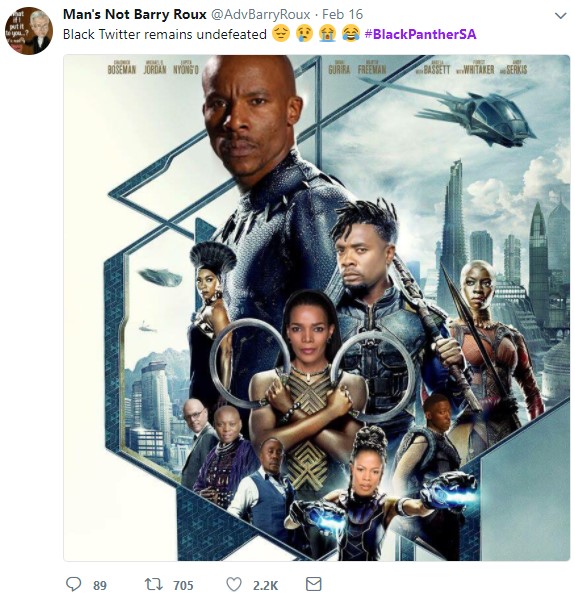 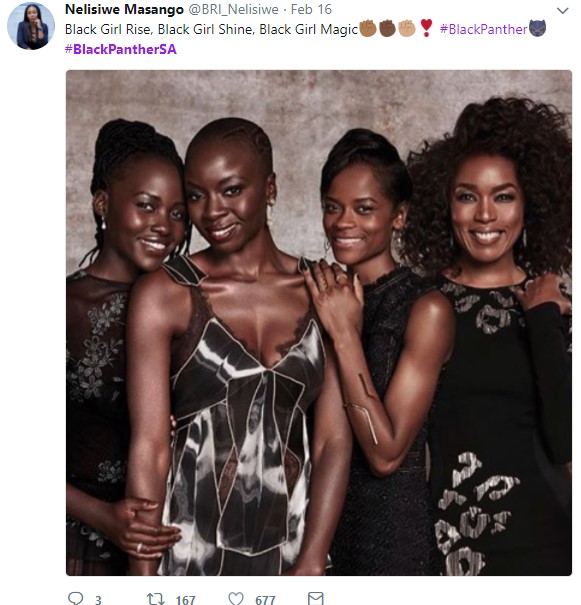