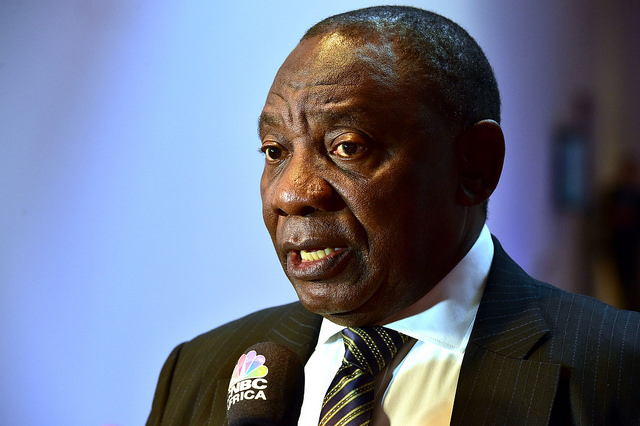 In Davos last week, Cyril Ramaphosa demonstrated his media skills in front of the world’s press and scores of global leaders. He spoke with confidence and clarity, completely devoid of egoistic bombast and fakery.

He is very good with the media. And so he should be. He had enough first-hand experience as both the chairman of one of South Africa’s biggest media groups (Johnnic, which owned Business Day and the Sunday Times, among others) and also from being close to the master of media relations, Nelson Mandela.

I first met Ramaphosa a year or so before the ANC came to power, when I introduced Nelson Mandela to the chairman of the main board of BMW. Later, when I met them both for breakfast at the Mandela home in Houghton, I got my first taste of the humility of Ramaphosa when Madiba asked if I would like another cup of tea. When I stood up to pour it, Ramaphosa said: “No, wait, I’ll get it for you, we have to get used to serving people.”

I don’t believe that Ramaphosa has changed at all. And for the past nine years, when his critics lambasted him for persevering as vice president under the deeply compromised President Jacob Zuma, I firmly believed he was playing a waiting game and doing a certain amount of political kowtowing to his boss in order to not get fired.

Hopefully, Ramaphosa will look very closely at passing on his media liaison skills to his colleagues.

I am pretty smug these days about being right, because already Ramaphosa has demonstrated his abhorrence for the myriad things Zuma has said and done.

But, getting back to his media skills, I really hope that he will pass these on to his National Executive Committee (NEC) and cabinet colleagues. When Thabo Mbeki was president, there was a concerted effort by the Government Communication and Information System (GCIS) and a few of us to train cabinet members in the art of dealing with the media. Sadly, only Trevor Manuel, took up the GCIS offer. Ironically, he was the one cabinet member who actually didn’t need any media training.

Then came Zuma and every notion of media training went out of the window. His largely arrogant cabinet quite clearly believed they knew how to handle the media. History has shown that they didn’t.

Hopefully, Ramaphosa will look very closely at passing on his media liaison skills to his colleagues. And equally hopefully, he will not marginalise those who have the skills to teach, by race, age or gender, as has been the Zuma administration’s habit.

We should look forward to the day when Cyril Ramaphosa addresses the nation as president of South Africa. I guarantee it will be the antithesis of the arrogance and lies of Trump and the bumbling, numeracy and truth-deprived ramblings of Zuma. 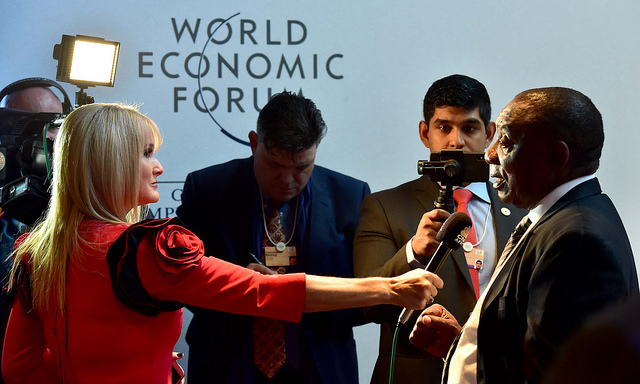