No news is good news: But good news sells 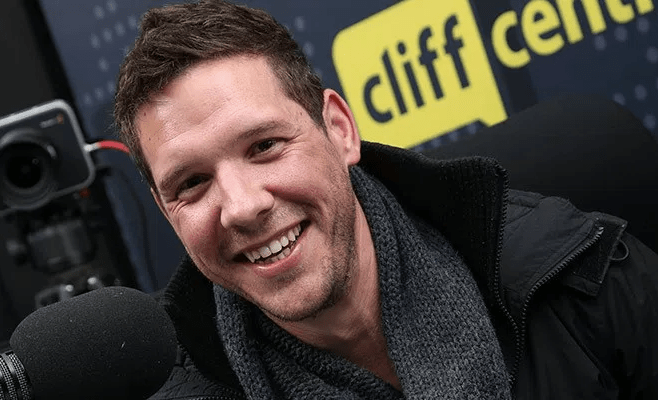 Since turning his Neknomination into an act of charity, rather than a simple drinking game, Brent Lindeque has been on a personal crusade. He is spreading the power of positivity and the importance of telling good news stories.

“When Neknomination was happening, I thought, ‘It’s really stupid to put stupid things on social media … that’s your legacy’ and it’s important for today’s youth to remember if you wouldn’t put it on the front page of a newspaper you shouldn’t be putting it on your social media platforms,” Lindeque explains.

This, coupled with the situation of dire poverty that is a reality for many South Africans, led Lindeque to transform his Neknomination into a random act of kindness. “If I could do something to change the status quo or help someone or get my friends inspired, then it would make a huge impact on a couple of people’s lives,” he says.

The video of his act went viral and was even featured on international media outlets. “It inspired more people to get involved and through that simple act of kindness by a really average South African, millions of people’s lives were changed,” Lindeque says.

It also led to him changing his perspective of the world, and realising that his duty as a person was to help other people and that everyone has the power to create change.

Taking his crusade from social media to other broader avenues was the next step for Lindeque, as he “stalked Gareth Cliff”, eventually meeting with and convincing him to put a good news show on CliffCentral. The creation of Good Things Guy, soon after, was another avenue.

“My aim is to change the national conversation. Our news platforms are built to create something inside of us that makes us angry. They want to sell more of their product … They say ‘if it bleeds it leads’, which is 100% correct. But my thinking is ‘if it’s good, it should as well’. If it’s good, it should be bought and read and shared,” Lindeque explains.

“As South Africans we need to inform ourselves of the reality of what is going on in South Africa and the world, but at the same time we need to balance the bad with the good, otherwise every night you will get into bed dreaming about immigration … Only focusing on bad news will make us incredibly unpatriotic of our county,” he adds.

Despite perceptions by many that good news doesn’t sell, which is why media would rather cover bad news, Lindeque emphasises that Good Things Guy is a case study that proves the opposite. In just three years, it became the top good news site in South Africa and won the Blog of the Year award in 2017, only two years after its launch. Its best month saw 1.9 million clicks. To further highlight the selling power of good news, the site went from a part-time hobby for Lindeque to a full blown business with employees.

“There are really good news stories happening every single day and there are people doing incredible things that are so small, but so inspiring. For every racist story in the news that there is, there’s an anti-racist story,” stresses Lindeque.

Mainstream media has made massive strides in the last four years in covering good news, says Lindeque, but stresses that, “the majority still concentrates on reporting the worst of the worst, and they’re not scared to show videos of people getting shot or really bad car accidents, because it sells”.

Whether it’s good or bad in nature, social media has become the platform where news is broken and shared. “Every single person with an opinion, thumbs and a smartphone is now a journalist,” says Lindeque. “The majority of my good news comes from social media, good news stories that people are sharing. Yes, bad news is also shared on social media, but it’s what you choose to tune into.

“If your Facebook timeline is negative and depressing and just full of bad news, it’s something you’ve created. You’ve tuned into those channels, friends and pages that are showing you that negativity. You need to be responsible with your own social media. Social media is not supposed to be a negative space … you have the power to change that”.

The latest development in Lindeque’s business is a good news video series, which will be launching in the coming weeks.

“Interrogate every headline you read, whether it’s good news or bad news, because someone is paid to craft a headline to make you feel something and click, read or share. South Africans need more good news. Change your conversation around the dinner table or the water cooler at work. Start talking about the good things happening in this country”.