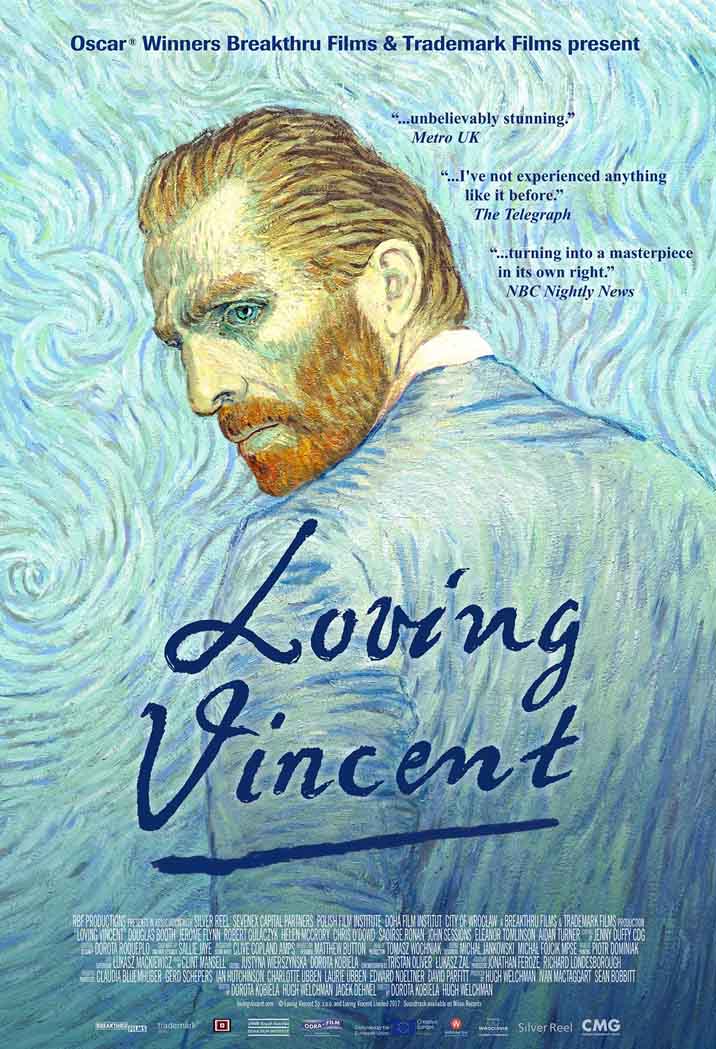 The South African film industry’s focus on local content is increasing, but movie-goers are still receptive to top-drawer international movies.

One such-example is Loving Vincent, which was nominated for an Oscar in the category of Best Animated Feature, alongside Coco, The Breadwinner, Ferdinand, and Boss Baby.

“There’s a lot more Van Gogh fans than one would be aware of in South Africa. We knew there’s a very large fan base here. South Africans are generally known as lovers of art and it’s an exciting film,” explains Pascal Schmitz, head of acquisitions and executive producer at AAA Entertainment.

“We are delighted to be bring a ground-breaking film of this calibre to South African audiences,” adds Helen Kuun of Indigenous Film Distribution. The film will be released in the country on 23 February.

AAA Entertainment has the film rights, not only for South Africa, but Africa as well. However, penetrating these markets are is a challenge.

“Outside of South Africa is a very tricky environment. There aren’t that many kind of opportunities especially theatrically. It’s a very splintered market on the continent so there’s no easy way to distribute a film to the whole of Africa, especially theatrically,” explains Schmitz. The company does have some partnerships in Nigeria and Kenya, which it will be looking to leverage with Loving Vincent, but it will predominantly focus on television sales.

Even though Loving Vincent is an international film, and African audiences continue to flock to foreign offerings, the demand for local, more relatable content is slowly increasing.

“South African audiences are unique in relation to the rest of Africa in that, the audience here grew up on Hollywood/international films. There wasn’t an organic demand for local content in cinema. You can see the slow progression that local films made in cinema, but in the last two to three years we’ve started seeing breakout successes of local films,” says Schmitz.

He uses the example of a genre to genre comparison of local films versus their international counterparts. When this is done, the local ones outperform the foreign ones at the box office. “Obviously if you are comparing Captain America and a local romcom, then Captain America is making a lot more money and there’s no comparison. But when your comparing an SA romantic comedy to an American romantic comedy, generally the South African ones do better numbers,” he says.

Influencing the development of production of local films to suit the markets they want to sell to is crucial for domestic movies to succeed in international arenas. “That’s the game we’re not playing yet in South Africa, but it’s coming,” comments Schmitz.

Schmitz lists these three elements as the much watch trends for this year: