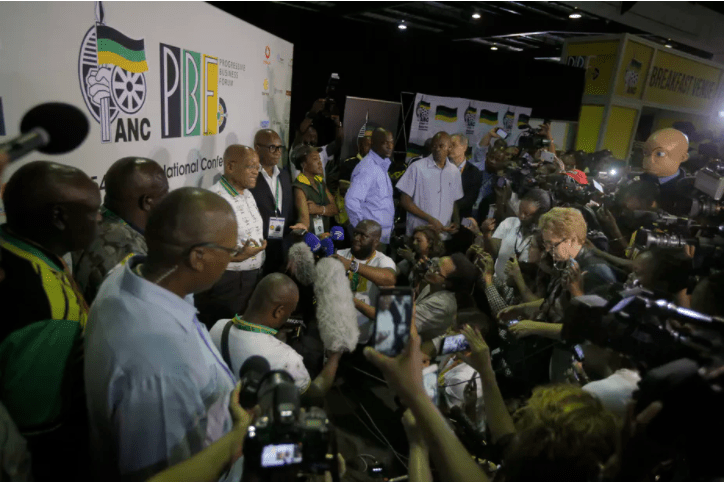 
Every year South African investigative journalists are recognised for their hard work when the winners of the Taco Kuiper Award for Investigative Journalism are announced. This year has provided a chance to assess the highs and the lows of our investigative reporting after an extraordinary year.

The 2018 winners were jointly the amaBhungane team, Daily Maverick and News24 for their extraordinary work on the the #GuptaLeaks.

“This unusual collaboration between three very different outlets pieced together disparate pieces of information buried in a massive trove of emails to definitely prove the case of state capture and find new evidence of how systemic this corruption was. It took highly skilled, meticulous and dedicated work to do this and present it in a user-friendly way. This story, together with the other workd by this team and others, has had remarkable, long-term and still unfolding impact on the politics of the country.” ~ Taco Kuiper judges. For the last few years, it seemed that the country was facing an impervious culture of impunity. Many state institutions of accountability faltered, and corruption appeared to be undermining democracy and destroying the economy. But small groups of investigative journalists beavered away. They pieced together the elements of what grew into a remarkable story of a systematic attempt to control the machinery of state for personal gain – what has become known as state capture.

For some time it had been a back-and-forth of allegation and counter-allegation, charge and denial. But in the last few months things turned around with the emergence of a trove of leaked emails. These provided the hard evidence of the depth and breadth of the attempt to take control of elements of the state. Teams of journalists did meticulous and highly skilled work to mine the emails and weave together a full picture.

South Africa now appears to have started – only started, as there is a long way to go – the process of forcing accountability and transparency on those who were responsible, and can appreciate how central journalists have been to this apparent turnaround.

I know of only a few times in the history of a nation when journalists have played such a clear and crucial role in bringing a country back from the brink. South Africa’s journalists were not alone in this. They worked side-by-side with civil society and the judiciary in particular. But never has it been clearer how important a free press, skilled investigative reporters and the support of brave editors is to a democracy, its economy and the people who live in it.

Some important trends can be seen from this year’s Taco Kuiper Awards.

The major one was how much of this work has become collaborative. The collaboration has not only been in the form of teams of people working together. What’s different is that the teams have cut across media outlets and types. This is an international pattern, as the scale and complexity of large investigative stories are often too much for one journalist or even one newsroom to handle.

What’s also notable about the South African experience is that journalists from different newsrooms didn’t just cooperate, but helped, promoted and protected each other.

Print and online journalists led the charge with the power of the broadcast media only occasionally being brought to bear. And most of the best work was done with the support of philanthropists and foundations, rather than in commercial newsrooms. This is a major signal of where South Africa’s journalism is headed.

Interesting too is that although there was one big story, there was also a remarkable array of other investigative work. A science writer used mortality data to expose the problem that one in 10 bodies in the country’s mortuaries are unclaimed and get pauper’ burials. Another used sophisticated tools to uncover who lay behind fake news websites. And one journalist went in search of former mineworkers who could not be found to give them their pensions. He showed that they were easily found, and their lives would be radically changed by getting the money owed to them.

This is work that changed the lives of ordinary people.

The last year also saw a rise in the intimidation and harassment of journalists in the country. This included violent attacks on reporters at work, threats to those covering contentious issues and the weaponisation” of social media – the use of robots and fake news to target critical journalists.

Thuggish protesters threatened an editor in his home, and disrupted a public meeting of journalists. Fake news perpetrators targeted editors, and for the first time that I know of journalists took out a restraining order against organisations and individuals that were responsible for some of this activity. Veteran muckraker Jacques Pauw was pursued by authorities who wanted to stop him publishing and get his sources.

The other negative trend was that a few news outlets were accused of promoting or supporting state capture, where journalists allowed themselves to be used by those who wanted to cover up what they were doing. This drives home, the award judges said:

the need for vigilance and the utmost professionalism to ensure that journalists build trust and credibility and serve the public interest – rather than narrow, personal or factional interests.

Anton Harber is convenor of judges in the Taco Kuiper Awards, hosted by Wits Journalism with the Valley Trust.