SPARK Media, a division of Caxton & CTP Publishers and Printers, is offering small, black-owned advertising agencies an opportunity to benefit from a 25% bonus allocation of advertising space when booking print media advertisements in Caxton publications. This includes 12 national and 14 local magazines, Ramsay magazines, The Citizen newspaper and more than 140 local newspapers.

The offer emanates from an agreement between the Competition Commission of South Africa and Caxton and is scheduled to run until February 2021.

To qualify for this support, agencies are required to meet the criteria set out in the Broad Based Black Economic Empowerment Act 53 of 2003 and its codes of good practice. These agencies should also not bill more than R50 million worth of advertising a year with any one or more media owners and must be majority Black owned. 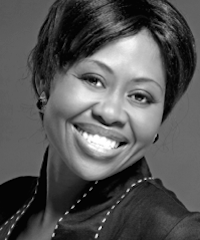 “You won’t want to miss the April issue of Marie Claire. Apart from the fantastic cover [featuring Taraji P Henson], there are stories that will touch you, that will inspire you. You’ve got a lot to look forward to. I’m not going to give the game away, but the April issue, don’t miss it!” said Tlhabi.

Tlhabi has long been an advocate for women’s rights and female empowerment; from the miniskirt march to protest against sexist taxi drivers in 2008 or in 2015, the march to the Union Buildings in solidarity with students in the #FeesMustFall campaign, to her latest book, Khwezi: The remarkable story of Fezekile Ntsukela Kuzwayo which was, as senior journalist Rebecca Davis wrote, “A sobering read [that sets out] to reclaim the power, and the narrative, of a young woman at risk of being erased by politics and history,” she strives to start important conversations and thrives on being part of South Africa’s evolution.

“Collaborating with Redi on the #BadassWomen issue of Marie Claire was not only fun and insightful, it was incredibly empowering. Our team was excited to be working with Redi, whose passion for storytelling and commitment to social justice guided the editorial process. She really is the epitome of the badass woman: fearless, determined, generous, passionate and real,” said Emilie Gambade, the brand director for Associated Media Publishing.

Prompted by the desire to see more companies given a usable marketing platform, while seeking a solution for a South African-based search engine, Durban’s Sarah Whitaker created the innovative ‘On South Africa’ website, launched in March. The ingenuity of the site is that Sarah has merged 12 separate websites or ‘hubsites’ – as she’s named them – offering a user-friendly experience for anyone searching for a local business or service. 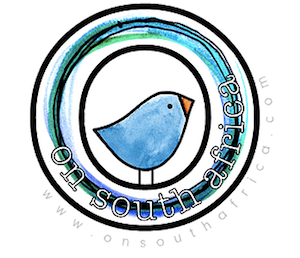 The 12 interconnected hubsites act like energised mini-search engines with each site theme-based and further divided into provinces, regions and cities. This whittles down the search, making it much more relevant. Each hubsite has also been developed with a forum allowing the public to create a profile and contribute towards the site.

“OnSA is one place where companies can tastefully promote themselves directly to their target market and there is absolutely no invasive or aggressive marketing,” she explained. “I’ve designed the sites with no pop-ups, no flashing adverts, no spamming, mailing lists or bots. It’s just a simple, user-friendly place where people can connect.”

The African Guarantee Fund (AGF) was officially launched in 2012, as an initiative of the African Development Bank alongside the governments of Spain and Denmark to help financial institutions lend more to SMEs by providing guarantees against risk of defaults. In the last two years the AGF has added the Nordic Development Fund and France’s AFD as shareholders.

The African Guarantee Fund has this year taken the platinum sponsorship at the African Banker Awards, the continent’s pre-eminent event recognising African’s best performing financial institutions. This year’s awards will take place in Busan, Korea during the AfDB’s annual meetings in May. The deadline for entering the awards has been extended until the 31st March across a range of categories including financial inclusion.

It has been a remarkable year for the Fund. Late last year it received an AA- rating from Fitch, something Felix Bikpo, the Fund’s CEO said would help attract new partners and help it better leverage its balance sheet as well as reduce the cost of capital for SMEs as it would be able to provide its services at a lower cost.

BrandQuantum has announced the launch of BrandMail, its latest cloud-based software solution that will help companies to deliver consistent brand experiences across all email communications. BrandMail is a platform that links to the broader BrandQuantum ecosystem and standardises email branding across entire organisations, providing tamper-proof email signatures, predeveloped content and hyperlinked banners to deliver consistently branded emails across all devices.

According to Paula Sartini, founder and CEO of BrandQuantum, “Email is still the most widely used communication tool, this is supported by research findings that reveal the average office worker receives approximately 121 emails daily[1].  Every email provides an opportunity for companies to build their brand and promote offerings that are relevant to the target audience, however, in many instances employees personalise emails with strange fonts, irrelevant signatures and slogans and send content that may not be relevant to the recipient.”

Specialist out of home (OOH) advertising agency, In Touch Media is sporting a brand-new look. The rebrand comes after switching to an advertising agency-model two years ago, and gives the company a fresher, more professional and modern corporate image.

To celebrate their new corporate identity, taking inspiration from the eco-friendly influence and colour palette, In Touch Media have pledged to support the South African Reforestation Trust by purchasing a tree for each signed Media Schedule received during the Fiscal Year which started on 1 March 2018. These trees will be planted at the Women Presidents’ Organisation (WPO) Plant a Forest site on the Klein River Cheese Farm near Stanford in the Western Cape. This site forms part of the SA Reforestation Trust’s mission to enhance the biodiversity in areas of the Cape by planting forests of locally occurring indigenous trees to rehabilitate the areas and positively impact the environment.

“Now that we are a fully-fledged agency, having spent the past two years adapting to the change over, we thought that it was the perfect time to reposition ourselves,” said Margie Carr, managing director of In Touch Media. “Along with the tree in our branding, we conceptualised the slogan “Growing Brands” and decided that it would be nice to give back to the environment at the same time and leave a living legacy for each new client campaign we sign up during the year.”

Following the successful launch of the dual IFRA World Publishing Expo and DCX Digital Content Expo exhibitions in 2017, preparations for the two-up event from 9 to 11 October 2018 are in full swing. Seven months before the dual event opens its doors in Berlin, the numbers of exhibitor bookings and visitor registrations clearly exceed those of the previous year.

This year once again the international gathering of media executives and corporate publishers in Berlin offers a top-quality programme on three stages. The WAN-IFRA conferences for print and digital media will be held for the first time on parallel stages.

The second edition of the DCX Digital Content Expo is introducing new accents in relation to technology and business models. Around the focus on content production, distribution, and monetisation, information will be provided not only for publishing companies and media operations but also increasingly concerning topics for publishers in companies and organisation outside of the publishing industry.

This year’s accompanying WAN-IFRA Conference will focus on the following topics: Power of Print, Print Innovation, Ink Optimisation, Ink and Paper and Production in the Mailroom.