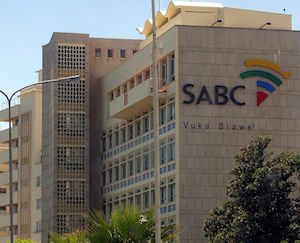 The SABC has confirmed the resignation of its Board deputy chairperson Febe Potgieter-Gqubule, due to a potential conflict of interest.

Potgieter-Gqubule was named by the ANC as their new Elections Manager, and her SABC resignation, which will be communicated to the President and the PCC, comes as no surprise.

As indicated in her appointment interview by the Parliamentary Portfolio Committee of Communications (PCC) in September 2017, she undertook to resign from the Board if she was appointed in any official capacity which could potentially constitute a material conflict of interest.

In a statement SABC spokesperson Kaizer Kganyago said, “The SABC Board wishes to express its gratitude to Ms. Potgieter-Gqubule for her outstanding contribution to the SABC both as Interim Board member and as Deputy Chairperson of the current Board. We wish her well on her new role.”

Her departure leaves the Board of the public broadcaster short three members. Kganyago added, “The SABC will be communicating to the relevant authorities the urgency of appointing the new SABC Board members to fill these vacancies.”