TV commercials are the great mystery of today’s media world 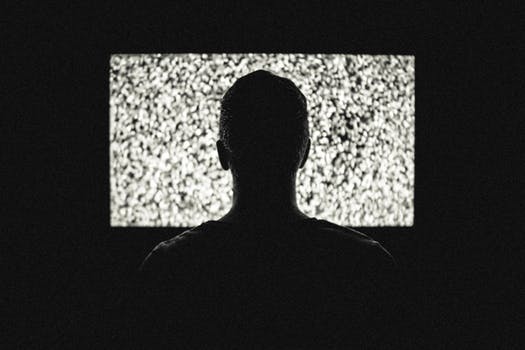 OPINION: Last Saturday my usually trusty, but elderly, DStv decoder’s hard drive corrupted with the result being that for two days I was forced into watching live television.

Apart from news and sport, I haven’t watched live TV for years, having got into the habit of watching my favourite shows on ‘catch-up’ at times when it suited me and not as they were broadcast.

Another benefit was that I also didn’t have to sit through commercial breaks and when there were, I simply zapped through them at sufficient speed to reduce a three-minute ad break to a few seconds of high-speed blur.

But I’m glad I did have the opportunity to watch some live programming because it opened my eyes to a number of what I call, the great mysteries of media.

I found, for example, that live TV is still full of 30-second commercials. Which came as a surprise because it is now common knowledge, based on years of research, that viewers in the upper income brackets simply don’t watch commercial breaks anymore. In the US, this figure has now reached beyond 85% and the last I heard from Europe a few years back, it was already above 70%.

There isn’t any definitive research in South Africa, but given the number of channels available to people with money, the vast majority are probably somewhere between the US and European numbers – roughly 80% plus.

From my own research and my various clients’ experiences, the only TV viewing audience that still watches TV commercials is the lower economic grouping. It is a big audience and TV as an advertising medium makes a lot of sense to retailers serving that end of the market. Like radio, it breaches the illiteracy barrier.

So, why do big brands still rely on 30-sec TV commercials for upper income markets when they should really know by now that their money is being wasted to an enormous degree? My own research recently showed that between 20% and 35% of marketing budgets in South Africa are being completely wasted with the main culprits being TV commercials and sponsorship.

It seems to me that with the lack of marketing skills among local brand managers, due to the huge exodus of talent over the past few years, the 30-second commercial is a highly visible way of appeasing the chairman’s wife and board members who want to see their brand in lights. A very expensive ego-trip to say the least.

The other thing is that TV commercials still represent big money and big profits to production companies and advertising agencies. There’s a lot more money in it for all concerned than any other form of advertising.

Another thing that struck me was the utter rubbish in many of those TV commercials. Again, it seems to me that those young people who populate the creative departments of our advertising agencies are completely out of touch with the reality of the modern consumer world. After all, I will wager that like most 20-35 year olds today, they do not watch TV, listen to the radio or read newspapers. That’s what research is telling us.

It also explains why so many TV commercials get into trouble by upsetting sections of the target market with insensitive content.

Too many creatives seem to believe that simply having a big idea is what TV advertising is all about.

The problem is an idea might well be ‘big’ when the ad is run for the first time, but by the time it has been flighted a dozen times it becomes boring and quite simply an irritant.

I was only exposed to commercial breaks for a couple of days, but I can tell you I was ready to throw my remote control at my TV when I saw that pointless Prudential commercial banging on about some guy who has spent the past few decades planting trees in some remote part of the world and that I should immediately run out and buy a Prudential policy because consistency is apparently “everything”. Yeah sure. Show me one insurance company that is even remotely consistent about anything.

Television is a great medium. And used the right way can be an effective “advertising” medium. But, certainly not advertising in the traditional 30-second commercial sense. Not at all.

In the marketing audits I have done over the past decade or so, I have only ever found TV commercial return on investment acceptable in terms of the lower economic groups. However, when it gets to upper middle-class and above, the ROI is shocking.

TV networks really need to start think about how big brands can use their platforms effectively and efficiently instead of just continuing to milk unsuspecting brand managers.