Facebook’s aura has evaporated: Time for Zuckerberg to take responsibility 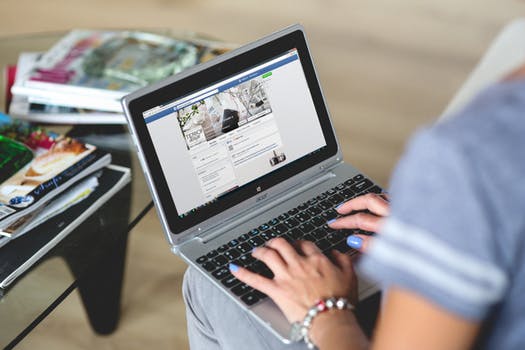 Mark Zuckerberg’s careful, opaque evidence to two Congressional committees in Washington has wound up Facebook’s many critics. The senators and congressmen were superficial, too ignorant to ask penetrating questions. Zuckerberg evaded too many questions by claiming he did not know or that he would get back in touch with detailed answers.

But a lot has changed. The Cambridge Analytica data scandal was the flashpoint, but Facebook’s difficulties had been building for some time. Zuckerberg did not say or promise enough to rescue Facebook from many plans to regulate its activities. But the social network used by one third of the world’s population now starts a new phase of its existence.

The era of unregulated innovation online has ended. There will be disputes, new laws for platforms and many other debates to follow, but firms such as Facebook, Google and Twitter are being made accountable. That pressure was symbolised by Zuckerberg’s contrite appearance before politicians. The analysis of every gap in what Facebook’s founder told Congress is still going on and has not been sympathetic.

Zuckerberg claimed, for example, that he did not know about “shadow profiles” (data collected on non-users of Facebook). Was he ignorant or was he evading the question by quibbling with the name because internally Facebook calls them something else? Is he genuinely so clueless as not to know? Zuckerberg claimed ignorance so often that it made one wonder if anyone really is in control of Facebook.

Facebook’s magic, innocent aura has evaporated. Zuckerberg admitted that connecting people and helping them share pictures, gossip, memes and stories has more complex implications than he had realised. In a blog post before he gave evidence, I optimistically imagined what Zuckerberg might say about this:

Connecting people and sharing information do a lot of good. But connecting and exchanging information is not a moral activity on its own. The purpose of the communication counts. Facebook might be useful for organising a church cleaning rota; it is just as useful for coordinating ethnic cleansing. Some wider knowledge of history and philosophy might have alerted us earlier to the risks inherent in what we were doing.

He didn’t say that of course. But Zuckerberg did take responsibility for content on Facebook – a big step he had not taken before – and admitted that he and his colleagues had taken too narrow a view of their wider, civic responsibilities to avoid harm.

None of his inquisitors in Washington asked why Facebook’s senior executives so regularly confess to having been “caught out” by “unforeseen” consequences about which they had been warned for years.

The Washington hearings left several issues untouched. Read Zuckerberg’s words in full and you will see him treading a careful path around regulation – and around data privacy regulation in particular. He did not oppose either the idea of regulation or a European-style privacy law, but he endorsed nothing and went into very little detail.

From Zuckerberg’s point of view, even bad regulation is better than any threat to have Facebook broken up. The subject wasn’t mentioned in Washington. Other than promising to improve the clarity of the network’s terms and conditions and (repeatedly) assuring the committees that he would get back to them on the detail, Zuckerberg gave no guarantees.

I was surprised that not one senator or congressman asked Zuckerberg whether he thought that emotion was overcoming reason in public life. Emotion and reason always co-exist in debate, but social media gives emotion the edge. The #DeleteFacebook campaign on Twitter is fuelled by the one thing that invariably does really well on social media: outrage. Facebookers may have believed that they were forging a whole new social system by connecting people. But social systems are not built merely on impulses; good ones have more often rested on people mastering their worst instincts and not giving way to them.

Politicians are most curious about politics – and Zuckerberg spent a lot of time fencing with his questioners about data misuse and attempts at election manipulation. When asked direct questions about privacy, Zuckerberg was oddly robotic and repetitive in his language, frequently referring to the available privacy controls without ever providing any estimate of how many people understood or used them. Facebook, he said, values the privacy of its users – and those users have control of their data. But privacy, for Zuckerberg, seems to be how much people share or don’t. In Zuckerberg’s language, privacy is never referred to as a right.

The idea that basic rights are not ranked in order of importance and sometimes compete and collide (and that in a court this clash is resolved on the facts of the case) never came up. Zuckerberg could easily have said to more than one senator:

There is a right to know, a right to free speech and a right to privacy. Lawmakers, judges, editors and philosophers have been wrestling with the tensions between these rights for centuries. We only just started with these dilemmas and we’ve got two billion users, at least 85% of them outside the US. Cut us some slack.

But ideas about rights are apparently not Zuckerberg’s style.

Occasionally, the questioning edged towards awkward ground that he was keen to stay away from: does Facebook’s business model of selling advertising based on crunching billions of pieces of behavioural data simply stop it being able to play any constructive social role? But most of the questions missed their mark by accusing Zuckerberg of selling its users data. Zuckerberg could simply deny it.

He was at pains to stress the efforts that the network had already made to try and root out hate speech and the inflaming of ethnic or religious tensions. He was asked more than once about the particularly bad and well-publicised case of Facebook posts targeting Rohingya Muslims in Myanmar. He replied by pointing to the large and growing number of people employed by Facebook to spot and remove hate speech.

An artificial intelligence solution to detecting hate speech, he admitted, was five to ten years away. He might have been better advised to pledge Facebook’s technical support for fighting misinformation by improving ways in which we can tell for sure where a fact or opinion has come from. This is nerdy stuff involving techniques such as better identity tagging, source transparency indicators and verified content labels, but Facebook is bound to be good at it.

Zuckerberg said often that Facebook was taking a broader view of its responsibilities, but he was short on detail of what this means. It amounts to this. Facebook, while still a young company growing at warp speed, has become an institution. That is to say that it is expected to embody values and to promote them; it has responsibilities which are not purely commercial. Whether its employees or critics like it or not, Facebook and other social media are a significant part of how societies make meaning out of what happens. Social media are not conventional publishers but they are built into the architecture of free speech.

It is still hard to know whether Zuckerberg is really a robber baron posing as a startled student or a truly naïve man who built a company at such speed and scale that it could afford to ignore every red light – or perhaps neither. New communication systems usually create new harms, threats and risks – and societies eventually want to deal with them. His time in front of Congress should have taught Zuckerberg that the first, easy phase of Facebook’s life is over. The next phase will be tougher.

Two things marked that watershed much more clearly than the confused TV drama in Washington. Julia Angwin, perhaps the most formidable journalist covering the hi-tech platforms in America, announced that she and a colleague are starting a newsroom to cover the impact of hi-tech on society. And, in Ireland, the High Court referred a brace of big legal issues about data transfer and privacy to the highest court in the EU. The questions have been asked because of a crusade fought over years to make Facebook obey European rules by the young Austrian lawyer Max Schrems.

It may turn out that Zuckerberg needs to be more worried about Ms Angwin and Mr Schrems than about the politicians in Congress.