Niche is nice… The future belongs to ‘passion’ titles 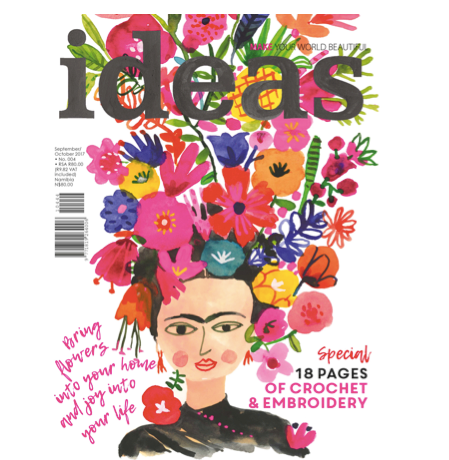 Indicators are pretty dire where the South African magazine industry is concerned. But, if one digs patiently through the individual custom publications, there were some stories of spectacular circulation growth.

The moment I learnt that Graydon Carter had stepped down as editor of my favourite monthly indulgence, Vanity Fair, I began to descend into gloom about the state of the magazine world.

Turning to our local magazine industry, I found the indicators pretty dire. I decided to look at the hard measure of circulation, on a year on year basis. Unfortunately this view delivers a gloomier picture than taking the now more commonly used quarter on quarter view. According to the Q3 2017 ABC release, total magazine circulation declined by 13.5% on the prior year, while Nielsen’s Ad Dynamix’s (12 months ending September 2017) recorded a 5.6% decline in advertising revenue.

There was a lot of reclassification of publications between the ABC consumer and custom categories. Once those movements were taken into account, then free magazines plummeted by 32.4%, custom magazines plunged by 20%, consumer titles fell by 7.6%, while B2B magazines nudged up by a modest 1.0%.

The resignation from the ABC of Bespoke Media, which publishes a range of shopping centre titles such as the Cavendish Square Magazine and the Liberty Midlands Mall Magazine, was the explanation behind the free magazine slump. Caxton now squarely dominates this ABC category with its pack of regional ‘Get It’ titles.

The small circulation increase in B2B publications was caused by new members joining the ABC. For example, Global Africa Network with its nine provincial business annuals, and SA Media Holdings’ significantly increased distribution of its retail titles. Ad Dynamix reported a 3.3% decline in advertising revenue for its business-to-business titles.

The ABC custom magazine category showed clear signs of turbulent times. The entertainment sector saw the discontinuation of all the DStv titles except the Premium magazine, while Woolworths pulled W. Handy apps, which provide recommendations and encourage consumer discovery, seem to have replaced these publications. Several titles, such as Sonke Magazine and Clicks Club Card, have changed frequency.

Ad Dynamix reports a different list of custom titles to the ABC. When I looked at a consistent set of custom publications year-on-year, I found a 19.6% increase in revenue. Inspired, I found that if one dug patiently through the individual custom publications, there were some stories of spectacular circulation growth: InFlight Magazine soared by 216% to 15 191, Slow Magazine sprinted up by 77% to 14 230 and Fresh Living grew by 48% to 17 891!

The first two titles belong to the TCB Media stable, and publisher, Bernard Hellberg, stressed the benefits of having a closed distribution network to a tightly defined and desirable audience of flyers. As he put it, “…if you are flying, you are buying”. Both publications have benefitted from the success of the clients for which they are published. In the case of InFlight magazine, increased FlySafair flights have facilitated publication distribution, while the need to keep the publication trim (low cost airlines keep a beady eye on anything that adds weight to flights) has actually made the publication particularly easy for passengers to pop in their laptop bags. Of course, producing quality content for a well known and understood audience is imperative.

Good Taste Magazine benefitted from the ministrations of general manager Liza Weschta, and editor Kari Collard, who undertook a complete makeover of the publication at the beginning of the year. The publication had a solid base of 14 000 issues going to Wine-Of-The-Month club members, but Weschta explained the publication was accepted into Woolworths stores nationwide, and that more hotels and wine farms requested the magazine, when they saw the new look content upgrade.

Wine club membership has been on the increase, too, driving subscriptions. Once again, having a tight niche and delivering a crafted magazine with beautiful journalism, albeit in bite sizes for time-strapped readers, is fundamental to the publication’s success. She also made the point that publishing bi-monthly means a longer shelf life and a “gentler process putting the mag together with al lot of love”. Independence allows instant creative decisions and the latitude to be agile and adapt the business model in challenging times.

According to Nielsen’s Ad Dynamix (12 months ending September 2017) Good Taste reaped the benefits of its makeover, increasing ad revenue by 90.9% to R4.8 million (undiscounted). Ackerman’s Club showed an impressive increase, 205.8%, to R3.4 million; but Pick n Pay’s Fresh Living topped the league with a 165.5% increase to R31.4 million, the result of vastly expanded distribution of the publication, now available free to Smart Shoppers.

That cash strapped consumers are becoming more selective in their magazine purchases is clear, and there is not a lot of good news in the consumer category, which shows a 13.1% decline in advertising support.

The poster child, amongst paid titles is undoubtedly Finweek, which increased its circulation by 58.3% to 18 748, year on year. The title has clearly benefitted from its move to the niche focused Media24-owned New Media Publishing, as well as from heightened interest in business and financial matters, due to downgrades, ministerial changes and overall uncertainty. Changing publishing frequency from weekly to fortnightly has not only extended its shelf life, but also makes the publication an easier read for time-starved readers. Attractive subscription bundling with Golf Digest has also played a role, and helped boost the golfing title by 53%.

Niche consumer publications fared better than mass publications as they have a solid and committed base of passionate readers. SA Hunter/Jagter and Bike SA are examples of these. It is in the specialist area that I discovered one of the most heartening stories – Terena Le Roux’s reinvention of Ideas/Idees.

Media24 closed the publication on a circulation of 47 000 – still a substantial number of purchasers. Having paid her dues as a publisher, Le Roux told me, “We could only get out of the red in one of two ways – either advertising would have to increase dramatically or overheads would have to decrease. Being realistic, the first option was not going to happen and neither was the second while being part of a corporate structure”. Having gone through the numbers many times before the “guillotine fell”, Le Roux set out to profitably serve a niche, and currently has a circulation of 17 155.

“Every edition so far has made a profit and by the end of our first fiscal, I will have repaid my loan to the company,” says Le Roux, who used her retrenchment package to carry the first editions. She cautioned against the false lure of “additional revenue streams”, often vaunted as the holy grail for print brands, saying that “a lot of the time you’re killing your team and spreading yourself incredibly thin, with simply not enough to show for it. I believe that your attention should be where your main source of income is, which, at the moment for us, is content…”

She has a readership of creative, tactile people, who still prefer their magazines in print. However, Le Roux, fully aware of the lure of video tutorials and Pinterest, acknowledges that they “slightly repositioned … to appeal to tactile paper lovers. The magazine now offers a lot of pages which can simply be torn out or copied to be framed or used as is in their projects”. Food content has been substantially cut back, and the craft content was modernised to ‘offer projects that seems more modern or quirky’ than the ones that can be found online.

The future belongs to niche and ‘passion’ titles. Controlled distribution and the agility that comes with independence are also prerequisites for publishing success.