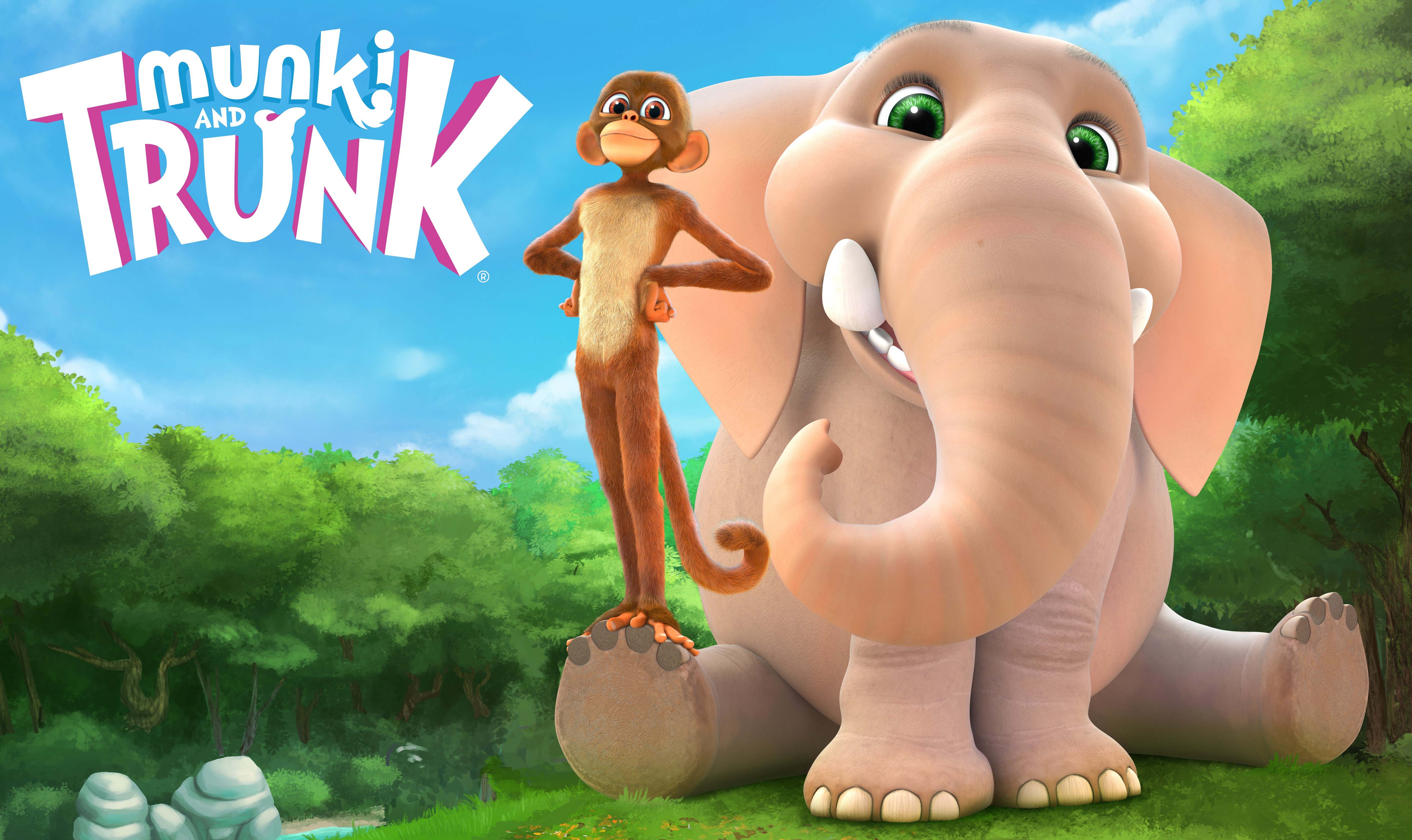 From Revolting Rhymes and Moosebox, to Munki and Trunk, these locally produced animations are putting South African studios on the international map.

Munki and Trunk is a spinoff from the Jungle Beat franchise. Originally it was supposed to be season 4 of the show, but after animating it, “the team said ‘we can do better than this’,” explains Sam Wilson, director and writer at Sunrise Productions.

The friendship of the two main characters is a central theme of the programme, and the show contains multiple characters per episode, rather than a single one, which is found in a traditional episode of Jungle Beat.

Growing from strength to strength

While still a young industry – compared to other parts of the world – South Africa’s animation industry has been around a long time, although there are only a handful of studios.

“We have focused on building our own IP. We believe that’s what we need to be doing and contributing to the industry,” explains Tim Keller, director at Sunrise Productions. “There’s a very healthy competition and co-operation in the sector … Now what we need to do as an industry is ensure more continuity of work. We need more studios with more of a long-view of the work pipeline,” he adds.

In the past, a weak Rand benefited the industry, as local animation houses could bring quality at a rock-bottom price for overseas companies. Since it has been growing stronger, it is creating a risk for animation houses, Keller says.

Talent sharing between animation houses is common practice, but Keller cites another challenge as the maintenance and retention of key talent, with experienced employees heading overseas for better opportunities.

The Cape Town International Animation Festival is a key opportunity to scout and recruit talent as well as to share ideas with other industry stakeholders. “The more we can be talking and showing what we are working on, the better it is for the industry,” says Keller.

South African produced work is receiving more and more international recognition. Mind’s Eye Creative has done work for some shows on Netflix and was involved with an Amazon show that got nominated for three Daytime Emmys. Triggerfish Studios animated the short film, Revolting Rhymes, which was nominated for an Oscar in the Best Animated Short Film category.

“The South African animation industry is maturing. We’re still comparatively small to the rest of the world, but there’s an incredible concentration of talent here and that’s getting deepened and proved with every one of these kind of projects we take on,” says Mike Buckland, head of production at Triggerfish and the co-producer of Revolting Rhymes.

Another example of a local production that is receiving international recognition is Moosebox, created by Mike Scott, which has been picked up by Nickelodeon. Scott, who says the show came about when he actually stopped trying to create something, believes South Africa’s animation industry is growing from strength to strength.

“From a fledgling industry, it just keeps growing. People are doing amazing things, studios are producing better and better work. It’s really been awesome to see the industry getting stronger,” he says.

Scott refers to it as a very supportive industry, with everyone involved wanting everyone else to do well. He cites “telling authentic stories while trying to get out of a Western brainwashed point of view” as the biggest challenge facing the industry at present.

“The West is so good at telling stories, even African stories back at us, getting out of that paradigm is tricky sometimes, because we’ve grown up with a particular way of storytelling … Trying to figure out authentic stories that fit into the model and format that the rest of the world understands,” he explains.

It’s not just the studios that are benefiting, as Scott explains. “A rising tide lifts all boats, so when anyone in the local industry does something great, we all benefit collectively.”

Keller concludes that there’s never been a more exciting time in the South African animation industry.

“We’ve been through the teething stage and a lot of people have learnt tough lessons. Where we’ve all got to, as both studio managers and creatives, is a more rational expectation of what this industry brings. If you look at where the technology and opportunities have got to, it’s a really great time”.