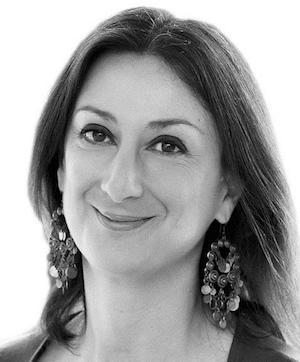 Around 18 global news organisations have joined together to ensure the work of slain Maltese journalist Daphne Caruana is shown to the world.

The group, which consists of among others, the Times of Malta, the New York Times, The Guardian, and Süddeutsche Zeitung has collected over 750 000 files and official documents to ensure Caruana’s work is completed.

Caruana was killed six months ago by a remote-controlled explosive device, in her native Malta, as she was travelling in her car not far from her home.

One of the main highlights of Caruana’s work was her knowledge of the Panama Papers before they became widespread. But her work came with risks, as she focused on investigative reporting into controversial topics including government corruption, nepotism, patronage, allegations of money laundering, links between Malta’s online gambling industry and organised crime the sale of passports, and payments from the Azerbaijani government.

The power of PR highlighted by new WARC report

WARC recently analysed their chosen most effective marketing campaigns from around the world, and found a common thread through every single one of them.

The fact that public relations elements are built into channel strategies of every campaign highlights the power that this sector of the media industry holds. An increase in the use of word-of-mouth marketing and public relations in the mix are the main takeaways from this year’s research.

To read further findings from the study, first published by WARC, click here.

British companies take a knock in terms of reputation, trust 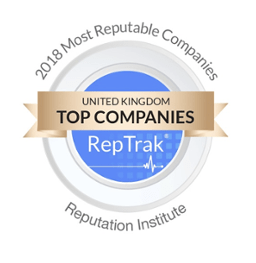 Perceptions of governance and citizenship are two qualities that the UK’s Reputation Institute says have the biggest impact on a brand’s reputation -apart from product and services. And in its latest UK Rep Trak rankings, it was revealed that consumers in that country are increasingly negative over investment activities of brands, and trust they would do the right thing.

“Neutrality or uncertainty around companies’ governance and citizenship initiatives means that despite significant investment in this area, these programs and initiatives are not resonating with people,” said Harry Foster, Reputation Institute’s director of consulting.

“In addition, the growing perception is that companies are not communicating often, or providing sufficient information about what they are doing. It’s harder to stand out from the crowd, and harder to appear genuine about what you say and do”.

The RI found that overall, the reputation of companies operating in the United Kingdom have suffered the biggest loss since the financial crisis of 2008, WARC reported. Rolex was the best brand in terms of reputation, overtaking Lego Group.

What do the Pulitzer award winners show about US journalism?

Fourteen Pulitzer prizes were awarded this week which, says Poynter, “can be a form of tea leaves for the state of the industry”. The journalism institute pointed out that they New York Times and the Washington Post dominated the awards, and “shared the Public Service prize for reporting on Harvey Weinstein and Times’ sequels on sexual harassment.

The pieces launched the #MeToo movement, a rare impact whose only obvious recent counterpart was the Boston Globe’s reporting on pedophile priests which won for Public Service in 2003”. The newspapers also shared the prize for national reporting for stories on Russian meddling in the 2016 presidential campaign and the Russian connection to President Trump’s associates.

For the rest of the fascinating insights into what this year’s awards revealed about journalism in the US in the Trump years, click here. 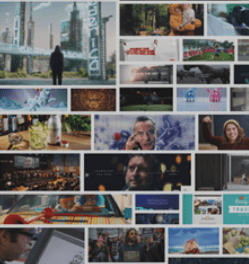 It might be a time of upheaval for WPP following the resignation of founder and CEO, Sir Martin Sorrell, but it was good news for one of the holding company’s strongest agencies, MediaCom, which this week extended its lead as the biggest media agency in the UK.

Campaign reported that MediaCom billed a whopping £1.3 billion while the number two agency, OMD, dropped 22.1% to £773.4m. Carat stayed in third place despite dropping 15.7%. MEC, which this year merged with ninth placed Maxus to create Wavemaker, was placed at number four. And Zenith, said Campaign, Zenith experienced the biggest drop of the top 10 agencies, falling 24% to £453.23m.

To read the report on Campaign Live, visit their website here.