Paying the Piper: From govt adspend and native to funding investigative journalism 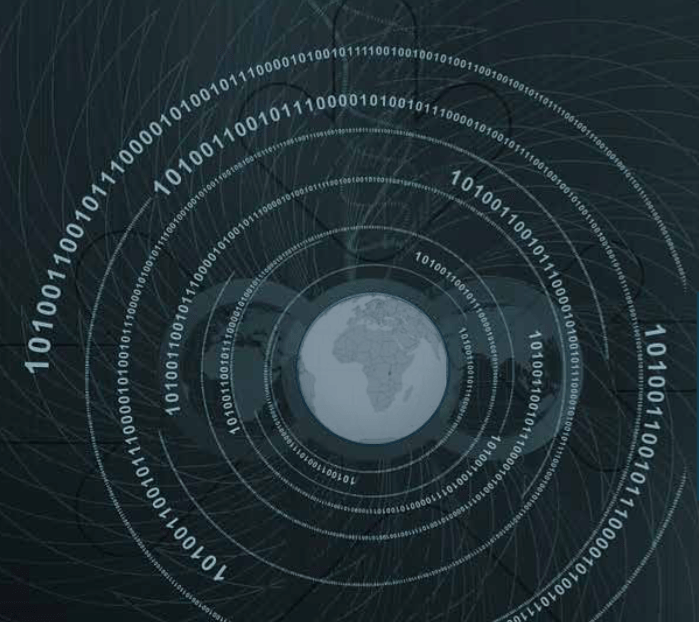 Diverting State spending to non-critical and captured South African media during the Zuma era was not particularly successful because government advertising and marketing spend has never accounted for more than 10 percent of total adspend in South Africa.

This is one of the findings of Paying the Piper, newly-released research into the state of media in South Africa in a time of digital transformation and political uncertainty that was launched at the recent World Media Economics and Management Conference held in Cape Town. 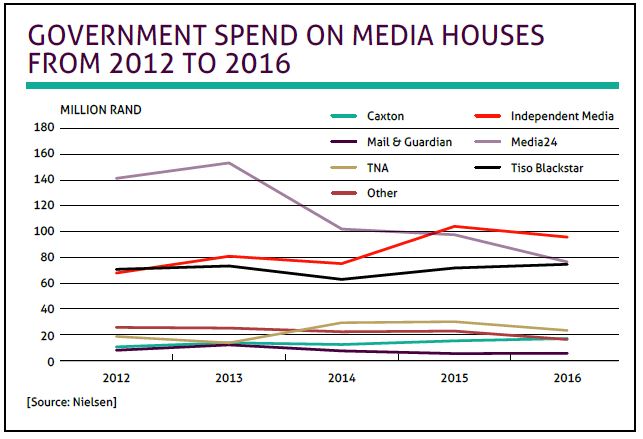 The report draws on a wide range of papers and reports commissioned as part of a research project by Rhodes University’s School of Journalism and Media Studies.
It not only identifies problems facing local media, but also explores strategies for economic sustainability at a time when legacy media has its back to the wall as tech giants like Facebook, Twitter and Google devour the lion’s share of advertising revenue. The report predicts that the stranglehold of these companies will increase, and estimates that by the end of 2018, about 17-million South Africans will be on Facebook and eight-million will be on Twitter.

It makes several far-reaching recommendations that include increasing the budget of the Media Development and Diversity Agency (MDDA) to R1-billion by the early 2020s; enforcing the Public Finance Management Act to stop public money being spent on news platforms without independently audited audience figures; imposing a tax or levy on Google and Facebook’s South African revenues; and creating a South African Investigative Journalism Fund with recovered state capture money.

While longer-term damage was caused to media during Zuma’s presidency, it also inadvertently boosted the credibility of journalism and helped improve some news outlets’ short term revenues, researchers found.

“In South Africa, the news industry may well be at the most ironic tipping point of all,” the report says. “Just as journalists are doing some of their most consequential and courageous exposure of state capture and the widespread looting of State resources, the industry’s failure to address its own contractions, and come to terms with digital media (and in particular the phenomenon of social media on smartphones), is rendering the news media more vulnerable and potentially less able to serve the information needs of the broader society.”

The report makes for some very depressing reading in parts, with predictions that the bloodbath facing local media will get even worse.

“Printed newspapers in particular are starting to close and will be closing at an accelerated rate,” the report’s authors predict. “While the past two or three years have seen a revival in important national-level political reporting, local and community media is increasingly losing the struggle to survive. Dozens of community papers closed in 2015-2017, some after many decades of publishing. The Times in Johannesburg closed in January 2018. Many others will follow.”

The digital tsunami and accompanying lower revenues that has been exacerbated in South Africa by “a multi-pronged attack” by a “Zuma-centred power elite” that destabilised the SABC and interfered with media, launching regular attacks against it.

“To provide ideological justification for the creation of a large-scale and corrupt network of rent-extraction and looting, this network established a 24-hour TV news channel ANN7 and a daily newspaper, The New Age, with money improperly diverted from government departments, state owned enterprises (SOEs), and from the SABC. Operatives of this power elite have worked to undermine the independence of Independent Media.”

Globally there are essentially just five high-level categories of income that media companies can explore to support the journalism project:

4. Sales of ‘related’ services (such as event hosting, commercial printing and publishing, online dating offerings and other services); and

5. Philanthropy (via both large grants and crowdfunding).

But, it’s not all bad news: “There is hope for journalism in South Africa: New voices are making themselves heard and new types of revenue generation … are showing much promise. There are moves to reduce the costs of connectivity and the impact of other factors that have created such a deep and wide digital divide in South Africa.”

The report also reveals a growing trend in of some of the best journalism in South Africa being funded by philanthropic grants and donations from international foundations. Local beneficiaries of this kind of support include amaBunghane, which was in the forefront of exposing state capture, and Daily Maverick and GroundUp.

But the report warns that strategies by news organisations to develop new business models and more diverse income streams are “not happening fast enough or across enough platforms to forestall a likely decline in media diversity”.

The high cost of connectivity is another major stumbling block in media’s search for new revenue models, with the stranglehold of the “effective duopolies in mobile telephony” limiting access to verified information and news for many South Africans.
But in the end the solution lies in a change in mindset by established media, the reports says.

1. Effective enforcement of the Public Finance Management Act when it comes to media spending including NOT allowing any public spending on any news platform that does have independently audited audience figures. The New Age still has no ABC measure and advertisers, mostly government, can only rely on the figures supplied.

2. Ensuring the complete independence of the SABC Board and of journalists working at the SABC to create and relay the news without fear or favour and other oversight. 3. A root-and-branch overhaul of the Media Development and Diversity Agency (MDDA) and ensuring that it is properly funded, as originally intended to make a real different to local media in particular. This would require an MDDA budget of about R500m a year (up from R71-million in 2017) which is a steep increase, but about what is needed to help local journalism recover and prosper. Ideally the MDDA budget should, by the early 2020s, be about R1-billion a year. With estimates of funds looted and externalised by the Zuma/Gupta network ranging from R100-billion upwards, it is clear that if the political will can be found, local media, crucial to democracy, engagement and the morale of South African, can be turned around and far better supported.

4. Using funds recovered from State Capture to create a South African Investigative Journalism Fund for all media, and freelancers, to submit proposals to, adjudged by an independent body.

5. Encourage and even enforce all three tiers of government making greater use, in a fair and impartial way, of local news organisations, including local digital only operations, newspapers and community radio and TV.

6. Consider and create some form of levy or tax on Google and Facebook South African derived revenues.

7. Engineer a rapid reduction in data and air time costs via ICASA that allows millions of poorer South Africans to come online. Roll-outs of free or very inexpensive wi-fi at schools, universities, TVET colleges, and by municipalities should allow South Africa to shift from 50% online to 90% within five to seven years.

9. Ensure social media platforms provide transparent terms and conditions that clearly state the terms upon which user data is handed over, over, and what user rights are. 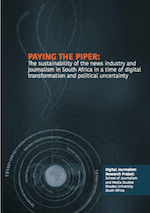 Read the full report here: PAYING THE PIPER- The sustainability of the news industry and journalism in South Africa in a time of digital transformation and political uncertainty