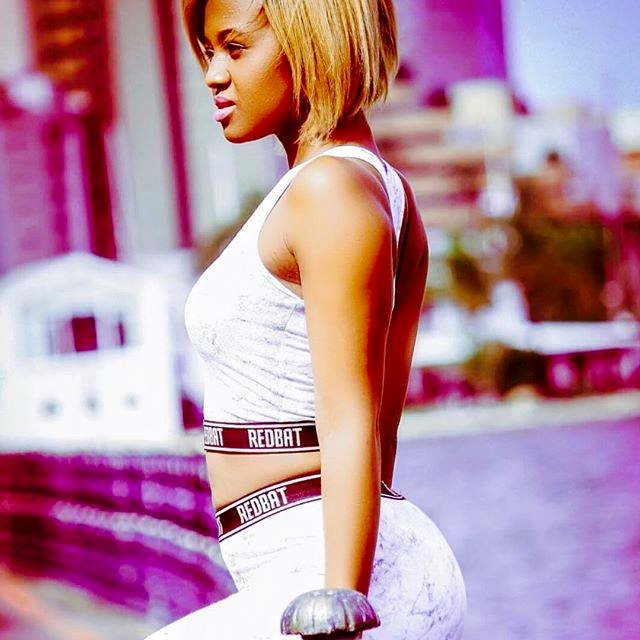 
[OPINION] A recent interview on Metro FM’s The Drive Show with South African celebrity, Babes Wodumo, served as a microcosm for the endemic gender based violence engulfing South Africa, and the culture of silence associated with it.

The exchange between Babes Wodumo and The Drive Show presenter, Masechaba Ndlovu, polarised many South Africans. Some believe the presenter’s apparent ambush style of interviewing was unethical and violated Babes’ right to privacy. Despite the means employed by Masechaba to induce Babes to divulge allegations of abuse against her long time business partner and ex-lover, it was palpable that Babes is living in fear.

The interview was compelling, in that a relevant and popular celebrity disclosed, for the first time, accounts of her alleged abuse in the most emotive fashion. The authenticity of the highly emotional radio moment was brought to bear by the continued recording of Babes’ reaction offline on Instagram, where one can hear what seems to be Masechaba comforting her, while Babes is seemingly distraught by the engagement.

A great deal of criticism has been directed at Masechaba for not respecting Babes’ wishes when she requested that they not talk about allegations of domestic abuse. Critics say Babes endured further abuse from Masechaba because of the manner in which she was basically forced to divulge such painful revelations. Masechaba’s critics, and indeed those of Metro FM, found the whole experience irresponsible, and an attempt to increase ratings at the expense of Babes’ pain, while potentially placing her in more danger then she was prior to the interview.

I think it is worth noting that a video of Masechaba and her co-presenter, Mo Flava, persuading Babes to essentially stand her ground and speak out, is available on social media and it is evident on video that prior to going on air, the presenters were under the impression that Babes conceded to the request to speak out on her alleged abuse.

The latter is indicative of the fact that Masechaba and Mo Flava undertook a sensitive approach to the interview. Any radio professional would know that guests invited to your show are expected to speak about matters which listeners want to know about. And should they reveal such information, the more exclusive the nature of the content and the more compelling it is, it can increase time spent listening and most importantly, ratings.

Personal and uncomfortable, but compelling

Oprah Winfrey has for many years elicited her guests to reveal some of the most personal and uncomfortable accounts of their lives and this is what made Oprah so successful; she became famous for first and exclusive content. One incident that comes to mind was an interview with legendary comedian Mo’nique: Oprah surprised Mo’nique during the interview by inviting her alleged molester family member to join her on set, and followed this up by inducing Mo’nique to deliberate on her experiences.

Mo’nique to this day has publicly denounced Oprah Winfrey for that interview and her trauma may give credence to the critics of Masechaba, who argue that Babes experienced an invasion of privacy and abuse from Masechaba. But we also know of many other interviews – whether it was with Whitney Houston, Tina Turner or Rihanna – where guests revealed very uncomfortable information to Oprah, which in turn benefited Oprah’s career as the international Queen of Talk but probably also empowered many other women to speak out on abuse.

Some may argue that circumstances vary and that it’s not so much that a victim of abuse publicly reveals revelations of abuse, but the manner in which such information is made public and whether her permission was sought. As alluded to above, it would seem from my observation that such a request to Babes was sought, even though Babes ostensibly did not give explicit consent and also mentioned explicitly on air that she did not want to talk about the matter.

At some point, as a media professional, you want to get the story but you can simultaneously believe that should Babe speak about the matter, her life and wellbeing could be improved because society would know and she may subsequently deal with the alleged abuse. I cannot say for certain what transpired in Masechaba’s psychological state at the moment when she was exerting pressure on Babes to divulge information on her alleged abuse, but in a country where women who face abuse almost never speak out, it may be disingenuous to give Babes time or any other woman for that matter, to evoke enough of her agency to deal with the abuse in her own way.

Babes should own her own narrative

In a sense, many feminists, including many South African women celebrities, argued that Babes’ agency should have been respected and that she should have been the one to own her own narrative. From a media ethics perspective, the latter is indeed a valid argument to make, however in a context where the apparent psychological state of abused women is known to exhibit poor decision making, isolation, depression, fear etc, it would be highly unfortunate to assume that women who face abuse can conjure up enough strength to deal with their abusive reality.

And so, perhaps in error, inducing Babes was a desperate attempt to get her to speak out so as to end the perceived power of isolation and manipulation that abusers tend to exert on their victims, while also gaining public empathy, support and awareness.

A few days before the interview, the perception many South Africans had of Babes and her relationship with her former business partner, appeared to be happy, that they would be getting married and that Babes was expecting their child. All this was put into question by the shocking revelations of alleged abuse and manipulation.

Prior to that intervention, no member of society would have been concerned for Babes’ safety but today, the alleged abuser can no longer isolate Babes by allegedly engineering a false image of a happy relationship through social media, while still allegedly abusing her. This is the quintessential nature of many abusive relationships, and as we follow the almost weekly horror of women being killed by their intimate partners in South Africa, it’s sad to say that the platitude, ‘if only we knew,’ is generally evoked.

I would strongly suggest that when such revelations of abuse are made, we focus on supporting the victim and rally behind him or her. But indeed, as media professionals, we ought to contemplate and reflect on our ethical dilemmas, between providing a service to the listener or viewer while also doing so in a moral and ethical way.

Perhaps this incident opens up an opportunity to do just that with the aim of improving how we go about sensitive information in the media, particularly in broadcasting. At the same time, I would like to applaud Babes for being brave enough to speak her truth as well as Masechaba for being the sister many women facing abuse need.

From a radio perspective, Metro FM could have handled the matter better but in the main, this subject matter captured the national discourse and polarised South Africans. The conversation extended to other radio stations such as Lesedi FM and 702, and The Drive Show gave the accused abuser a right of reply, which also made for compelling radio and is indicative of programming prowess.

I took this matter personally because my sister was killed by someone who told her he loved her. I only found out about her abuse when it was too late. If someone shouted during a church service with her present that my sister was being abused, the first thing I would have done was run to her aid and ensure that she was okay.

And although I would experience consternation on how the news came out, I would have been more grateful to know that we saved her life. If only I knew. 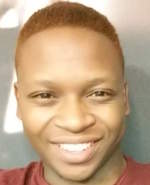 Kabelo Mekoa recently did a stint as programme manager at MFM, but has now left commercial radio to complete his undergraduate in Politics, Philosophy and Economics. “I believe perspectives and insight beyond the skill are so pivotal in media.”