Robert Marawa, the SABC and sport: Sometimes the question is merely, why? 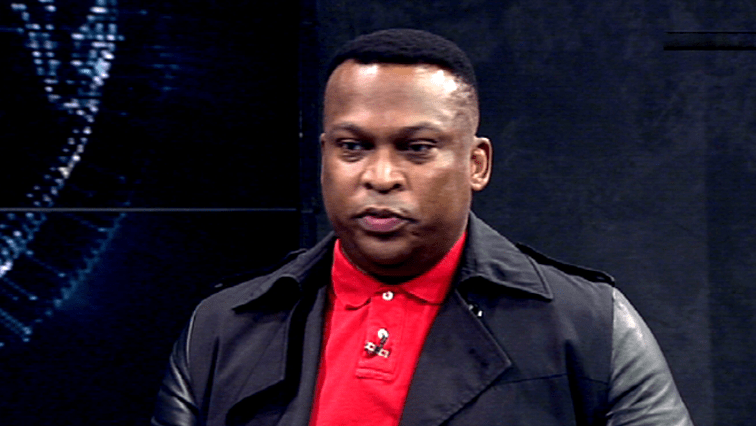 [OPINION] The Marawa radio rumour mill has been running since his non-return to SABC Radio in April. Therefore, the announcement of his return to the SABC during Chris Maroleng’s 100 Days-In-Office celebrations came as little surprise.

What was a surprise, however, was the announcement that the SABC would be innovating on its radio platform, and Marawa would be making history by broadcasting his two-hour sport show across Metro FM and Radio 2000 simultaneously.

The concept of networking stations, sharing content, shows and programming is not new. In the South African context, the Sports Cage was a syndicated sports show that ran across five commercial stations in five different provinces at the same time. The stations could add local flavour, customised imaging and their own voice. If you listened to the different stations, it was clear that there was a unified/shared sports show; there was common content, but individualised execution.

The Sports Cage proved that it could be done; that content could be generated and shared in a common space for a common broadcast purpose. From a commercial perspective it made money. It had sponsorship and the sponsorship had clout; the sponsor used the show and airtime to position its brand.

Yes, it was hard to run: Different stations, with different programming ideas, target markets and expectations. Ultimately, the show and the concept ran its course and the Sports Cage is no longer. During the 2010 World Cup, the Sports Cage went out live from one location to all the stations who were signed up. The collective footprints gave a huge coverage map and the show, as well as the networked concept, was quite pioneering at the time.

Why did the stations do it?

There was a gap. There wasn’t something quite like that on air in their respective markets. The collective content was nationally relevant and locally sourced by stations and pertinent to audiences. It was a great story to tell: Commercial radio working together for audiences and advertisers. And there was money, good sponsorship and value for money.

So why is the SABC doing this?

I am going to hope that there has been market research into a move like this, and not a Twitter pole and personal preference being deciphered and touted in an office somewhere. For English radio listeners there are several listening options: 5FM, Metro FM, Radio 2000 and SAfm. For the consideration of sport programming, 5FM will be left out of the discussion.

An uncomfortable relationship with sport

Radio 2000 has always had an uncomfortable relationship with sport. At times it was the ball-by-ball station. Then it was the official station of 2010 with a soccer ball-influenced logo. Then it had a sport-orientated drive show. And then it was getting Marawa. Then it had the rights, then it didn’t. Radio 2000 has, however, done an excellent job of positioning itself over the last 10 years and has built a proper audience. In the most recent line-up change, there seems to have been a purging of sport-orientated presenters. It is disappointing that the station has never performed as a revenue generator. I am also of the opinion that part of its audience success lies in the massive transmitter network that the station has access to.

SAfm – The More You Listen the More You Know, is currently in programming flux. One is going to assume there was some in-depth research assisting with the repositioning of this legacy brand. It is running a daily sports show, Sport On, presented by Thabiso Mosia. Although there is much work to be done on an execution level, the times I have listened have really delivered some interesting content, especially on a Friday.

Metro FM is a powerful radio brand with coverage in the urban areas. It is a money spinner and is entrenched with audiences who are passionate about what it represents. Thomas Mlambo took over from Udo Carelse who was given the boot after picking up the pieces when Marawa left 083Sports in July 2017. It seems that time truly is a healer, with Marawa and the SABC on the same team again. Mlambo will be looking for a new gig, or will be re-assigned in the SABC structure. An area of contention has always been SABC radio staff working on opposing TV brands. This may have been resolved, or is being ignored.

Between SABC Sport and SABC News there must be a plethora of sport reporters, producers and specialists that must represent the biggest body of sport journalists in the country. From commentators, reporters, researchers, producers and statisticians the SABC can cover sport in every part of the country. Through networks and alliances, their international reach must be quite substantial. Over time, sport bulletins on SABC radio have taken on a very subtle SABC Sport branding, where previously the sport was branded at station sport. SABC Sport and SABC News have a variety of platforms that they service. It strikes me, however, that with the sheer number of people who fulfil a sport role at the SABC, they can and should be the leading sports news provider in South Africa.

Considering the access to resources and platforms (radio, TV and digital) one must assume there is an integrated sport plan across all the SABC platforms. This plan would see complimentary programming, cross-platform synergy and promotion, and the effective use of rights, money and people. Part of the plan would be servicing audiences and advertisers. Sport is a nation-builder and tool for social cohesion. It is also a hugely lucrative advertising space.

Logic tells me that the simulcast sport show takes away two hours of listening options from the SABC Radio English bouquet daily. The nature of Radio 2000 and Metro FM’s programming could be highly complementary. When the one is taking sport, the other could be broadcasting the antithesis of sport. They could promote this on both stations: The one promoting the sport angle, the other, the music option (or other programming content).

Now there is a sport block with no options except the competition. Coupled to this, there is going to be a time overlap of two sport shows: Metro FM/ Radio 2000 and SAFM. With the reach of Radio 2000 and SAfm in terms of transmitter geography, this is another issue in terms of listening options; again cross-channel promotion and positioning could create a powerful product and two very solid listening opportunities for different segments of the market. The nature of modern media has changed the traditional role of radio. A sports show can no longer be the exclusive platform for announcements and breaking news. This needs to happen as and when it takes place and then pushed to the relevant platforms.

From a revenue perspective I can’t see a brand committing sponsorship on both stations. It will be impossible to convince a client that they must pay the full sponsorship for two stations, yet a single show. The client will be looking for a value option and the smaller/cheaper station will lose. From a strategic radio management perspective, knowing that revenues are under pressure, Marawa should never have been an option for Radio 2000, if Metro was still running a sport show. Metro sells, Radio 2000 doesn’t. Why put your draw card on a station that won’t maximise revenue? With a reported R5 million price tag there must be a lucrative sponsorship lined up or the SABC has deep pockets.

Lastly, which station takes the lead? Which studio, phone number, WhatsApp and e-mail are used? Is Marawa contracted to SABC Sport, or does he have a Metro contract, or is it with Radio 2000? Who stands in for him when he is otherwise committed? Will there be joint branding for when the show must deliver an OB, and which station will take care of the logistics? How are adverts in the show booked? Do Metro FM adverts flight on Radio 2000 and vice versa, or are they going to do a programming split? Is someone going to balance the ad load every day? The logistics are essential and can be navigated successfully, but everyone needs to know where they stand from the beginning. To execute a plan, you require a plan.

After hearing the news and having time to consider it, the question remains the same, why would the SABC do this? 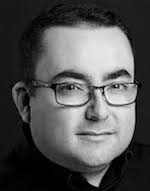