LATEST NEWS
Home Communications Opinion The queen bee at work: Have you been stung by one?

The queen bee at work: Have you been stung by one? 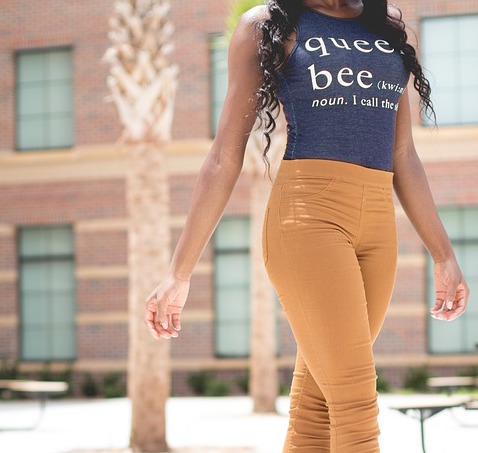 [OPINION] “My boss’s name was Angela. But angelic, she wasn’t. She was mean,” says Lindi, describing her first job, at a Johannesburg travel company.

“She’d start a meeting without me if I was even half a minute late, then give me an unforgiving glare when I arrived. But if one of the guys was running late she’d wait and welcome him with a cheery smile.”

Angela, says Lindi, is a classic example of a Queen Bee.

Who is this strange insect, and why does she exist?

The Queen Bee Syndrome is one in which a woman in authority treats her female employees and colleagues with hostility, while favouring males when it comes to promotion. It was first defined in 1972 by psychologists at the University of Michigan, and has been documented by several studies.

But why would women do this to each other, when it’s men who have excluded women for so long, and when women are still paid less than their male counterparts? Surely we should have more solidarity?

The internet is helping to spread the idea of gender equality. So hopefully, we’ll see more women enabling and empowering each other in the future. In the meantime, though, we still have Queen Bees in many corporates.

Since there are now older as well as younger women in positions of authority in the corporate world, which age group boasts more Queen Bees?

I think there are proportionately more among the older generation of women. Perhaps this is because older women may have had a harder time achieving success in a male-dominated corporate environment of earlier decades. Perhaps their attitude is: ‘I struggled and made it alone – so you can, too.’

And a few decades ago, these women got used to competing with each other for a coveted token place at the table. It was a rarified environment where there wasn’t a lot of room for women, so there was little solidarity or sisterhood. The playing field is more level now, and a different dynamic exists.

Ironically, Margaret Thatcher, the UK’s first female prime minister, has been described as a Queen Bee for not promoting the careers of women in her cabinet.

It’s a pity that she didn’t feel the need to help other women. “Thatcher may have been one of those women who didn’t see why she should give a hand up to any woman, since no other women helped her.

Who are the younger Queen Bees? They’re a different breed. Perhaps it’s because they’re more influenced by social media.

It’s often evident in their online personas; a typical, young female executive may use social media to boost her position.

It’s a self-focused activity, a case of ‘look at me, look at my life’ – a carefully curated selection of images and statements. This may help to build self-confidence in young women, whose mothers were probably taught to be self-effacing and demure, but it can become quite narcissistic.

When that narcissism transfers to the workplace, and this young woman extends her ‘all-about-me’ attitude to her career, she’s more likely to become a Queen Bee.

She’s one of the guys

A typical Queen Bee may also consider herself one of the guys – and she likes the exclusivity of being the only woman in that position.

A Utrecht University Professor, Naomi Ellemers, believes we can blame Queen Bee-ism on sexism in a society where women are rewarded for ‘not being like other women.’ These women distance themselves from others, and become ‘one of the guys’ in order to get ahead, says Ellemers.

I ‘fought her way up’, becoming the only female on the board of a German travel company at age 30. I believe in helping other women, particularly younger women. We need more gender diversity at all levels – including the top. It’s not enough just to employ women, we must promote them too.

So, no Queen Bee syndrome at Ole! Media, then? Not if I can help it.

While many complain of the Queen Bee syndrome, some claim it doesn’t exist.

Recent research by New York’s Columbia Business School, which surveyed 1 500 companies, revealed that women were in fact more likely to be promoted in companies where there was a female chief executive.

And Facebook boss Sheryl Sandberg says she believes that women aren’t any meaner to women than men are to one another. “We’re just expected to be nicer.” That’s interesting. Yet many women still tell stories of the mean female boss.

What about sexuality and the Queen Bee?

In previous decades, a woman in authority may have felt obliged to deny her sexuality, creating a tougher, colder demeanour in order to be taken seriously.

Remember the shoulder-padded, pinstriped suits of women in the ‘80s? This was when women attempted to fit into a male dominated workplace by dressing like men. There was little room for femininity then, but that phase is over, and now we dress to please ourselves.

Younger women, especially, are bolder and more aware of their rights. “Why should I dress in a certain way to be taken seriously?” they ask. “If my cleavage or legs are visible, so what? I can see your biceps in that polo shirt, so let’s end the double standards – judge us on our performance.”

The bottom line is, attitudes have shifted. Women no longer feel the need to ‘be like a man’ to be accepted. Yet another obstacle has been removed from their path to success.

The end of the reign?

At the end of the day, however, there are still some women who like being Queen Bee. In previous decades, when there were fewer women in top positions, you’d often hear: “She’s the only woman on the board of the company.” The Queen Bee has always liked that status and doesn’t want to make room for another woman. Today, with many women in top positions, it’s no longer such a big deal, so Her Majesty’s days are numbered.

Although today, only 6.4 % of Fortune 500 CEO are women, the Queen Bee knows she’s not unique anymore. So why not give other women a helping hand?

Social media should get much credit for female empowerment. It’s no longer considered ‘radical’ to support women’s rights. The question is no longer: ‘Why are you supporting women’s rights?’ but ‘Why aren’t you?’

Women now celebrate each other’s successes and give each other affirmation. We’re learning to be a ‘swarm’ that works together.

I used to balk at the concept of taking an assertive stand about women’s rights, because it felt defeatist, as if I was acknowledging the fact that women were not able to stand up on their own but needed extra support. As if being a woman were something that needed ‘propping up’.

My view has changed somewhat: Having walked my own path through the corporate world in Europe and in South Africa, I found myself – as a self-confident and I believe capable person – nonetheless having to jump through a few subtly presented hoops (from which my male counterparts were usually exempted), in order to prove myself worthy of the roles I was asked to fulfil.

The women who have achieved success and recognition in the business world are not only role models for aspirants of their own gender: they are the role models for the new generation of males and females who recognise the need for complementary skills, attitudes and attributes in the working environment of today.

So, dear Queen Bee – as a TRUE Queen, please support all members of the as yet uncrowned royalty that buzz around you. 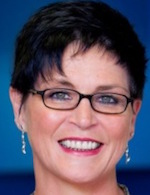