What Katy’s doing next 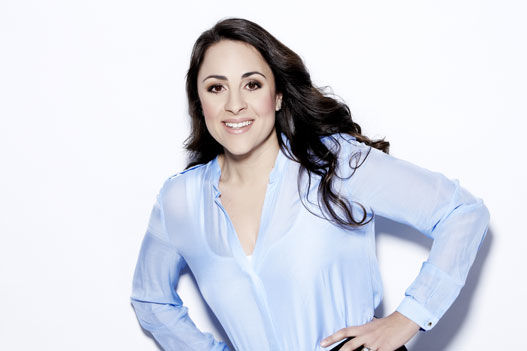 While it’s old news that Katy Katopodis is leaving Primedia Broadcasting, in-depth details about her new venture have been scarce up until now. The Media Online sat down with Katopodis to find out more about what she will be doing next as well as to reflect on her 21-years at the broadcaster.

Leaving Primedia Broadcasting wasn’t an easy decision to make as she has loved every moment of her journey, growth, experience and career at the broadcaster, Katopodis says, but admits, “The time was right for me… and I believe that I need to keep moving and if one feels they are in a position where they perhaps are not moving as they could or should be, it was important for me to take a leap of faith in myself and see what else is out there.”

The creation of Nala Media

She has started her own media company, Nala Media (the Sesotho word for abundance), with two other women, 702 weekend breakfast host Phemelo Motene and eNCA producer Penny Peppa, who “share her values and are women of integrity and principle”.

Having been friends for a long time, the three have had many conversations over lunches, dinners and coffees. “Over these many social occasions, we’ve obviously spoken about our industry, about stories, about news and about content, and in one of these many discussions we paused and said, ‘but hang on, we may be onto something here, there is something to these conversations we are having’.

She cites the South African National Editors Forum, of which she is the current deputy chairperson, as a great example of an industry body that now has a female strong leadership team, with the chairperson, deputy chairperson, secretary general, and two regional conveners who are all women, and a 50% representation of female editors and journalists in the council.

A three-pronged approach will be utilised by Nala Media. Firstly, content creation across multiple media types (including television, radio, digital, print, depending on the “best home for the content”) as “we are all storytellers at heart”, Katopodis explains; secondly, the creation and facilitation of much-needed dialogue sessions, which will address the big issues in South Africa; and thirdly, corporate communications and strategy work.

The content Nala Media creates will have extra depth and texture to it, as the production process will be longer, looking at stories that fall outside the traditional news cycle.

“I’m so used to the half hourly deadlines and the race to get the news out, but we as Nala Media want to take a step back and say ‘there are stories of enormous public interest that aren’t necessarily part of this hour’s news cycle’ … Let’s take those stories and expand on them and get a bit more depth to them and let’s go deeper, behind the headlines,” says Katopodis.

The evolution of news reporting

The introduction of social media led to a dramatic evolution in news and storytelling, believes Katopodis, including how stories are moving, they are changing and where stories are sourced from. She reflects back to the early stages of her career when the newsroom had pagers which alerted journalists to new announcements, or press releases.

“Social media has a very important place in our society and in our newsrooms. However, and this is a very big however, because something is on social media and has been retweeted and liked several thousand times, it doesn’t make it true. And it doesn’t take away our responsibility as journalists to check those facts,” she stresses. She also passionately states that, “wanting to be first with news is great, but being first should never be at the expense of accuracy and facts, so rather slow things down and get it right, as opposed to just speeding along in an effort to be first”.

The interview concluded with these quick fire questions:

Biggest challenge you faced in your career?

“Being able to maintain our credibility in a sea of fake news and attacks on media, because blaming media is often the thing to do, as opposed to taking responsibility for our comments sometimes. It’s not the biggest challenge, but it’s one of the challenges we face”.

Favourite moment in your career?

“It’s difficult to say that there’s been just one moment. Every breaking story that we’ve done right that has made us shine as a team, that has seen the adrenaline surge, those have been very proud moments for me. As an editor, to watch the team succeed has been my absolute joy, I have loved every moment of that”.

The thing you’ll miss most about EWN?

“Everything. I’ll miss the people the most, without a doubt. I have grown to absolutely adore the people I work with. What our listeners and readers often don’t realise, is this is a very hardworking news team, they work extremely long hours, they’re passionate and brilliant, but also that they’re good people, we have fun, and we share a lot of laughs”.

The success factors that have made EWN such a formidable news team?

“The team itself. It’s a collective of unique individuals who are hard workers. A work ethic like this team, I haven’t seen before. I credit the team and their openness to innovate. It was important for us to keep innovating and keep moving forward. It’s a professional philosophy for myself, but it was also very important for me for EWN to keep breaking new ground, keep innovating, and keep doing new, different and unique things … Being unafraid of trying new and innovative and creative things in the space of news”.

Your advice for young journalists?

“I can’t say enough for having a strong work ethic, with a can do, positive attitude. That combination will result in any young journalist, I believe, being successful”.