LATEST NEWS
Home Digital CliffCentral is going strong, and there’s more behind the scenes you don’t know about

CliffCentral is going strong, and there’s more behind the scenes you don’t know about 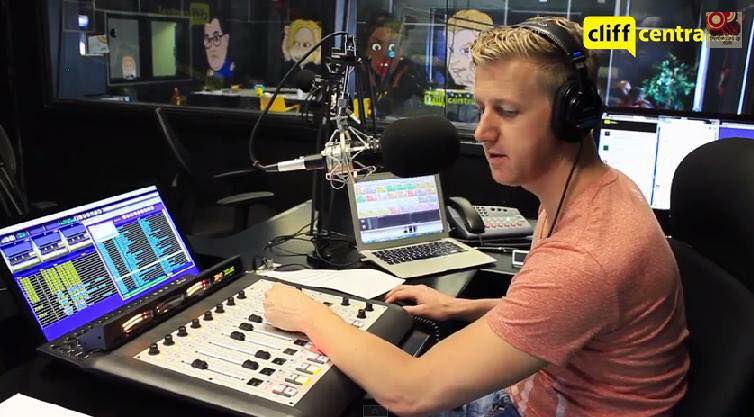 
“We wouldn’t be here if we weren’t succeeding”. That is the message from Gareth Cliff, founder of CliffCentral, who calls bullshit on the naysayers.

Sitting down with The Media Online, Cliff and his manager Rina Broomberg, who is also a co-founder of the online radio and podcasting platform, responded to those who say that CliffCentral’s listenership has stagnated (after an initial surge when it launched) and that  advertisers aren’t taking online radio seriously.

“If we’d stagnated, we would have gone backwards; if we lost audience no one would have started to buy into what we were doing and if we hadn’t had clients, we wouldn’t be sitting in an office, you and I would be talking on the street,” says Cliff.

“There’s been a lot of growth. It’s been incremental rather than exponential, which has been irritating me because a lot of what we’re doing is educating people about how to use their phones,” he adds.

Cliff compares his offering to when Facebook first launched and people were unsure of how to use the platform, and says that podcasts have seen phenomenal growth in the US, year on year.

Broomberg adds that since CliffCentral launched, traditional radio stations have also started to explore and launch podcasts, a sign that this is the direction that radio is heading in.

“When people say, for example, that we haven’t grown to their expectations, and I feel that a lot of the time too, because my expectations are high, those are probably the same people who said we’d last six months when we launched and here we are four years later,” Cliff says cheekily, before pulling a middle finger.

“Gareth is impatient. He would love things to happen quicker. I said to him from the beginning, three to five years is the window, don’t expect anything before then. I was pleasantly surprised at some of our early successes. Gareth would have wanted much more,” comments Broomberg.

“We are still the only, to my knowledge, hybrid online streaming and podcasting business in the world, and in Africa we’re already the biggest podcaster in terms of content made and distributed and listened to,” stresses Cliff.

A key strategy for Broomberg and Cliff is to constantly monitor and assess the media landscape and adjust the business accordingly.

A focus on quality over quantity guides everyday operations, with the development of content that is niche for both audiences and clients.

They also touched on the challenges the business faced in its early days:

The decision was taken, at the beginning of CliffCentral, to make Cliff’s show the focal point as he would be bringing a large following across with him. Even though he co-runs the business, Cliff still presented his show because it was the cash-cow of the operations.  “This year was the first year that we’re not relying on Gareth. We’re building podcast series that have nothing to do with him,” Broomberg says to illustrate the progress the business has made.

Greg Cohen was recently appointed as the station manager of CliffCentral.

The CliffCentral journey has travelled many a bumpy road. Cliff reveals that one of the biggest challenges at the beginning was funding, as Broomberg and himself put up all the money and there were no investors.

Educating advertisers, listeners and staff about this disruptive media type was also a challenge, convincing them that this was a feasible endeavour, which would not only disrupt, but also fly.

CliffCentral is just one project of One on One Productions, a 15-year old company that the two created. While most people are familiar with the latter, the goings-on of the former are relatively unknown to most.

When One on One Productions first started, it offered creative solutions to radio, working with advertising agencies to offer these to clients.

Over time, it has branched out into a media industry development offering, aiming to benefit the industry through podcast consulting, and training and development.

They offer courses on rules of engagement, presentation skills, interviewing skills, and mic skills, tying in with CliffCentral are skills development courses around podcasting.

“The training is something we are going to ramp up again now, as we were so busy with CliffCentral,” confirms Broomberg.

Also on the cards for the business are more trips around the world to create more international content. Cliff visited London recently, and Germany is on the agenda for September.

Pop-up studios are another feature offered by the two; the offering allows them to create an internal communications proposition for corporates.