The Meg: Latest film with teeth in over 40 years of ‘Jawsploitation’ movies 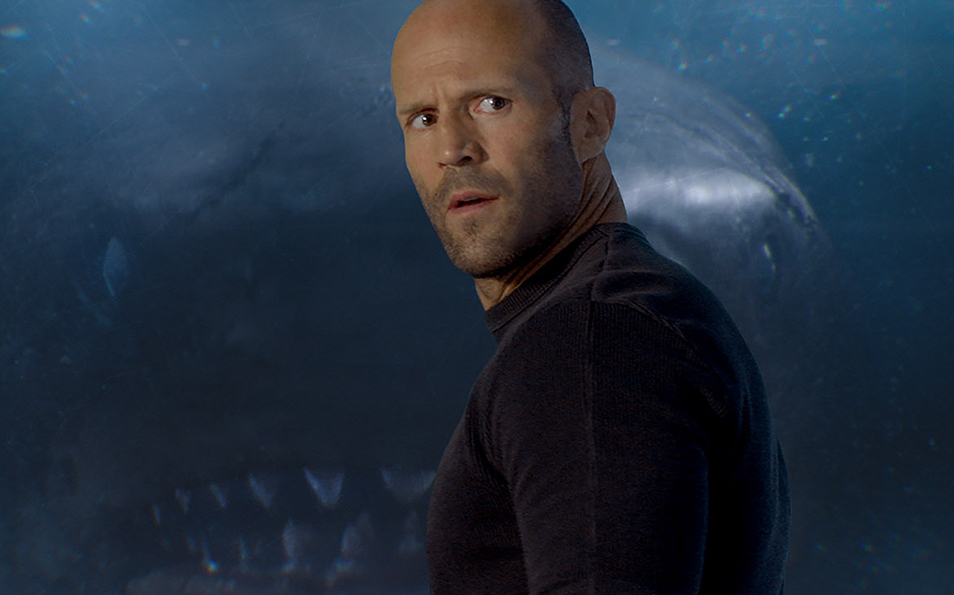 Unlike the creatures themselves, films about sharks are far from endangered. This week, cinemagoers will get the chance to see the latest fish-as-foe movie, The Meg, starring Jason Statham. The film has been much anticipated for its cockney-versus-shark action and high camp potential – but shark thrillers have been bursting onto the big screen for more than four decades. So why is it that shark movies have proved so popular?

The one word answer is, of course: Jaws (1975). Sharks had featured in films before Spielberg’s breakout movie, but Jaws was the first to make a shark its primary villain.

Some featured sharks as protagonists, such as Mako: Jaws of Death (1976), while other ‘creature features’ kept the basic plot line but centred on alternative predators, such as Grizzly, the top independent film of 1976, and Piranha (1976). Mexico produced Tintorera (1977) while Brazil offered Bacalhau (1977) (a spoof about about killer cod). Italy gave us Tentacles (1977) and Great White (1981).

Britain nearly got two Jaws films with The Pike, set in Lake Windermere (and allegedly set to star Joan Collins), and Hammer’s Nessie, The Loch Ness Monster, but neither projects attracted enough funding. With its stripped-down narrative of serial killings, Jaws proved eminently imitable, and arguably underpinned the slasher film as well as Alien (1979), which could have been pitched as “Jaws in space”.

The Jawsploitation cycle fizzled out by the end of the 1980s. What revived it was the revolution in CGI special effects showcased in another game-changing Spielberg film, Jurassic Park (1993). This solved the key problem for shark films – how to represent the shark? This had notoriously foxed even Spielberg, when the rubber shark that was to play Jaws, Bruce, repeatedly failed to perform on set and terror was created instead, rather brilliantly, with shots of barrels, floating piers and other compensatory stand ins.

After Jurassic Park, CGI seemed to be the answer, not least because sharks were easier to model than animals with fur – though early efforts were weightless and unconvincing. The success of Deep Blue Sea (1999), which combined CGI super sharks, Jurassic Park’s theme of genetic engineering and a good dose of camp, accelerated this new and continuing cycle of creature features.

The most notorious films in the genre are trashy ‘mockbuster‘ parodies such as Sharknado (2013), Megashark versus Crocosaurus (2010) and Sand Sharks (2011) made for TV and DVD by outfits such as The Asylum and designed as instant cult films – “so bad, they’re good”. Others have been genuinely good small-scale dramas, such as Open Water (2003) (with real sharks, unusually), 47 Metres Down (2017) and The Shallows (2016), a number of which, like Deep Blue Sea, frequently centre on young women. These films’ smartest move was to avoid lengthy scenes on land and quickly trap the characters on or under the sea in continuous claustrophobic peril.

These films have teeth

In many ways, it is easy to see why sharks remain super villains in movies. Perfect machines – a trope from Jaws that is repeated in Alien – they are both familiar representations of nature at its most unforgiving and utterly alien in their ancient, untameable hostility.

But, unlike dinosaurs, sharks are all too real and – however remote the possibility – we could in theory become their lunch if we venture into their domain. Their terrors are not only primal but, arguably, psychoanalytically explicable. Jaws was slyly knowing about the shark’s fearsome combination of phallic aggression and ‘vagina dentata‘, which later iterations, such as Alien, made even more explicit.

On the level of allegory, shark films can be tweaked to reflect all manner of changing cultural fears. Jaws incited countless interpretations, which read it as a commentary on Watergate, feminism, threats to the family, and even the Vietnam War. The film’s famous “Indianapolis speech” – delivered by rugged fisherman, Quint – meanwhile, explicitly evoked guilt over the use of the atomic bomb on Japan in World War II.

Sharknado and its even more outlandish and apocalyptic imitators exploit global warming – as in Sharknado 5: Global Swarming (2017) – concerns about genetic engineering, and the vulnerability of the West to terrorism and natural disaster. The Shallows, meanwhile, is a would-be feminist parable in which a young woman finds strength and puts her life back on track by defeating the ultimate symbol of patriarchal violence (though the film was widely criticised for its depiction of Mexicans as either drunken rogues or shallow shark bait).

The Meg, backed by Chinese funding, suggests something new. It is neither a mockbuster nor a woman-in-peril chamber drama. Based on a 1997 novel by Steve Alten, The Meg is the first big budget shark movie since Deep Blue Sea. Doubtless influenced by the new Jurassic World films, it pits Statham against a 75-foot prehistoric Megalodon threatening a Chinese beach. Whether it will repeat Jaws’s success remains to be seen – but expect to see a new cycle of ‘Jurassic shark’ movies and new variations on the template Spielberg created 43 years ago.