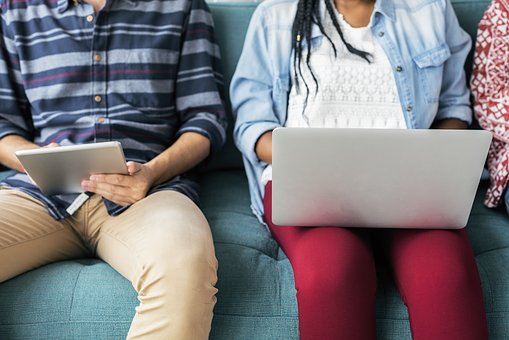 Having just returned from a brief visit to England, which included some telly watching, I was intrigued to read the UK’s Broadcasters’ Audience Research Board (BARB) has begun to report multiple-screen television programme ratings across TV sets, tablets, PCs and smartphones.

The ambitious Project Dovetail was established in 2015 but its launch was delayed earlier this year. Now the first stage has gone live, delivering programme average audiences, which are published eight days after transmission.

Stage two will report how tablets and PCs increase the number of viewers and average weekly viewing time on BARB-reported channels, while the third and final stage will deliver multiple-screen advertising campaign performance. But the complicated nature of the project is such that the delivery dates for these stages has not been confirmed.

Fusion may on the lips of the South African media industry, and it is at work in this project too. Algorithms are used to perform day-to-day integration of two data sources. The first is collected from a nationally representative panel of 5 300 UK households. These homes have meters that track viewing on TV sets, PCs and tablets. Then software embedded in broadcast video-on-demand (BVOD) services by BARB-reported channels collects data for viewing on tablets, PCs and smartphones.

Coinciding with this launch, BARB published a White Paper based on pre-release test data, and drawing examples from sport, entertainment and drama programmes. I could not resist a quick scan of this. In the sports genre, it was unsurprising that the first example was the World Cup, when England briefly enjoyed the hope that they might bring the trophy home. The semi-final clash against Croatia on enjoyed a 1.6% uplift in audience thanks to PC, tablet and smartphone viewing. Predictably, most of this viewing was live.

This might sound disappointing, but given that this broadcast was an event of national importance, it would have been likely that most people would have made their viewing plans in advance.

By contrast, the France vs Uruguay World Cup quarterfinal benefited from a more substantial increase of 5.3%. The white paper suggested that this match featured two of the better teams, and as it was screened at 3pm on a Friday, that device viewers had chosen to start the weekends early.

Love Island is a reality dating show: The Guardian’s Rhik Samadder confessed to having been seduced by the series despite its “heteronormative, body-fascist vapidity”. Episode 36 of the fourth series had a consolidated 7-day TV set viewing figure of 3.9 million, but there was a people-based device uplift of 24.4%, taking the total average audience to 4.9 million!

A major driver here would seem to have been the younger audiences that reality TV attracts: They may not always be in control of the TV set at home. Fans need to keep up with developments and live device viewing allows them to participate in conversations around the broadcast itself. Another example of the bad behaviour reality genre, Made in Chelsea, experienced a people-based device uplift of 16.8%.

A closer scrutiny of the Love Island data showed that the greatest uplift for Love Island was Monday – Friday (+25.8%). Reassuringly, the lowest device uplift was on Sunday when viewers would be most likely to be watching at home in front of their TV sets. These data seem entirely logical.

An interesting alternative to linear viewing was given in the example of the mock reality comedy, Judge Romesh. Here episodes three and four were made available to watch on UKTV Play a week before the linear broadcast. This pre-broadcast viewing added 1.0% and 0.9%, respectively, to the consolidated 7-day figure. However, pre-broadcast BVOD viewing through the TV set added 13.4% to episode three, and 11.1% to episode four. Being first in the know is crucial to some viewers.

An example of the more traditional serial drama is Eastenders, which consistently achieved an average TV set audience of around five million. It experienced an average uplift of just over 4% via other devices, but smartphone viewing was only responsible for 0.4% uplift. This would probably be due to the programme’s older audience profile.

While it seems that overall number of people viewing on non-TV devices adds less than 5% to TV set viewing, it is also clear that genre and audience demographic can influence non-TV device viewership.