ABC results: Not much festivity for publishers 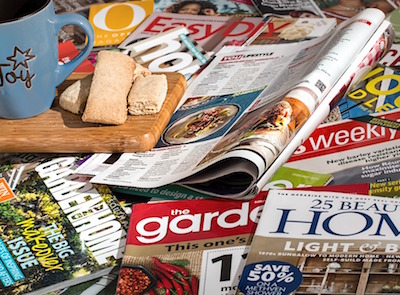 It is that time of year: the first signs of festive cheer are appearing in the shops. It is also the time that the Audit Bureau of Circulations of South Africa releases the circulation data for the third quarter of the year. The results are unlikely to occasion celebration among publishers.

With every release, the data for the new quarter are compared with the preceding three months, as well as with the same period of the previous year. This year on year comparison gives the longer term, and mostly gloomier view.

The weekend newspaper category showed a modest 1.5% drop over the second quarter, but a fall of 8.3% over the prior year. The Saturday editions of both The Star and Pretoria News also enjoyed quarter on quarter increases of 9.2% and 5.3%, although the longer-term view was less buoyant with modest declines of 1.8% and 3.0%.

The weekend edition of the Daily Dispatch was up by 5.4% over the previous three months, despite a year on year loss of 14.2%. Media24 had some lacklustre performers: Die Burger Saterdag edition was down by 13.7% quarter on quarter and 14.2% compared with the corresponding period in the previous year. The Sunday Sun was down by 5.7% and an alarming 31.8% over the respective periods. City Press dropped by 4.7% over the previous quarter, and a concerning 24.0% compared with the same period in 2017.

Interestingly, despite the ongoing debate in the competitive media over the trustworthiness of the Sunday Times, this publication’s base seems fairly unfazed: the publication dropped a mere 0.1% over the previous quarter, and 4.0% over last year.

The small weekly newspaper sector performed strongly quarter on quarter, driven by Soccer Laduma’s 6.1% increase in circulation. The 12-month view, however, shows an 11.2% decline. Over this period, the Mail & Guardian was down by 17.0%.

Local newspapers declined by 3.5% compared with the second quarter, and by 8.3% over the 12-month period. The Ladysmith Gazette enjoyed the greatest gain of 11.8% over the previous three months, and only experienced a slight negative shift of 0.7% over the longer term. There were strong performances from the Eikestadnuus up by 7.3% (and 5.4% over the comparable period) and the Zululand Observer Weekend, up by 6.4% and 4.7% over the two periods.

Conversely, the Mpumalanga News slid by 20.4% compared with April to June and by 8.3% over the longer period. The Stellalander dropped by 20.3% and 2.7% over the respective periods, whilst the Carletonville Herald took knocks of 12.5% and 19.3%.

Free newspapers were not immune to waning circulation. However relative newcomer, the Midkaroo Express, posted an impressive 19.8% increase over the previous quarter, while the Bloemfontein Courant (formerly Krant) was up by 13.2% and Village Talk by 9.2%.

Such successes were offset by the significant losses of Taxi Times (former Tame Times) down by 65.1% and of Umlazi Eyethu and Intshonalanga Eyethu, both down by 76.7% over the previous quarter.

The total magazine category experienced a slight 1% decline quarter on quarter but posted a notable 13.7% drop year on year.

Consumer magazines mirrored this closely – down by 1% over the quarter but dropping by 11.5% on the previous year. The motoring sector led the field, up by 5.1% quarter on quarter, (albeit down by 15.6% over the year).

While the women’s general and special interest categories were flat quarter on quarter, Marie Claire delivered the top growth, up by 17.5% from April – June. Clearly this was too little, too late for Associated Media Publishing which will close the publication after the December 2018 issue. Sterling figures were also delivered by this publisher’s Good Housekeeping/Goeie Huishouding (+14.1% on the quarter and +10.0% on the previous year) and Cosmopolitan (+10.9% and -8.2% respectively). Other strong performers were Living and Loving (+11.6%, and -7.3% respectively), and FAIRLADY (+8.9% and +5.4%).

The worst performing category was celebrity, comprising People (down by 9.6% and 23.2% over the two periods). The male sector dropped by 7.6% and 26.8% across the two periods, affected by both Destiny Man and GQ changing publishing frequency. However, two titles delivered robust figures: Popular Mechanics grew by 11.3% over the preceding three months and by 8.2% over the prior year. Men’s Health was up by 8.9% and fairly stable over the longer term (-0.1%).

In the case of professional publications, Accountancy SA drove the category with a 43.9% increase, while Kids Super Club (+7.5%) fuelled the youth sector. The in-flight category dropped by 7.0% due to Indwe not publishing in the third quarter. However, low cost airline, FlySafair’s inspiringly named In Flight Magazine posted a 5.5% quarterly growth and a 6.0% improvement on the prior year. Mango Juice was up by a notable 38.1% and 26.3% over the two periods. Within the custom electrical engineering publication, WattNow, took the biggest quarter on quarter knock of 12.7%.

Also sliding downwards were B2B magazines, losing 1.7% over the previous quarter and 8.5% over the prior year. The information and computer technology sector was up by 4.0% and 10.1%, while transport and logistics posted increases of 2.7% and 41.9%. Brainstorm was the driver of the former’s success, whilst Focus on Transport & Logistics, Freight & Trading Weekly and Truck & Bus delivered positive results in the latter category.

Retail publications struggled quarter on quarter, dropping by -20.8%, although they showed growth over the prior year (+12.7%). Particularly poor performances were posted by The International Convenience Store Retailer (-33.8% quarter on quarter) and Supermarket and Retailer (-65.8%).

However, three new ABC members joined the category: International Independent Trader, Pet Shop Pit Stop and Pharmacy Retailer. The electrical engineering sector was down by -56.4% over the previous three months, due to WattNow moving into the custom magazine category. Lacklustre performers across the rest of the B2B field were Mining Mirror, dropping 19.8% over April – June, and 24.3% over the previous year, and SA Jewellery News down by 16.5% and 22.3% respectively.

Lastly free magazines were fairly stable (-0.3%) over the past quarter, but down by 11% on the prior year. The most significant movement was from Get It (Northern KZN), unfortunately by a negative 14.9%.