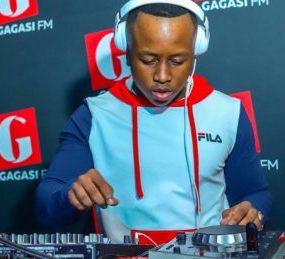 
The radio station known for being ‘the Sound of the City’, Gagasi FM, recently held a launch event for its new home at Cornubia Mall, located near Mt Edgecombe in Durban North.

“Over the past few years we have undergone an intensive process of reviewing our business environment and redefining how we needed to move forward,” he said. “From our company values, to performance measurements, to our on-air talent offering as well as enhancing consumer engagement across on-air, online and eventing platforms. In the process, certain elements about how the brand was being projected needed to change.”

The most significant move sees the station further diversifying its offerings and assets, with the idea being to move from solely a radio station to becoming a media lifestyle brand.

On the immediate horizon is the launch of GagasiWorld, a new online platform, while the scope of Gagasi Events, which has been operating for some time, will also be broadened.

“Moving towards the future, we needed a paradigm shift in our mindset. We needed to adopt forward thinking and begin to define our business beyond the parameters of radio in the traditional sense. This meant a new vision, a new perspective on the brand, a new beginning,” Zondi added.

Elaborating on the shift to a media lifestyle brand, Gagasi FM head of brand, Phinda Magwaza, said the reality was that the market was not staying the same, so “we need to remain relevant to consumers and their lifestyle patterns at the same time ensure that our media solutions also remain relevant to advertisers and their spending patterns. So when we say we are now a media lifestyle brand, we are responding directly to those market dynamics. Our new corporate identity and our new office space therefore speak to this new era of our business”.

Aside from the diversifying, the station is also seeing other moves. A new logo keeps the brand’s trademark ‘G’, but it has been refreshed to fit in with this new vision.

As mentioned, the station also has a new home, with state of the art studio and office.

The new building features a public and semi-public area on the ground floor to be used mostly for station guests. This space, which was used for the official launch of the premises, will also host various events such as music sessions, panel or roundtable discussions, cocktail parties etc. The main studio is close by too, allowing interaction with the public from the live studio environment.

Changes over the years

This is not the first time that Gagasi FM has undergone an evolution, though this is now on a larger scale.

When the station started broadcasting in 2006, it was referred to as Gagasi 99.5FM with the payoff line ‘The New Sound of the City’. Since the station’s reach was limited by frequency to Durban, Pietermaritzburg, and near South Coast and near North Coast, this was acceptable.

However, a few years later, the station added frequencies in other areas, including the remote parts of KZN, which then meant that 99.5 was no longer the main frequency. So the frequency was dropped from the name, and the tagline was changed to its current iteration, ‘The Sound of the City’.